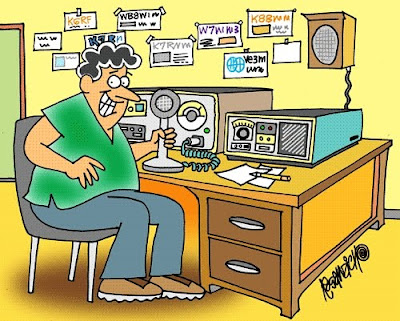 Does the government own the broadcast spectrum?

USA TODAY
Ham radio enthusiasts nationwide are concerned about a bill in Congress that they say would limit their ability to help in disasters and emergencies.

To offset lost revenue from that change, the bill includes a provision that would allow the 420-440 MHz frequencies currently provided free to amateur radio to be auctioned off.

Those frequencies are used not just by hobbyists but also by hundreds of thousands of Amateur Radio Emergency Service volunteers and severe-weather spotters working with National Weather Service.

"It's a bad idea. It's not good for public safety," said Harlin McEwen, chairman of a technology committee for the International Association of Chiefs of Police and a spokesman for the National Public Safety Telecommunications Council.

King stressed the importance of following a 9/11 Commission recommendation to develop a national wireless network for first responders.

He added that efforts are underway to address concerns of ham radio operators and others.

Rep. Billy Long, R-Mo., a co-sponsor of the bill, said he will work "to ensure that we are not cutting any vital emergency services and not adversely affecting ham radio operations."
Posted by Mercury at 6:45 AM