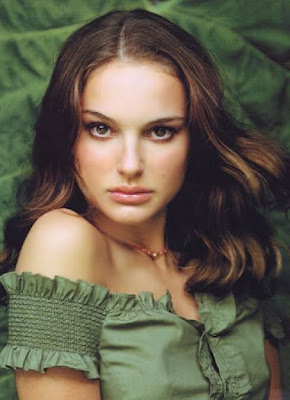 This is a bit unusual and I can only think of a few Congressmen [whose names escape me] and a member of the rock group Queen... Brian May .

The New York Times
The Intel Science Talent Search is considered the nation’s most elite and demanding high school research competition, attracting the crème de la milk-fats-encased-in-a-phospholipid-and-protein-membrane of aspiring young scientists. Victors and near-victors in the 69-year-old contest have gone on to win seven Nobel Prizes in physics or chemistry, two Fields Medals in mathematics, a half-dozen National Medals in science and technology, a long string of MacArthur Foundation “genius” grants — and now, an Academy Award for best actress in a leading role.

On Sunday night, the gorgeously pregnant Natalie Portman, 29, won an Oscar for her performance as Nina, a mentally precarious ballerina in the shock fantasy “Black Swan.” Among the lesser-known but nonetheless depressingly impressive details in Ms. Portman’s altogether too precociously storied career is that as a student at Syosset High School on Long Island back in the late 1990s, Ms. Portman made it all the way to the semifinal rounds of the Intel competition.

For those who know how grueling it can be to put together a prize-worthy project and devote hundreds of hours of “free” time at night, on weekends, during spring break and summer vacation, doing real, original scientific research while one’s friends are busy adolescing, the achievement is testimony enough to Ms. Portman’s self-discipline and drive.

Yet there’s more. While carrying out her investigation into a new, “environmentally friendly” method of converting waste into useful forms of energy, and maintaining the straight-A average she’d managed since grade school, Ms. Portman already was a rising movie star. She’d been in films directed by Woody Allen, Tim Burton and Luc Besson, appeared opposite Julia Roberts, Jack Nicholson, Matt Dillon, Uma Thurman, Drew Barrymore and I’m getting tired of typing celebrity names here. She took on the major role of Queen Amidala in the Star Wars prequel trilogy that rocketed her to international fame. And then she went on to Harvard University to study neuroscience and the evolution of the mind.

“I’ve taught at Harvard, Dartmouth and Vassar, and I’ve had the privilege of teaching a lot of very bright kids,” said Abigail A. Baird, who was one of Ms. Portman’s mentors at Harvard. “There are very few who are as inherently bright as Natalie is, who have as much intellectual horsepower, who work as hard as she did. She didn’t take a single thing for granted.”

Ms. Portman is one of a handful of high-profile actors who happen to have serious scientific credentials — awards, degrees, patents and theorems in their name.

Hedy Lamarr, the actress habitually regarded as “that most beautiful woman in Hollywood,” was a rocket scientist on the side, inventing and patenting a torpedo guidance technique she called “frequency hopping,” which thwarted efforts to jam the signals that kept the missiles on track.

As a teenager in the 1990s, Mayim Bialik starred in the title role of the hit kid-com “Blossom.” Now she appears in another hit sitcom aimed at slightly older kids, “The Big Bang Theory,” playing the adorably frumpy-nerdy Amy Farrah Fowler, a neurobiologist and sometime love interest for the adorably nerdy germophobic physicist Sheldon Cooper. The actress is pleased with her new role. After all, Dr. Bialik has a Ph.D. from U.C.L.A. in ... neurobiology. “I tell people, I am a neuroscientist, and I play one on TV,” said Dr. Bialik.

That relatively few screen stars have a scientific back story may seem surprising, given the immense popularity of the science fiction genre and evergreen narrative devices like the mad scientist, not to mention all the doctor shows and “CSI” spinoffs. Yet most actors who take on techie parts, tackling scripts that may be written with the help of scientific consultants, freely admit they simply mouth the lines without necessarily understanding their sense.

Leonard Nimoy, who played the most famous TV scientist of all time, Mr. Spock, came from an arts and theater background and in real life is nothing like his character. Yet he told me that because Mr. Spock and “Star Trek” have inspired so many young viewers to become scientists, researchers who meet him are always desperate to give him lab tours and explain the projects they’re pursuing in peer-to-peer terms. Mr. Nimoy nods sagely and intones to each one, “Well, it certainly looks like you’re headed in the right direction.”

Acting and science may simply appeal to very different personalities. If you’re eager for attention, fans and face recognition, scientific research is not for you. With few exceptions, even the most illustrious researchers in the world are utterly unknown to the wider public, an obscurity captured brilliantly in an Onion spoof about “the reckless throngs of photographers that relentlessly hound America’s top scientists.”

“Just because I’m a scientist,” one string theorist complained in the article, “doesn’t mean I have to completely surrender my privacy.” Moreover, if extreme good looks score you big points in a screen career, they can detract from being taken seriously in science.

Hedy Lamarr complained bitterly that people would look at her face and assume there was nothing behind it. Perhaps it was a case of projection. “When you see a very beautiful face, it’s stunning, and you yourself become stupefied,” said Lisa Heiserman Perkins, who has completed a documentary about Lamarr. “So you project your own stupidity onto the person you’re looking at.”

For her part, Dr. Bialik doesn’t see science and show business as being entirely immiscible liquids. In both cases, she said, “a large ego is necessary.” Everybody’s a pastry chef serving up humble pie. It’s humbling to audition for parts, and, said Dr. Bialik, “there’s nothing like being a graduate student to bring you to tears.”

Still, she loved the research, on the brain chemistry of patients with a genetic condition called Prader-Willi syndrome, and she loved being “hooded” for her doctorate while she was “very, very pregnant” with her second child. “Better pregnant and getting a doctorate,” she said, “than pregnant at your high school graduation.”

If anything, stories like Ms. Portman’s show that great success, like DNA, is constructed of a few basic building blocks: tenacity, focus, and the old Woody Allen line about just showing up.

Whether as a student in her class or a research assistant in her lab, said Dr. Baird, who is now an associate professor of psychology at Vassar, “Natalie never once asked for an extension or to be excused from her responsibilities.”

If she was scheduled to appear on the Letterman show, for example, she would finish her paper early. “She’s sincerely confident and has a good grasp of her strengths and weaknesses,” said Dr. Baird, and she is wise beyond her years. “One of things she said was: ‘It’s weird that there are so many people at Harvard who do amazing things outside the classroom. It just so happens that people like to watch what I do.’ ”

You can be a scientist, but if you want your name in lights, you’d better play one on TV.
Posted by Mercury at 10:38 AM