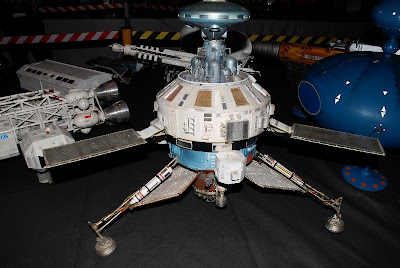 More than three decades after the spacecraft launched, it sends data from the edge of the solar system proving theorists wrong: Solar wind does not curtail sharply in that region after all, but rather moves in a different direction.

Los Angeles Times
Voyager 1, the little spacecraft that could, is nearing the edge of the solar system and continuing to prove theorists wrong about solar wind — the massive outflow of particles produced by the sun.

The tiny spacecraft, launched 33 years ago, is now 10.8 billion miles from Earth and has reached the region of the solar system where the hot ionized gas, or plasma, emitted by the sun is ramming into the cold gas and dust of interstellar space and changing direction, curling around to envelope the solar system in a giant cloud called the heliosphere.

As a result, the solar wind is no longer going in the same direction as Voyager, but virtually perpendicular to it, and the spacecraft is actually measuring a small inward speed of the ionized gas, said Edward Stone of Caltech, the Voyager 1 project scientist.

Researchers first detected that inward speed in June, when Voyager was about 10.6 billion miles from Earth, but have taken measurements for another four months to ensure that they had not simply encountered an area of localized turbulence, said Tom Krimigis of the Jet Propulsion Laboratory in La Canada Flintridge, the principal investigator for the instrument that collects the solar wind data.

Krimigis presented the data Tuesday at a San Francisco meeting of the American Geophysical Union.

Once the solar wind crashes into the interstellar medium and circles back in the heliosphere, it eventually forms a giant tail like a comet before dissipating into the void, Stone said. Voyager has been in this region for six years, traveling about 35,000 mph, he said, "and I expect it will be there for another four."

Previous models of the solar wind predicted that it would drop off sharply once it encountered the interstellar medium, "but it hasn't dropped off a cliff," Krimigis said.

The models had also predicted that many years ago Voyager would have crossed a region called the termination shock, where the solar wind dramatically slows down. But that didn't occur until 2004, he said.

"The track record between theory and observation is essentially 0-for-theory," he said.

That poor showing doesn't faze Stone. "This is the first time we have actually had data to inform our models and better understand how the sun is interacting with [the] outside," he said, and that should help scientists build much better models.

Krimigis added that researchers might alter the path of Voyager to send it into an area where the solar wind is being funneled by its collision with the interstellar medium. At its current distance from the Earth, it takes about 15.5 hours to send a command to the spacecraft and a similar time to receive an acknowledgment.

Voyager 1 and its little sister, Voyager 2, were launched in 1977 to tour the outer planets of the solar system. Voyager 2 is currently heading in a different direction at 38,000 mph and is 8.8 billion miles from Earth. "There is no doubt" that both of the vessels will leave the heliosphere, Stone said. "The only question is, will they have electrical power" when they do?

The Voyagers are powered by the radioactive isotope plutonium-238. As long as the instruments survive, power will remain available to at least some of them until about 2020. "They have been remarkably durable," he said.
Posted by Mercury at 7:40 AM