Lana Ashford...caught in the jaws of Bank of America's rigid mortgage rules 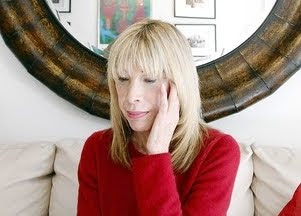 I am sure this situation will be resolved but it exemplifies one of many issues that people face everyday when confronted with laws and financial regulations.

Homeowner says Bank of America refinanced her mortgage, then stopped taking her payments. Next, it threatened to seize her condo.

latimes.com
Barely a week goes by without someone contacting me to say that a bank is trying to steal their home. Often, this "theft" is the result of unpaid mortgages that have resulted in foreclosure.

But every so often, I hear from someone who seems to have become genuinely entangled in a banking system that is both rigid in its dealings with customers and deaf to legitimate pleas for help.

That's the case with Lana Ashford, who faces the loss of her Marina del Rey condo to Bank of America because of what turned into the refi from hell.

It's a story worth telling, if for no other reason than because bankers, lawmakers and regulators need to be reminded from time to time that the housing mess involves real people and that many folks find themselves in trouble through no fault of their own.

It's a story worth telling because, quite simply, it could happen to any of us.

BofA, which this week agreed to pay $137 million to settle charges that it helped rig bids on municipal bond contracts, says it was justified in how it treated Ashford. But a bank spokesman said BofA would take a closer look at the case.

Ashford, 63, works as sales director for a Hermosa Beach hotel. She'd been paying about $3,100 a month in mortgage payments for her two-bedroom condo, which she bought 25 years ago.

She wanted to lower her monthly payments and spoke with a BofA rep about her options. Because her loan was with Countrywide Financial, which BofA acquired in 2008, Ashford said, she was told this shouldn't be much of a problem.

BofA said it could offer her a lower-interest, 30-year loan that would cut her monthly payments to about $1,600.

"This sounded like a great deal," Ashford told me. "That's why I wanted to go with it. Now I wish I never had."

There were some early signs of trouble. The bank wanted to see additional paperwork before committing to the refi. Then it sent Ashford a contract that she signed but that BofA subsequently said contained errors. A new contract was sent.

BofA had also said the closing cost of the refi would be relatively low, but then Ashford discovered in the paperwork that she was being charged $6,000. The bank lowered it to $1,900.

The refi contract was scheduled to be signed Aug. 26, 2009. But a notary hired by BofA failed to show up.

Ashford signed the contract the next day, Aug. 27, and this time the notary was on hand to make it official. Ashford paid the $1,900 in fees and submitted her first mortgage payment of $1,607. BofA cashed both checks.

That missed day, though, would turn out to be crucial.

Not long after the documents were signed, Ashford said, she started receiving messages from the bank asking her to get in touch. She said she tried — repeatedly — but couldn't get through to a human being.

Finally, last October, she managed to connect with a service rep, who informed Ashford that her loan wasn't in the system.

After bouncing around BofA's service network and speaking with numerous reps, Ashford said that even though she'd signed a notarized contract in August, and even though BofA had cashed her checks, her loan had in fact been declined in September.

How could that be? No one at the bank was able to tell her.

Ashford retained a lawyer, who sent a letter to BofA warning that the bank was in breach of contract and asking for the agreed-upon refi to be reinstated. Shortly afterward, BofA stopped cashing Ashford's mortgage checks and returned the original payments.

"I couldn't make them cash them," she said. "So now it looked like I was delinquent on my loan."

It turns out that Ashford's refi was doomed from the start. That's because federal law requires that borrowers be given three business days to reconsider their decision before a lender funds a loan.

Ashford's contract specified that the loan had to be funded by Aug. 31. But because of the missed appointment by the notary, there was no way the terms of the loan could be met. Once Sept. 1 arrived, all bets were off.

In March, Ashford received a notice of trustee's sale informing her that she was in default on her loan and that her home could be sold at any time after 20 days.

"I think they're determined to sell my condo," Ashford said. "This has been my home for 25 years, but the bank seems to want me out. Maybe they think they can get a lot for it if they sell it."

Rick Simon, a BofA spokesman, said that "during the period in 2009 when Bank of America was working with Ms. Ashford, there were changes in her credit profile that provided valid underwriting reasons for her loan to be declined."

He declined to elaborate on how Ashford's credit profile had changed.

Ashford assumes that the changed credit profile reflects a single mortgage payment she missed earlier in the refi process, when she believed the lower monthly rate was about to kick in. She said she was told at the time by a BofA loan officer that this wasn't a problem and that the missed payment would be included with the final refi package.

Simon acknowledged that BofA moved ahead with the loan even though it was aware of the credit issue. He also admitted that Ashford wasn't to blame for the timing of the contract notarization or the missed funding deadline.

"We are reviewing our processes, with particular concern about why the document signing took place," he said, adding that BofA may resurrect the original refi "if we find fault in the processes relating to her loan."

Here's the bottom line: Ashford acted entirely in good faith and did nothing wrong, and for more than a year she's been given the run-around by BofA and now faces the loss of her home. The bank is to blame for this mess, yet it's either unwilling or unable to take responsibility for its actions.

That's not good enough.
Posted by Mercury at 7:46 AM