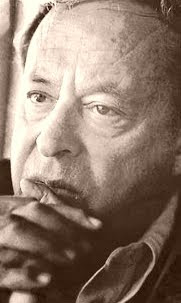 Designed to kill living things but inflict little damage on property, the neutron bomb has about a tenth the explosive power of other nuclear weapons. President Reagan ordered 700 neutron warheads during the Cold War, but they were later dismantled.

Los Angeles Times
Samuel T. Cohen, the father of the controversial tactical nuclear weapon known as the neutron bomb, which was designed to kill people and other living things but inflict minimal damage on buildings and other property, died Sunday at his home in Brentwood. He was 89 and died two weeks after the removal of a cancerous tumor from his stomach, according to his son Paul.

A conventional nuclear weapon releases massive amounts of radiation and heat that incinerates humans and inanimate objects alike, leaving behind radioactive debris that contaminates the area for years or decades. A neutron bomb, or enhanced radiation weapon, in contrast, has only about a tenth the explosive power of a comparable fission weapon, and most of its output is in the form of neutrons — tiny neutral particles that can pass through walls, vehicles, tanks, armor and other inanimate objects with little or no damage.

But those neutrons cause severe, lethal damage to the nuclei of living cells, killing combatants quickly. Because of its limited range, however, there is little risk to civilians not in the field of battle and little or no residual radiation to threaten the environment after the conflict.

"It's the most sane and moral weapon ever devised," Cohen said in an interview with the New York Times shortly before his death. "It's the only nuclear weapon in history that makes sense in waging war. When the war is over, the world is still intact."

Critics, however, took a different view, contending that the limited damage associated with the neutron bomb would make nuclear warfare more acceptable and that, in turn, could lead to full-scale nuclear retaliation.

Soviet Premier Nikita Khrushchev called the neutron bomb the ultimate capitalist weapon, built "to kill a man in such a way that his suit will not be stained with blood, in order to appropriate the suit."

Cohen relentlessly promoted the weapon throughout his career, arguing his case before presidents, members of Congress and scientific bodies. Presidents Kennedy, Johnson and Carter rejected it, arguing that it would upset the existing balance of power and test-ban moratoriums.

In 1981, however, President Reagan ordered 700 neutron warheads built to oppose the massive Soviet tank force that had been strategically positioned in Eastern Europe. He viewed the bomb as the only tactical weapon that could effectively stop the tanks without also destroying much of the continent. The weapons were later dismantled in the face of widespread protests and the disintegration of the Soviet Union.

France, China, Russia and Israel are also thought to have produced neutron weapons, but it is not known if they still have any.

Samuel Theodore Cohen was born in Brooklyn, New York, on Jan. 25, 1921, to Austrian Jews who migrated to the United States by way of Britain. When he was 4, the family moved to Los Angeles, where his father worked as a carpenter on movie sets. Young Samuel suffered allergies, eye problems and other ailments, and his mother put him on a rigidly controlled diet, regular purges and daily ice-water showers to toughen him up, and fed him so much carrot juice that his skin was often yellow.

A brilliant student, he studied physics at UCLA, receiving a bachelor's degree in 1943. After joining the Army, he was posted to MIT for advanced training in physics and math, then selected for work on the Manhattan Project. Although he never received a doctoral degree, he calculated neutron densities on Fat Man, the bomb that was dropped on Nagasaki, Japan.

After World War II, he joined the RAND Corp. in Santa Monica and spent most of his career there. He said the inspiration for the neutron bomb was a 1951 visit to Seoul, which had been largely destroyed in the Korean War. In his memoir, he wrote: "If we are going to go on fighting these damned fool wars in the future, shelling and bombing cities to smithereens and wrecking the lives of their inhabitants, might there be some kind of nuclear weapon that could avoid all this?"

He designed the neutron bomb using pencil, paper and a slide rule given to him by his father for his 15th birthday.

Cohen is survived by his wife of 50 years, the former Margaret Munnemann; two sons, Paul and Thomas, both of Los Angeles; a daughter, Carla Nagler of Santa Fe, N.M.; and three grandchildren.

The New York Times
Samuel T. Cohen, the physicist who invented the small tactical nuclear weapon known as the neutron bomb, a controversial device designed to kill enemy troops with subatomic particles but leave battlefields and cities relatively intact, died on Sunday at his home in Los Angeles. He was 89.

The cause was complications of stomach cancer, his son Paul said.

Unlike J. Robert Oppenheimer and Edward Teller, the respective fathers of the atomic and hydrogen bombs, Mr. Cohen was not well known outside government and scientific circles, although his work for years influenced the international debate over the deployment and potential uses of nuclear arms.

In contrast to strategic warheads, which can kill millions and level cities, and smaller short-range tactical nuclear arms designed to wipe out battlefield forces, the neutron bomb minimized blast and heat. Instead, it maximized a barrage of infinitesimal neutrons that could zip through tanks, buildings and other structures and kill people, usually by destroying the central nervous system, and all other life forms.

While doubters questioned the usefulness, logic and ethics of killing people and sparing property, Mr. Cohen called his bomb a “sane” and “moral” weapon that could limit death, destruction and radioactive contamination, killing combatants while leaving civilians and towns unscathed. He insisted that many critics misunderstood or purposely misrepresented his ideas for political, economic or mercenary reasons.

A specialist in the radiological effects of nuclear weapons, he relentlessly promoted the neutron bomb for much of his life, writing books and articles, conferring with presidents and cabinet officials, taking his case to Congressional committees, scientific bodies and international forums. He won many converts, but ultimately failed to persuade the United States to integrate the device into its tactical nuclear arsenal.

The Reagan administration developed but never deployed the weapons in the 1980s. France, Israel and the Soviet Union were believed to have added versions of the bomb to their arsenals. Western military planners rejected their use in the Vietnam War and regarded them only as a possible deterrent to superior Soviet tank forces in Europe. But the end of the cold war obviated even that purpose.

A graduate of the University of California, Los Angeles, Mr. Cohen was recruited while in the Army in World War II for the Manhattan Project, which developed the first atomic bomb at Los Alamos, N.M. After the war, he joined the RAND Corporation and in 1958 designed the neutron bomb as a way to strike a cluster of enemy forces while sparing infrastructure and distant civilian populations.

Fired via a missile or an artillery shell and detonated a quarter-mile above ground, his bomb limited death to an area less than a mile across, avoiding wider indiscriminate slaughter and destruction. It was not a radioactively “clean” bomb, but its neutrons dissipated quickly, leaving no long-term contamination that could render entire regions uninhabitable for decades.

But many military planners scoffed at the idea of a nuclear bomb that limited killing and destruction, and insisted that deployment would escalate the arms race and make nuclear war more likely. The device was anathema to military contractors and armed services with vested interests in nuclear arsenals. Even peace activists denounced it as “a capitalist weapon” because it killed people but spared the real estate.

Washington rejected the bomb repeatedly. The Kennedy administration said it might jeopardize a test-ban moratorium. The Johnson administration said its use in Vietnam might raise the specter of Hiroshima — Asians again slaughtered by American nuclear bombs — drawing worldwide condemnation. In 1978, President Jimmy Carter said development might impede disarmament prospects.

In 1981, President Ronald Reagan ordered 700 neutron warheads built to oppose Soviet tank forces in Europe. He called it “the first weapon that’s come along in a long time that could easily and economically alter the balance of power.” But deployment to the North Atlantic alliance was canceled after a storm of antinuclear protests across Europe. President George Bush ordered the stockpile scrapped.

By 1982, Mr. Cohen had abandoned his deployment quest. But he continued for the rest of his life to defend the bomb as practical and humane.

“It’s the most sane and moral weapon ever devised,” he said in September in a telephone interview for this obituary. “It’s the only nuclear weapon in history that makes sense in waging war. When the war is over, the world is still intact.”

Samuel Theodore Cohen was born in Brooklyn on Jan. 25, 1921, to Lazarus and Jenny Cohen, Austrian Jews who had migrated to the United States by way of Britain. His father was a carpenter and his mother a housewife who rigidly controlled family diets and even breathing habits (believing it unhealthy to breathe through the mouth). The boy had allergies, eye problems and other ailments, and for years was subjected to daily ice-water showers to toughen him up.

The family moved to Los Angeles when he was 4. He was a brilliant student at public schools and U.C.L.A., where he graduated in 1943 with a physics degree. He joined the wartime Army and was posted to the Massachusetts Institute of Technology for advanced training in mathematics and physics.

In 1944 he was tapped for the Manhattan Project to analyze radioactivity in nuclear fission. He worked on Fat Man, the bomb dropped on Nagasaki in 1945, days after Little Boy destroyed Hiroshima.

Mr. Cohen was married twice. His first marriage, to Barbara Bissell in 1948, ended in divorce in 1952. In 1960, he married Margaret Munnemann. She survives him, as do their three children, Carla Nagler, Paul and Thomas, and three grandchildren.

Mr. Cohen joined RAND in Santa Monica in 1947 and 11 years later designed the neutron bomb as a consultant to the Lawrence Livermore National Laboratory. Many technical features of what the Pentagon called an “enhanced radiation weapon” had been known for years, and scientists had theorized about a nuclear device that would release most of its energy as radiation.

All nuclear explosions produce a rain of potentially lethal neutrons, uncharged particles from an atom’s nucleus, and Mr. Cohen, by adjusting components and reshaping the bomb shell, limited the blast and released more energy as neutrons — so tiny they passed easily through solid inanimate objects, but killed all living things in their path.

The military successfully tested the bomb, and over the next two decades Mr. Cohen campaigned for its deployment without success. He left RAND in 1969, but continued writing about the bomb. His articles appeared in The Washington Post, The New York Times, The Wall Street Journal and other publications. He was featured in a 1992 segment of the BBC-TV series “Pandora’s Box.”

Most scientists call the substance mythical, and stories about it, many circulating on the Internet, are widely regarded as spurious.

Samuel T. Cohen [Wikipedia]
Posted by Mercury at 10:04 AM