The law but not justice 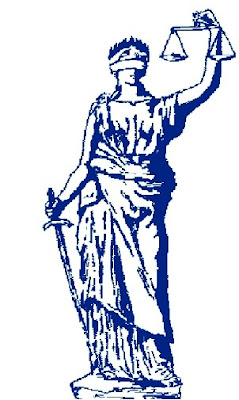 "Court says county doesn’t have to pay for mistake"

The Midwest Democracy Project
The Supreme Court says Los Angeles County does not have to pay attorney fees to a couple listed as child abusers even though they were declared innocent years ago.

Craig and Wendy Humphries were arrested by sheriff’s deputies nine years ago after their rebellious daughter accused them of abuse. State courts ruled the allegation was false but they remain on California’s Child Abuse Central Index.

In 2008, the 9th U.S. Circuit Court of Appeals in San Francisco found the system unconstitutional because there’s no way for the innocent to clear their names. It ordered the state to come up with a new system and the county to pay $60,000 in attorney fees to the Humphries.

The high court reversed and remanded that decision, saying Los Angeles County does not have to pay.

Los Angeles County argued that it could only be held liable and pay damages if a county policy or custom cause a violation of a constitutional right under a 1978 Supreme Court decision in Monell v. New York City Department of Social Services.

The Child Abuse Central Index was a state policy, the county argued.

The federal appeals courts had also split on whether Monell applies only to damages, or if it also applies to prospective relief as well like injunctions or declaratory judgments such as the Ninth Circuit’s decision to give the Humphries attorney fees.

Justice Stephen Breyer, who wrote the 8-0 opinion for the court, said that it does.

“We conclude that Monell’s holding applies to claims against municipalities for prospective relief as well as to claims for damages,” Breyer said.

Justice Elena Kagan did not take part in the consideration and decision of the case because she worked on it while in the solicitor general’s office.