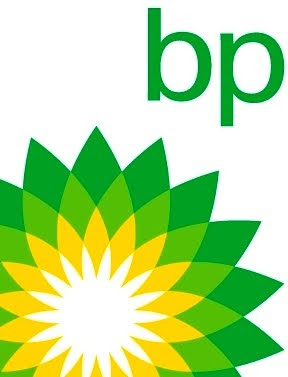 Sure, they have a right to challenge anything but wouldn't it be wiser to absorb the punches and move on?

"BP Is Planning to Challenge Estimates of Oil Spill"

The New York Times
BP intends to challenge official government estimates of how much oil leaked from its runaway well in the Gulf of Mexico, a move that could reduce its legal liability by billions of dollars, according to documents the company filed with the presidential commission investigating the spill.

In August, federal scientists estimated that 4.9 million barrels of oil had leaked from the well before it was capped on July 15, a figure that BP now argues is 20 to 50 percent too high. Under the Clean Water Act, BP faces fines of up to $21 billion, or $4,300 per barrel, if courts determine that it acted with gross negligence before the accident.

BP has not offered its own estimates of how much oil spilled, but in the documents filed with the National Commission on the BP Deepwater Horizon Oil Spill and Offshore Drilling, it questioned the accuracy of the government’s figures, Priya Aiyar, the panel’s deputy chief counsel, said at its final hearing on Friday.

In a letter to the commission in October, BP argued that official estimates by the United States Geological Survey and the Energy Department were “flawed.”

“They rely on incomplete or inaccurate information, rest in large part on assumptions that have not been validated, and are subject to far greater uncertainties than have been acknowledged,” the company wrote.

In a statement on Friday, the Energy Department said it stood by its estimates.

“The government’s estimates about the flow rate were based on the best available data and rigorous analysis by world-leading scientists from inside and outside of government and the full resources of our national laboratories,” said Stephanie Mueller, an agency spokeswoman.

Representative Edward J. Markey, chairman of the House Subcommittee on Energy and the Environment, said it was no surprise that BP would argue that the spill estimates were too high. In hearings, subcommittee members questioned early estimates made by BP and federal officials that were later shown to vastly underestimate the flow rate of oil from the well.

“During the disaster, BP did whatever it could to avoid revealing the true flow rate of the spill,” Mr. Markey, Democrat of Massachusetts, said in a statement.

Preliminary estimates by BP and federal officials put the flow of oil from the well at 1,000 to 5,000 barrels a day, but detailed analysis by government and independent scientists later determined it had probably reached as high as 60,000 barrels a day.

In a statement on Friday, BP called the later estimates “highly unreliable.” Mr. Markey officially asked BP to turn over all documents related to its efforts to calculate the flow from the well.
Posted by Mercury at 3:50 PM