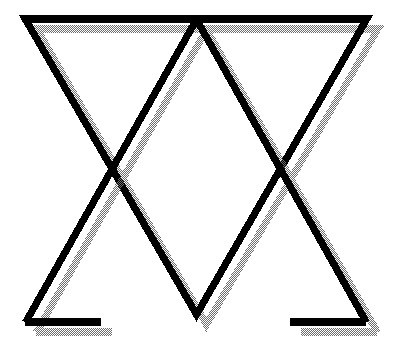 The New York Times
Scientists said Thursday that they had trained a bacterium to eat and grow on a diet of arsenic, in place of phosphorus — one of six elements considered essential for life — opening up the possibility that organisms could exist elsewhere in the universe or even here on Earth using biochemical powers we have not yet dared to dream about.

The bacterium, scraped from the bottom of Mono Lake in California and grown for months in a lab mixture containing arsenic, gradually swapped out atoms of phosphorus in its little body for atoms of arsenic.

Scientists said the results, if confirmed, would expand the notion of what life could be and where it could be. “There is basic mystery, when you look at life,” said Dimitar Sasselov, an astronomer at the Harvard-Smithsonian Center for Astrophysics and director of an institute on the origins of life there, who was not involved in the work. “Nature only uses a restrictive set of molecules and chemical reactions out of many thousands available. This is our first glimmer that maybe there are other options.”

Felisa Wolfe-Simon, a NASA astrobiology fellow at the United States Geological Survey in Menlo Park, Calif., who led the experiment, said, “This is a microbe that has solved the problem of how to live in a different way.”

This story is not about Mono Lake or arsenic, she said, but about “cracking open the door and finding that what we think are fixed constants of life are not.”

Dr. Wolfe-Simon and her colleagues publish their findings Friday in Science.

Caleb Scharf, an astrobiologist at Columbia University who was not part of the research, said he was amazed. “It’s like if you or I morphed into fully functioning cyborgs after being thrown into a room of electronic scrap with nothing to eat,” he said.

Gerald Joyce, a chemist and molecular biologist at the Scripps Research Institute in La Jolla, Calif., said the work “shows in principle that you could have a different form of life,” but noted that even these bacteria are affixed to the same tree of life as the rest of us, like the extremophiles that exist in ocean vents.

“It’s a really nice story about adaptability of our life form,” he said. “It gives food for thought about what might be possible in another world.”

The results could have a major impact on space missions to Mars and elsewhere looking for life. The experiments on such missions are designed to ferret out the handful of chemical elements and reactions that have been known to characterize life on Earth. The Viking landers that failed to find life on Mars in 1976, Dr. Wolfe-Simon pointed out, were designed before the discovery of tube worms and other weird life in undersea vents and the dry valleys of Antarctica revolutionized ideas about the evolution of life on Earth.

Dr. Sasselov said, “I would like to know, when designing experiments and instruments to look for life, whether I should be looking for same stuff as here on Earth, or whether there are other options.

“Are we going to look for same molecules we love and know here, or broaden our search?”

Phosphorus is one of six chemical elements that have long been thought to be essential for all Life As We Know It. The others are carbon, oxygen, nitrogen, hydrogen and sulfur.

While nature has been able to engineer substitutes for some of the other elements that exist in trace amounts for specialized purposes — like iron to carry oxygen — until now there has been no substitute for the basic six elements. Now, scientists say, these results will stimulate a lot of work on what other chemical replacements might be possible. The most fabled, much loved by science fiction authors but not ever established, is the substitution of silicon for carbon.

Phosphorus chains form the backbone of DNA and its chemical bonds, particularly in a molecule known as adenosine triphosphate, the principal means by which biological creatures store energy. “It’s like a little battery that carries chemical energy within cells,” said Dr. Scharf. So important are these “batteries,” Dr. Scharf said, that the temperature at which they break down, about 160 Celsius (320 Fahrenheit), is considered the high-temperature limit for life.

Arsenic sits right beneath phosphorus in the periodic table of the elements and shares many of its chemical properties. Indeed, that chemical closeness is what makes it toxic, Dr. Wolfe-Simon said, allowing it to slip easily into a cell’s machinery where it then gums things up, like bad oil in a car engine.

At a conference at Arizona State about alien life in 2006, however, Dr. Wolfe-Simon suggested that an organism that could cope with arsenic might actually have incorporated arsenic instead of phosphorus into its lifestyle. In a subsequent paper in The International Journal of Astrobiology, she and Ariel Anbar and Paul Davies, both of Arizona State University, predicted the existence of arsenic-loving life forms.

“Then Felisa found them!” said Dr. Davies, who has long championed the idea of searching for “weird life” on Earth as well as in space and is a co-author on the new paper.

Reasoning that such organisms were more likely to be found in environments already rich in arsenic, Dr. Wolfe-Simon and her colleagues scooped up a test tube full of mud from Mono Lake, which is salty, alkaline and already heavy in arsenic, and gradually fed them more and more.

Despite her prediction that such arsenic-eating organisms existed, Dr. Wolfe-Simon said that she held her breath every day that she went to the lab, expecting to hear that the microbes had died, but they did not. “As a biochemist, this stuff doesn’t make sense,” she recalled thinking.

A bacterium known as strain GFAJ-1 of the Halomonadaceae family of Gammaproteobacteria, proved to grow the best of the microbes from the lake, although not without changes from their normal development. The cells grown in the arsenic came out about 60 percent larger than cells grown with phosphorus, but with large, empty internal spaces.

By labeling the arsenic with radioactivity, the researchers were able to conclude that arsenic atoms had taken up position in the microbe’s DNA as well as in other molecules within it. Dr. Joyce, however, said that the experimenters had yet to provide a “smoking gun” that there was arsenic in the backbone of working DNA.

Despite this taste for arsenic, the authors also reported, the GFAJ-1 strain grew considerably better when provided with phosphorus, so in some ways they still prefer a phosphorus diet. Dr. Joyce, from his reading of the paper, concurred, pointing out that there was still some phosphorus in the bacterium even after all its force-feeding with arsenic. He described it as “clinging to every last phosphate molecule, and really living on the edge.”

Dr. Joyce added, “I was feeling sorry for the bugs.”


Boron vs carbon
Posted by Mercury at 2:55 PM