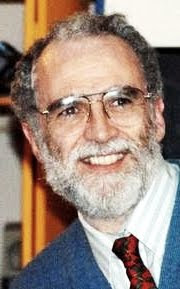 "...chairman of the physics and astronomy department, asked about his religious beliefs."

The University of Kentucky hired someone else. And Dr. Gaskell sued the institution.

Whether his faith cost him the job and whether certain religious beliefs may legally render people unfit for certain jobs are among the questions raised by the case, Gaskell v. University of Kentucky.

In late November, a federal judge in Kentucky ruled that the case could go forward, and a trial is scheduled for February. The case represents a rare example, experts say, of a lawsuit by a scientist who alleges academic persecution for his religious faith.

Both sides agree that Dr. Gaskell, 57, was invited to the university, in Lexington, for a job interview. In his lawsuit, he says that at the end of the interview, Michael Cavagnero, the chairman of the physics and astronomy department, asked about his religious beliefs.

Federal law prohibits discrimination on the basis of religion, so interviewers typically do not ask about an applicant’s faith. Depositions and e-mails submitted as evidence suggest why Dr. Cavagnero may have raised the issue with Dr. Gaskell.

For the plaintiff, the smoking gun is an e-mail dated Sept. 21, 2007, from a department staff member, Sally A. Shafer, to Dr. Cavagnero and another colleague. Ms. Shafer wrote that she did an Internet search on Dr. Gaskell and found links to his notes for a lecture that explores, among other topics, how the Bible could relate to contemporary astronomy.

“Clearly this man is complex and likely fascinating to talk with,” Ms. Shafer wrote, “but potentially evangelical. If we hire him, we should expect similar content to be posted on or directly linked from the department Web site.”

In his deposition, Dr. Cavagnero recalled reading Ms. Shafer’s e-mail and said he discussed Dr. Gaskell’s faith with the department chairman at the University of Nebraska, where Dr. Gaskell worked at the time. Dr. Cavagnero also said a colleague, Moshe Elitzur, worried that Dr. Gaskell “had outspoken public views about creationism and evolution.”

Dr. Elitzur, in his deposition, said he feared that bad publicity could arise from bringing Dr. Gaskell to the university, which is less than 100 miles from the Creation Museum, in Petersburg, Ky.

“There’s no way you can avoid the headline in The Herald-Leader saying ‘U.K. hires a creationist for public outreach,’ ” Dr. Elitzur remembered saying.

Referring to Ms. Shafer’s concern that Dr. Gaskell was “potentially evangelical,” Francis J. Manion, Dr. Gaskell’s lawyer, said: “I couldn’t have made up a better quote. ‘We like this guy, but he is potentially Jewish’? ‘Potentially Muslim’?”

Dr. Elitzur and Dr. Cavagnero did not return phone calls for comment. Reached by phone, Ms. Shafer said that “it would not be a good idea” for her to answer questions. Jay Blanton, a university spokesman, said the hiring committee “had a responsibility to discuss his comments on evolution and science in general. Part of the job is lecturing publicly on science.”

Dr. Gaskell has written that “there are significant scientific problems in evolutionary theory (a good thing or else many biologists and geologists would be out of a job.)” And in the lecture notes Ms. Shafer found online, Dr. Gaskell tried to reconcile the creation account in Genesis with recent astronomical findings.

Dr. Gaskell, however, said he accepted standard evolutionary science. In e-mail responses to questions, he said he was not a creationist and did not deny the theory of evolution.

The University of Kentucky says it chose another candidate for the job based on “bona fide occupational qualifications.”

With his faith, Dr. Gaskell, who now works at the University of Texas but has accepted a job in Chile, does embrace views that most of his peers find indefensible. In a 1998 survey, 7.5 percent of physicists and astronomers in the National Academy of Sciences said they believed in God — and many of the believers would still concede that science explains the universe better than a reading of Genesis.

Daniel Mach, who works on religious freedom issues for the American Civil Liberties Union, said he knew of no cases similar to the one filed by Mr. Gaskell.

At least two scientists have made accusations of similar discrimination, but neither sued. Richard Sternberg, a biologist, said he was harassed after a journal he edited published a paper, in 2004, supporting the “intelligent design” theory of the universe, which scientists generally say owes more to religion than to science. And an astrophysicist, Guillermo Gonzalez, said he was denied tenure by Iowa State University in 2007 because of his advocacy of intelligent design.
Posted by Mercury at 11:47 AM

true science is compatible with true religion. the challenge man has is determining what is true.