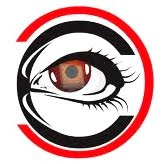 Good idea but there is no guarantee that someone isn't looking at your browser. And note, it is the F.T.C. and not other government agencies.

The New York Times
Signaling a sea change in the debate over Internet privacy, the government’s top consumer protection agency on Wednesday advocated a plan that would let consumers choose whether they want their Internet browsing and buying habits monitored.

Saying that online companies have failed to protect the privacy of Internet users, the Federal Trade Commission recommended a broad framework for commercial use of Web consumer data, including a simple and universal “do not track” mechanism that would essentially give consumers the type of control they gained over marketers with the national “do not call” registry.

Those measures, if widely used, could directly affect the billions of dollars in business done by online advertising companies and by technology giants like Google that collect highly focused information about consumers that can be used to deliver personalized advertising to them.

While the report is critical of many current industry practices, the commission will probably need the help of Congress to enact some of its recommendations. For now, the trade commission hopes to adopt an approach that it calls “privacy by design,” where companies are required to build protections into their everyday business practices.

“Despite some good actors, self-regulation of privacy has not worked adequately and is not working adequately for American consumers,” Jon Leibowitz, the chairman of the trade commission, said. “We’d like to see companies work a lot faster to make consumer choice easier.”

Many of the problems the F.T.C. is trying to tackle involve third parties that use technology to surreptitiously follow a user around the Web, collecting data and then selling it, usually without the user’s knowledge.

“Our main concern,” Mr. Leibowitz said, “is the sites and services that are connecting the dots between different times and places that a consumer is online and building a profile of what a consumer is doing.”

The recommendations, which were contained in a 79-page report, were cautiously received by browser makers including Google, Mozilla and Microsoft, who said they would examine the report and provide feedback to the commission.

Mike Zaneis, the senior vice president and general counsel of the Interactive Advertising Bureau, said the industry generally supported the concepts proposed but opposed some of the strict measures preferred by consumer advocates.

The online advertising industry, Mr. Zaneis said, would suffer “significant economic harm” if the government controlled the do-not-track mechanism and there was “a high participation rate similar to that of do not call.” Mr. Zaneis said the industry would continue to build upon a self-regulatory framework and had recently put in place the use of icons on select online advertisements that allow users to opt out of customized advertising.

“If your goal is to have a red flashing icon that says, ‘Click here to opt out of targeting,’ and to incentivize people to opt out, then we don’t share that goal,” Mr. Zaneis said.

Currently, millions of Internet users who want to opt out of behavioral tracking have to navigate their browser privacy controls, download plug-ins or opt out by clicking on an icon near an ad that is part of the industry self-regulatory program.

Mr. Leibowitz said the commission’s report was not a call for legislation but a guide to lawmakers and regulators.

“Most of us on the commission believe it is time for a ‘do not track’ mechanism,” Mr. Leibowitz said. But at least one commissioner refused to support the issuance of a report that included requiring the mechanism.

In addition, David C. Vladeck, director of the commission’s consumer protection bureau, said Wednesday at a conference sponsored by Consumer Watchdog, “I do not think that under the F.T.C.’s existing authority we could mandate unilaterally a system of ‘do not track.’ ”

The F.T.C. report asks for the public and industry to comment on its recommendations and to make other suggestions over the next two months.

On Thursday, the House Subcommittee on Commerce, Trade and Consumer Protection will hold a hearing to examine the feasibility of a simple method of opting out of online tracking.

If Congress were to mandate a “do not track” feature, it could upend the business models of some advertising agencies and companies who gather consumer data and build profiles of Internet users. But it would not prevent basic targeted advertising, where an individual site serves up ads related to a search terms.

Marc Rotenberg, the executive director for the Electronic Privacy Information Center, said the proposal of a ‘do not track’ mechanism was an important step but not the end of the conversation.

“There’s a growing sense that the online ad industry is out of control from a privacy perspective and that some rules need to be put in place,” said Mr. Rotenberg, whose organization has not decided whether to support the ‘do not track’ proposal. “I don’t think we’re at the point yet where we can say ‘do not track’ is the silver bullet when it comes to online advertising.”

The makers of the most widely used Web browsers said Wednesday that they supported consumer privacy and had already made efforts to protect it as part of their products.

In a statement, Google said, “We agree with the F.T.C. that people should be able to understand what information they share and how it’s used. That’s why we simplified our privacy policies earlier this year, offer control through our privacy tools, and explain our approach to privacy in plain language and through YouTube videos in our privacy center.”

Harvey Anderson, general counsel for Mozilla, stated in a blog post: “While we’ll need more time to digest and evaluate the details, we’re encouraged by what we’ve seen so far. In particular, the F.T.C. has proposed a set of principles that align well with the Mozilla manifesto and our approach to software development.”

Apple, which makes the Safari browser, declined comment. In a statement, Microsoft said that the latest version of its browser, Internet Explorer 8, “has some of the most robust privacy features on the market,” including features it calls InPrivate Browsing and InPrivate Filtering, which allow a user to browse the Web without being tracked.

But those types of features also illustrate some of the shortcomings that the F.T.C. found in current industry efforts. The Microsoft browser requires a user to set those enhanced privacy controls at the start of every new browsing session.

Chris Soghoian, a privacy and security researcher, said using privacy options in most Internet browsers “doesn’t do much.”

At the Consumer Watchdog conference, Mr. Soghoian said that because many of the companies that make Web browsers are also supported by advertising networks, “the design decisions are motivated by a desire not to hurt their advertising divisions.”

“The situation right now is laughable,” he added. “There certainly isn’t a single one-stop shop.”

This article has been revised to reflect the following correction:

An earlier version of this article misspelled David Vladeck's name as Vladek.
Posted by Mercury at 2:09 PM