Vehicle prices would go up for a dumb idea 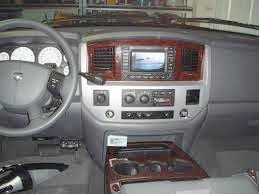 On the surface it reads like a good idea but check the reality. Are the statistics of said vehicle in contact with a human or another vehicle sound? $200 is $200...just makes the vehicle more expensive. And as we have seen, this country is packed with old vehicles that probably no longer have certain features that were there and functioning when it was new. Just more short-sighted nannyism from the Feds.

"Feds would require backup cameras by 2014"

USA TODAY
The Transportation Department proposed rear visibility rules that would, in effect, require backup cameras in all cars and light trucks by the 2014 models. The DOT estimated the systems -- a rear video camera and interior display -- would add about $200 to the cost of a vehicle.

Transportation Secretary Ray LaHood said the changes would "help drivers see into those blind zones directly behind vehicles to make sure it is safe to back up."

The proposed rule would require an area 20 feet to the rear and 10 feet wide to be visible to the driver. It was required by Congress in a 2007 law named for a toddler killed when his father accidentally backed over him in the family's driveway.

Backup accidents kill nearly 300 and injure 18,000 a year, according to the National Highway Traffic Safety Administration. It estimates the new rule would save 95 to 112 deaths and 7,000 injuries a year.

Automakers have not opposed the idea. Ford Motor announced today that most of its Ford and Lincoln vehicles -- including pickups, vans and SUVs -- would offer a standard or optional rear camera and display in the rear-view mirror or on the dash by the end of next year.
Posted by Mercury at 3:59 PM