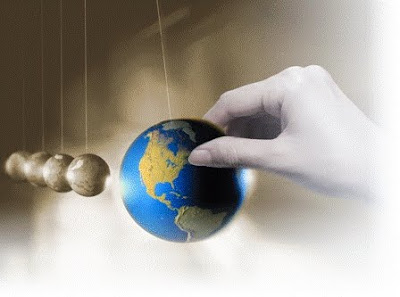 CNET News
The Federal Communications Commission is set to vote on official Net neutrality rules tomorrow, which the agency claims will provide consumers, service providers, device makers, and application developers clear rules of the road for the Internet.

With the support of all three Democrats on the FCC, the regulation is set to pass. And the vote will mark the next step in what has been a politically charged debate between telephone and cable companies and consumer groups advocating for a free and open Internet.

The five-member commission, which is made up of three Democrats and two Republicans, has been working on developing these official rules of the road for more than a year. In September 2009, Chairman Julius Genachowski suggested adding to the original Internet Openness principles adopted by the commission under former Chairman Michael Powell.

The debate of what should be included in the new rules has raged ever since. Democratic supporters and consumer advocates along with some Internet companies have pushed for more stringent regulations. Meanwhile, Congressional Republicans and major telephone and cable companies have lobbied for lighter regulation.

Genachowski, who offered a preview of the plan earlier this month, has attempted to give each side a little of what it wants in the new rules, but neither camp has said they are completely satisfied. In fact, the two Democrats on the commission, Michael Copps and Mignon Clyburn, have been reluctant to go along with the chairman's plan because they believe it may be too favorable to major broadband providers. But FCC officials say the chairman has worked closely with these commissioners to satisfy their concerns. And now it looks as though the two Democrats will support the new rules, albeit somewhat reluctantly.

Clyburn released a statement today stating she will vote in favor of the new rules. Copps also said he'd vote for the rules, but in a statement today he noted that he believes things are missing from the order.

"While I cannot vote wholeheartedly to approve the item, I will not block it by voting against it. I instead plan to concur so that we may move forward," Copps said in a statement.

Meanwhile, Republican Commissioner Robert McDowell, who has long opposed Net neutrality regulation, said in an op-ed for The Wall Street Journal on Monday that the new rules are trying to fix a problem that doesn't exist.

"On this winter solstice, we will witness jaw-dropping interventionist chutzpah as the FCC bypasses branches of our government in the dogged pursuit of needless and harmful regulation," McDowell wrote. "The darkest day of the year may end up marking the beginning of a long winter's night for Internet freedom."

He went on to say:

"Nothing is broken and needs fixing, however. The Internet has been open and freedom-enhancing since it was spun off from a government research project in the early 1990s. Its nature as a diffuse and dynamic global network of networks defies top-down authority. Ample laws to protect consumers already exist. Furthermore, the Obama Justice Department and the European Commission both decided this year that Net neutrality regulation was unnecessary and might deter investment in next-generation Internet technology and infrastructure."
Senior representatives from the FCC held a press conference this afternoon to provide an overview of what the order will actually say. At a high level, there are three provisions that will become official FCC regulation.

The first rule is about transparency. Network operators of both fixed and wireless networks will be required to disclose to consumers, content providers, and device makers information that will be necessary for them to deploy services. In other words, if a broadband network operator is using network management techniques that affect an application or if a wireless broadband network provider doesn't allow a certain type of application, the service provider must provide information about the requirements for its network.

The second Net neutrality rule prohibits the blocking of traffic on the Internet. The rule applies to both fixed wireline broadband network operators, as well as to wireless providers. But the stipulations for each type of network are slightly different.

For wired networks, operators will not be allowed to block any lawful content, services, applications, or devices on their network. For wireless providers, the rule is somewhat limited and only prohibits the blocking of access to Web sites or applications that specifically compete with a carrier's telephony voice or video services.

The blocking rule for wireless and wireline networks also includes allowances for reasonable network management. This means that wireline and wireless broadband providers will be able to reasonably manage their networks during times of congestion to ensure every user can adequately access services.

"Internet users across America will have lost a hero if Commissioner Copps caves to pressure from big business and supports FCC Chairman Genachowski's fake Net neutrality rules--rules written by AT&T, Comcast, and Verizon, the very companies the public is depending on the FCC to regulate strongly," Jason Rosenbaum, the senior online campaigns director for the Progressive Change Campaign Committee, said in a statement.

But not everyone is upset that a compromise appears to have been reached.

Senator John Kerry (D-Mass.), released a statement today applauding the three Democratic commissioners for reaching a consensus on the rules.

"While he (Commissioner Copps) and Commissioner Clyburn, as well as many of the champions of network neutrality, including myself, would have supported a stricter order, I commend them for rising to the moment and making possible very meaningful progress to preserve the freedom to communicate and compete over the Internet," he said in the statement. "I also join them in commending Chairman Genachowski for his inclusive, thoughtful, and creative work in bringing parties together, airing all points of view, and finding a principled center."
Posted by Mercury at 5:58 PM