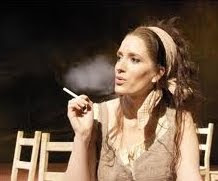 In a setback to the Food and Drug Administration, a three-judge federal panel says the agency should regulate electronic cigarettes as tobacco products and not drug-delivery devices, which would have to meet tougher rules.

Associated Press
A federal appeals court says electronic cigarettes should be regulated as tobacco products by the Food and Drug Administration rather than as drug-delivery devices, which have more stringent requirements.

The ruling means their makers won't have to conduct expensive clinical trials to prove to the FDA that the products are safe and effective as a smoking-cessation aid.

The decision is a setback for the FDA and other public-health organizations, which had argued that e-cigarettes should be regulated like nicotine-replacement gum or patches. They also have warned that e-cigarettes contain dangerous chemicals and are being marketed to children.

A three-judge panel of the U.S. Court of Appeals in Washington backed a lower-court ruling that the devices should be considered under the FDA's authority over tobacco, which means they would follow the same restrictions as traditional cigarettes and tobacco products.

Some sellers of e-cigarettes sued the FDA last year after the agency told customs officials to refuse entry of shipments into the U.S. A federal judge ruled in January that the FDA couldn't stop those shipments, saying the agency had overstepped its authority.

E-cigarettes are plastic-and-metal devices that heat a liquid nicotine solution in a disposable cartridge, creating vapor that the "smoker" inhales. A tiny light on the tip even glows like a real cigarette.

Users and distributors say e-cigarettes address both the nicotine addiction and the behavioral aspects of smoking — the holding of the cigarette, the puffing, seeing the smoke come out and the hand motion — without the more than 4,000 chemicals found in a conventional cigarette.

The FDA said the agency was reviewing the opinion and considering its next steps.

"We can now market our product the way we always should have been able to," said Matt Salmon, the new chief executive of Sottera Inc., which markets Njoy-branded electronic cigarettes. "This is plain and simple an alternative to smoking for committed, longtime smokers."

Matthew L. Myers, president of the Campaign for Tobacco-Free Kids, said in a statement that the decision would allow "any manufacturer to put any level of nicotine in any product and sell it to anybody, including children, with no government regulation or oversight at the present time."

"This ruling invites the creation of a Wild West of products containing highly addictive nicotine," Myers said, urging the FDA to appeal the decision to the Supreme Court.

"There is no scientific evidence that e-cigarettes are effective smoking-cessation devices and, until they undergo rigorous evaluation by the Food and Drug Administration, they should be pulled from the marketplace," she said.


New legislation for the "electronic cigarette"?
Posted by Mercury at 4:35 PM