What will you do with your "leap second"? 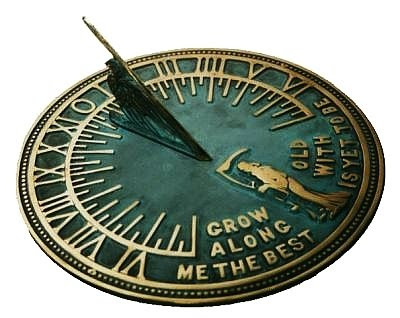 There will probably be little thought given to a free gift on the 31st of December, 2008 as one celebrates consuming Friskies on a cracker and washing it down with vintage wine [from the week of December 22nd to December 26th] and ushering in a hopefully better year in 2009. The gift?...ONE EXTRA SECOND. Spend it wisely.

Dulcinea Media, Inc.
The U.S. Naval Observatory, the world's official timekeeper, announced that it will add an extra second on Dec. 31 to match the world's atomic clocks to the Earth's rotation on its axis, reports Reuters. The extra second will be inserted at 23 hours, 59 minutes and 59 seconds Coordinated Universal Time, or UTC, or 6:59:59 p.m. EST (23:59:59 GMT).

An international agreement in 1970 created two time scales: UTC, based on highly precise atomic clocks that are accurate to about one-billionth of a second per day, and another based on the Earth's observed rotation, which gets slower over time. Leap seconds are used so that the difference between atomic clocks and Earth's rotation does not exceed 0.9 seconds. This year's extra second will be the 24th in history; the first leap second was inserted into UTC on June 30, 1972.

The International Earth Rotation and Reference Systems Service determines whether or not to add or remove the second based on its observations of the Earth's rotation, which slows for a variety of reasons, including the actions of tides, the amount of snow at the polar ice caps, solar wind, space dust and magnetic storms.

This year's "leap second" could be the last one ever, if a proposal by the International Telecommunications Union (ITU) is implemented. The group of timekeeping experts suggests that leap seconds should be abandoned in favor of a "leap hour" that would occur about every 600 years. The proposed change would mean that official time would no longer be linked to the Earth's rotation, and it would have wide-ranging effects, including reducing the importance of Greenwich Mean Time (GMT), requiring changes to astronomical telescopes, and making sundials more inaccurate. "It would be a change with profound cultural implications," said Robert Massey, of the Royal Astronomical Society, to the Times of London. "We'd be decoupling our clocks from what the Sun is telling us."

The thought of being given an extra second may not be that exciting to many people, but The New York Times reminds readers that much can be accomplished in just one second. "If that doesn't sound like a big deal, consider that in one second a cheetah can dash 34 yards, a telephone signal can travel 100,000 miles, a hummingbird can beat its wings 70 times, and eight million of your blood cells can die. As the saying goes, every second counts. In the case of leap seconds, that is especially true."
Posted by Mercury at 7:42 AM