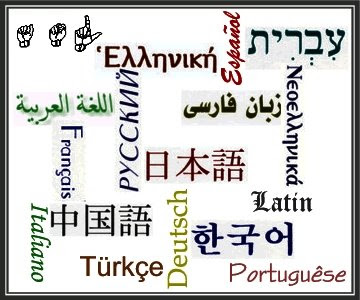 Well, this is certainly a good idea...in principal anyway. This will extend an academic profession for sure. It is really beneficial to read the original document in the original written language. I cannot recall Latin being offered when I was in college but I did take basic German and Technical German...that did help. But there is only so much time to devote to Latin, French, German, or other foreign language before one turns 30.

Missourian
It seems Latin isn't dead anymore. It's in the spells of Harry Potter books and on the screens in movies such as "Gladiator" and "300." In Columbia and nationwide, the language is drawing new breath.

Renewed interest in the language is evident in the fairly steady Latin class numbers at Rock Bridge and Hickman high schools and Columbia Independent School. Instructors and students say it's worth taking Latin because of the language's culture and history as well as for the academic benefits.

Jim Meyer, the Latin teacher at Rock Bridge High School, said since he began teaching the language at the school three years ago, enrollment for Latin has risen from 40 students to 70.

Meyer, who also teaches mythology and humanities classes at Rock Bridge, put the increase down to a number of factors, including his arrival and students' newfound interest in the cultural and linguistic roots of English. This interest in Latin, he said, increases an overall understanding of other languages for which Latin is a common starting point.

It doesn't hurt that in the past decade or so, those roots have been prevalent in Western society through popular culture such as books and movies.

"Today, there are kids that are interested in the ancient world, which Latin is very much a part of. For example, the popular movies '300' and 'Gladiator.' J.K. Rowling majored in Latin and Greek when she was in college," he said. "When you tell kids that, it shows you can really focus on the areas you’re interested in and see what you are going to do with them later on in life."

Why learn a "dead" language?

Denise Turner, who has been teaching Latin, French and mythology at Hickman High School for 11 years, said the culture that comes with Latin is crucial to acknowledge in its interest.

Turner said she focuses on the history and tradition of the language and how it connects to other subjects to motivate the students in class.

"I try to tie it in with other subjects they are going to study in school like history and science classes," Turner said. "If we can make some kind of connection to other subjects and their relationship to Latin, they can engage. For example, the Latin word for 'head' is 'caput,' and we get some cool and interesting words in English that come from it, such as 'per capita' and 'decapitate.'"

Unlike Rock Bridge, Hickman's numbers stay about the same every year, Turner said.

"My numbers have always been pretty much the same," she said. "Spanish classes might have 30 students in it, and my Latin classrooms would have 20. There are probably a few more students that take French, but German, Latin and Japanese all have about the same numbers."

Turner, who has a master's degree in classical studies from MU, said more schools in Missouri are offering Latin.

"Latin is growing, and you can see that evidence in the number of schools in Missouri and throughout the country that are starting Latin and Greek programs," she said.

Beyond the language: academic perks

The academic benefit of Latin is another reason for the return of the language.

At Columbia Independent School, all sixth-, seventh- and eighth-graders are required to take Latin. The head of the foreign language department, Sue Ann Moore, who has been teaching the language for 38 years, said requiring Latin in these grades reinforces the school's traditional college preparatory image.

"When founding the school in 1998, the trustees discovered that the private preparatory private schools throughout the state and in neighboring states that did better academically put a strong emphasis on Latin," Moore said.

Madison Berry, a junior at CIS, said she likes how Latin connects to other romantic languages. "It's fun to see a word, and if you don't know exactly what it is, you can connect it to other languages like in English and Spanish and French and try to figure it out," Berry said. "I think that’s really cool."

Berry said she also has an interest in Latin because of the way it ties the past to the present.

"I think learning this base language will universalize what everyone knows," she said, "and it’s really interesting to know the history and translating things that happened hundreds of years ago, to see how it connects the past to now."

"My husband and I both have a medical background, which Latin helps with, and it seems to be very beneficial in all languages, getting that base knowledge of Latin first," Jeffries said. "It really helped my eldest daughter with her Spanish."

Research shows a strong positive correlation between a student’s academic achievement and enrollment in Latin. Ginny Lindzey, Latin teacher at Dripping Springs High School in Texas, is the webmaster for the National Committee for Latin and Greek's Web site. She said research based on the SAT II and language test scores showed students who take Latin generally do significantly better on the verbal section than students who take any other language.

Richard LaFleur, a professor of classics at the University of Georgia, said Latin continues on a steady upward trend in America’s schools.

"Overall, there are circa half a million Latin students in America's schools and colleges both public and private, with some of the largest growth in the elementary and middle school levels," LaFleur said.

LaFleur, former president of the American Classical League, an organization that aims to promote "the study and teaching of the Classical Greek and Latin world," said the number of National Latin Exam participants has continued to increase from fewer than 10,000 students in 1978 to about 150,000 today.

As for Latin's benefits in the academic sphere, LaFleur echoed what Columbia teachers said: Latin teaches students about the roots of Western culture and the roots of their language, too.

"The advantages to the students are a heightened understanding of the ancient Mediterranean world that were all part of the Roman Empire in all of its rich diversity," LaFleur said, "and, at the same time, singularly improved verbal skills, particularly increased vocabulary and reading comprehension skills derived from the fact that 60 to 70 percent of English comes directly or indirectly from 'the mother tongue.'"

LaFleur also said the ancient Roman empire was a cultural "melting pot" before the term became used to describe America.

"Thanks to the almost limitless influences Greco-Roman civilization has exerted upon our own," he said, "we have countless lessons to learn from its study."
Posted by Mercury at 2:37 PM