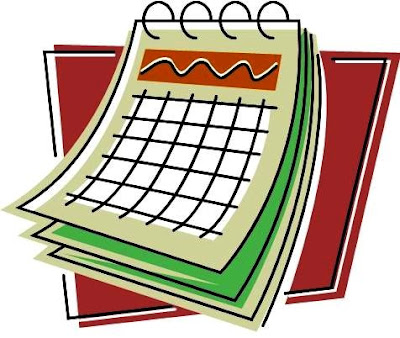 "The Ten Days of Newton"

The New York Times
Some years ago, the evolutionist and atheist Richard Dawkins pointed out to me that Sir Isaac Newton, the founder of modern physics and mathematics, and arguably the greatest scientist of all time, was born on Christmas Day, and that therefore Newton's Birthday could be an alternative, if somewhat nerdy, excuse for a winter holiday.

Think of the merchandise! Newton is said to have discovered the phenomenon of gravity by watching apples fall in an orchard. (His insight came after pondering why they always fall down, rather than upwards or sideways.) Newton's Birthday cards could feature the great man discovering gravity by watching a Christmas decoration fall from a tree. (This is a little anachronistic — Christmas trees didn’t come to England until later — but I don't think we should let that get in the way.)

All very jolly — but then, 'tis the season. Yet things are not so simple. It turns out that the date of Newton's birthday is a little contentious. Newton was born in England on Christmas Day 1642 according to the Julian calendar — the calendar in use in England at the time. But by the 1640s, much of the rest of Europe was using the Gregorian calendar (the one in general use today); according to this calendar, Newton was born on Jan. 4, 1643.

Rather than bickering about whether Dec. 25 or Jan. 4 is the better date to observe Newton's Birthday, I think we should embrace the discrepancy and have an extended festival. After all, the festival of Christmas properly continues for a further 12 days, until the feast of the Epiphany on Jan. 6. So the festival of Newton could begin on Christmas Day and then continue for an extra 10 days, representing the interval between the calendars.

The reason the interval became necessary is that the Earth, inconveniently, does not orbit the sun in an exact number of days. Instead, the Earth's orbit is 365 days and a bit. The “bit” is just under a quarter of a day.

It wasn't always thus. Some 530 million years ago, when animals like the trilobites were skittering around, days had less time. Back then, a day was only 21 hours, and a year was about 420 days. In another 500 million years, perhaps a day will be 27 hours, and a year fewer than 300 days. Because of the friction exerted by the moon, the Earth is slowing down. Indeed, already the days are a tiny bit longer than they were 100 years ago.

Because the orbit isn't an exact number of days, our calendars get out of sync with the seasons unless we correct for the fractional day. The Julian calendar, which was put in place by Julius Caesar in 45 B.C., was the Romans' best effort at making a systematic correction. Before that, the Roman calendar gave 355 days to the basic year, and every other year was supposed to include an extra month of 22 or 23 days.

But over a period of 24 years, that gave too many days; so in some years, the extra month was supposed to be skipped. This didn't always happen. By the time the Julian calendar was introduced, the Roman calendar was so far out of sync with the seasons that the year before the first Julian year had to include a massive correction; that year, referred to as "the last year of confusion," was 445 days. Talk about a long year.

The Julian calendar, which is broadly similar to the one we have now, divided the year into 365 days and a quarter. To implement this practically, three out of four years were given 365 days, and the fourth, 366. But this still wasn’t precise enough: by the 16th century, the calendar had fallen 10 days out of sync with the solar year. By introducing a couple of extra fiddles to do with leap years at the ends of centuries, the Gregorian calendar fixed that. Again, however, changing calendars meant introducing a one-off correction to bring the dates back in line with the seasons. Rather than having a year with an extra 90 days like the Romans, Europeans “lost” 10 days as the calendar skipped forward. Hence the interval between the contending dates of Newton's Birthday.

It's strangely suitable that the length of the festival should be due to human efforts to describe the orbit of our planet. For planetary orbits were the subject of one of Newton's key works, "De Motu Corporum in Gyrum," ("On the Motion of Bodies in an Orbit"), which he sent to the astronomer Edmond Halley (of Halley’s comet fame) in November of 1684. The proofs and insights contained here were revolutionary, and allowed the calculation of the orbit of any object, from planet to comet or asteroid, moving through a gravitational field.

Shortly after sending "Motion" to Halley, Newton began work on the treatise for which he is most famous, "Philosophiae Naturalis Principia Mathematica" ("Mathematical Principles of Natural Philosophy") usually known simply as the Principia. This is where, among many other insights and discoveries, he articulated his three laws of motion, which students still learn in high school physics. He explained that gravity causes tides, and that the gravitational force of Jupiter perturbs the orbit of Saturn. The basis of many of his insights rested in a kind of mathematics he had invented as a private tool for himself years before: calculus.

Newton was not merely a thinker of abstract and complex thoughts, however. He had a gift with mechanical objects. As a child, he built a miniature working model of a windmill. As an adult, he built the first reflecting telescope.

He was also an experimenter. For example, his experiments with prisms showed that white light is composed of light of other colors. Although it had been known before Newton that shining a beam of sunlight through a prism would produce a rainbow, no one knew why: it was as though the prism created colors. Newton discovered the real reason: light is composed of different wavelengths that are refracted differently by the glass of the prism. The prism doesn’t create colors, it reveals them.

Physics was only one of his interests. He was deeply religious, though a heretic — he did not believe in the Holy Trinity — and he wrote more about religion than he did about physics, mathematics or his other great interest, alchemy. Though he never managed to turn base metal into gold in an experiment, later in life he became Warden of the Mint — the man in charge of making the country’s money. Here, he oversaw the production of gold and silver coins, and ensured that they were made more exactly than they had ever been made before. He also went after counterfeiters, several of whom were hanged.

Newton does not seem to have been a pleasant man. He feuded with several of his professional colleagues, most famously Robert Hooke and Gottfried Willhelm Leibniz; he was reclusive and secretive and seems to have formed few lasting friendships. But he was also a genius, and his work laid the foundations of our modern understanding of the world. He is a man to celebrate.

In honor of Newton’s Birthday festival, I therefore propose the following song, to be sung to the tune of "The Twelve Days of Christmas." For brevity, I include only the final verse. All together now!

I have drawn my account of the Roman calendars from the entry on "calendar" in the eleventh edition of the Encyclopedia Britannica. For days having been shorter when the trilobites were about, see Ravilious, K. "Wind-up." New Scientist: 23 November 2002. The details of Newton’s discoveries and life can be found in any biography; I drew on two, Berlinski, D. 2001. "Newton’s Gift." Duckworth; and Gleick, J. 2003. "Isaac Newton." Fourth Estate.

Many thanks to Thomas Levenson for insights, comments and suggestions.

[Thanks to POSP stringer Tim.]
Posted by Mercury at 6:43 AM