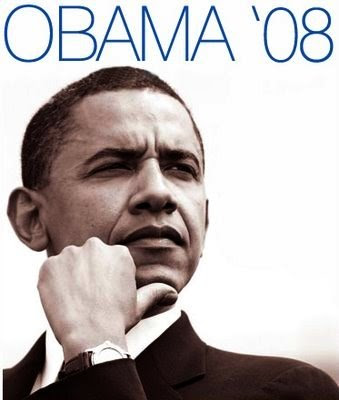 The primary players of Obama's science team: Steven Chu, John Holdren, and Jane Lubchenco. Will it make a difference?

Remarks of the President-Elect Barack Obama

Chicago, Illinois
Over the past few weeks, Vice President-Elect Biden and I have announced some of the leaders who will advise us as we seek to meet America’s twenty-first century challenges, from strengthening our security, to rebuilding our economy, to preserving our planet for our children and grandchildren. Today, I am pleased to announce members of my science and technology team whose work will be critical to these efforts.

Whether it’s the science to slow global warming; the technology to protect our troops and confront bioterror and weapons of mass destruction; the research to find life-saving cures; or the innovations to remake our industries and create twenty-first century jobs—today, more than ever before, science holds the key to our survival as a planet and our security and prosperity as a nation. It is time we once again put science at the top of our agenda and worked to restore America’s place as the world leader in science and technology.

Right now, in labs, classrooms and companies across America, our leading minds are hard at work chasing the next big idea, on the cusp of breakthroughs that could revolutionize our lives. But history tells us that they cannot do it alone. From landing on the moon, to sequencing the human genome, to inventing the Internet, America has been the first to cross that new frontier because we had leaders who paved the way: leaders like President Kennedy, who inspired us to push the boundaries of the known world and achieve the impossible; leaders who not only invested in our scientists, but who respected the integrity of the scientific process.

Because the truth is that promoting science isn’t just about providing resources—it’s about protecting free and open inquiry. It’s about ensuring that facts and evidence are never twisted or obscured by politics or ideology. It’s about listening to what our scientists have to say, even when it’s inconvenient—especially when it’s inconvenient. Because the highest purpose of science is the search for knowledge, truth and a greater understanding of the world around us. That will be my goal as President of the United States—and I could not have a better team to guide me in this work.

Dr. John Holdren has agreed to serve as Assistant to the President for Science and Technology and Director of the White House Office of Science and Technology Policy. John is a professor and Director of the Program on Science, Technology, and Public Policy at Harvard’s Kennedy School of Government, as well as President and Director of the Woods Hole Research Center. A physicist renowned for his work on climate and energy, he’s received numerous honors and awards for his contributions and has been one of the most passionate and persistent voices of our time about the growing threat of climate change. I look forward to his wise counsel in the years ahead.

John will also serve as a Co-Chair of the President’s Council of Advisors on Science and Technology—or PCAST—as will Dr. Harold Varmus and Dr. Eric Lander. Together, they will work to remake PCAST into a vigorous external advisory council that will shape my thinking on the scientific aspects of my policy priorities.

Dr. Varmus is no stranger to this work. He is not just a path-breaking scientist, having won a Nobel Prize for his research on the causes of cancer—he also served as Director of the National Institutes of Health during the Clinton Administration. I am grateful he has answered the call to serve once again.

Dr. Eric Lander is the Founding Director of the Broad Institute at MIT and Harvard and was one of the driving forces behind mapping the human genome—one of the greatest scientific achievements in history. I know he will be a powerful voice in my Administration as we seek to find the causes and cures of our most devastating diseases.

Finally, Dr. Jane Lubchenco has accepted my nomination as the Administrator of NOAA, the National Oceanic and Atmospheric Administration, which is devoted to conserving our marine and coastal resources and monitoring our weather. An internationally known environmental scientist and ecologist and former President of the American Association for the Advancement of Science, Jane has advised the President and Congress on scientific matters, and I am confident she will provide passionate and dedicated leadership at NOAA.

Working with these leaders, we will seek to draw on the power of science to both meet our challenges across the globe and revitalize our economy here at home. And I’ll be speaking more after the New Year about how my Administration will engage leaders in the technology community and harness technology and innovation to create jobs, enhance America’s competitiveness and advance our national priorities.

I am confident that if we recommit ourselves to discovery; if we support science education to create the next generation of scientists and engineers right here in America; if we have the vision to believe and invest in things unseen, then we can lead the world into a new future of peace and prosperity.