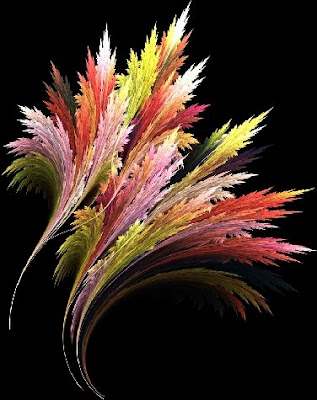 I discovered this interesting article about creativity and a chaotic work environment. I guess it doesn't make any difference. For the record...my working space always appears unorganized though I know where every thing is located. Actually, the whole living room is chaotic including Oxford's assorted cat toys.

"The brilliance of creative chaos"

BBC
The great thing about this slot is that I can pontificate. But a wise pontificator should always remember that he won't solve a global problem in 10 minutes, or even do much more than usefully touch on it in 10 hours. There are two main reasons for that. One reason is that the global problems are, by their nature, devilishly complicated. But everyone knows, or should know, that.

The other reason is less obvious, because it lies within the nature of the pontificator. He, or she - in my case he - speaks with a special pontificating voice: integrated, judicious even in its doubts, purporting to contain the distilled wisdom of a lifetime's experience. Almost always, I suspect, this voice is at odds with the personality from which it emerges, and in my case the discrepancy is so glaring that even I can spot it.

As I prepare this script, tapping away at the keyboard as Socrates might have done if he had owned a PC, it seems to me that my brain is at my fingertips, with all its scope and knowledge. But then, after looking up at the screen and noticing that the last two sentences are all in capitals and include various chemical formulae for substances unknown to science, I bounce my forehead off the desk and make the supreme mistake of looking around my room.

It's in chaos. The pontificator with plans for fixing the world can't organise his own desk, and as for what lies beyond the desk, forget about it. The evidence that I've spent years forgetting about it is all out there. Piles of old newspapers and magazines. Stacks of box files containing folders containing memos about the necessity to buy more folders and box files. Hundreds of books uselessly hidden behind hundreds of other books. A small statue of a Sumo wrestler, or else a life-sized statue of a small Sumo wrestler. A bag of random receipts that my accountant might have found quite useful in their year of origin, 1998.

But let's start with the desk. Or rather, let's not. The desk is too much. Little of its surface is visible through piled notebooks and shuffled papers. But observe this vertically striped earthenware mug full of ball-point pens. If the phone rings with information I must take down, I reach for one of these pens and find that it does not work.

In the same vertically striped mug there are 15 other pens that do not work either. Vaguely I remember the day when I planned to sort through these pens and retain only those that did work. But I got distracted. What else is in the same mug? Jelly beans, several of which have grown fur.

And that's just the mug. What about this desk drawer over here on the right? Ah, there's a touch of organisation here. Every year I put a new set of vital names and addresses in the designated section of my appointments diary. But I never get round to transferring vital names and addresses from previous diaries into the current one. So there are 10 years of diaries in this drawer alone, to supplement the line-up of 20 years of diaries standing over there in the corner of the room behind that valuable stack of obsolete phone books. Or, as I have just typed, obsotel nophe kobos.

All over again I count my blessings that I have not been chosen as one of the subjects for Eamonn McCabe's series of photographs called Writer's Rooms. In London, an exhibition of these photographs has just opened. The photographs have been running as a series in one of the upmarket newspapers. When I looked at the early photos in that series I was envious. Would I be chosen? Then I started praying that I wouldn't be, a prayer which has mercifully been answered.

There are some prizes I would like. I would quite like the Nobel Prize, if the money could be delivered tomorrow in a suitcase, clearly marked "Nobel Prize money: bank immediately or it will burst into flames." I would quite like the Booker prize, the Whitbread Prize, the Forward prize and the UNICEF prize for the chronically disorganized. I can hear myself pontificating while accepting any or all of those awards. But what I don't want is to be photographed in this room, because any shred of credibility I had as a pontificator would evaporate instantly.

I noted with shame that even the most shambolic of the writer's rooms in the photographs was better organised than mine, and the majority of them might have been deliberately arranged to remind me that I myself was working in a skip. These paragons had got it all together without it getting on top of them.

You could tell that everything was there for a reason. If a woman writer had the propeller of a Sopwith Camel mounted on the wall, it was because her great-grandfather shot down Baron von Richthofen's second cousin in 1917.

Writers had their books arranged by category, in alphabetical order. I moved into this office 10 years ago, the books came out of their tea chests in any old order, and any old order is still the only order they maintain on my shelves. There are books I know I own but I have to buy them again because I can't find them.

Let me add that everything is well dusted. A cleaner comes in once a week and she does a good job. But she is under instructions not to move anything, in case I need it. So she has learned just to polish the whole lot as if it were an installation at Tate Modern.

Other writers clearly find it easier to get their act together, and no doubt most non-writers do too. But judging from my own admittedly extreme experience, they can only get things under control by striving mightily against a force of nature that wants things to be disorganised rather than not.

Scientists call it entropy. Back in the early 19th Century, Carl von Clausewitz, in his great work about military strategy On War, called it Friction. Clausewitz said that you have to have a plan for the battle but the plan had better include plenty of room for the absolute certainty that the plan will start growing fur from the first moment of its execution.

I have just been checking up in my copy of Clausewitz - I had to buy another copy, because my original copy is somewhere in my bookshelves, which means that it might as well be on Mars - and I can tell from every sentence that he was writing with the insight conferred by self knowledge.

I'll bet all the money in my foreign coin collection - it's over there in the fruit bowl, and some of those hundreds of obsolete francs and deutschmarks are sure to be worth something to collectors a hundred years from now. I'll bet all that money in the fruit bowl - and if you're asking where the fruit is, I gathered up all my powers of organisation and threw it out only a month after I forgot to eat it. I'll bet all that money that Clausewitz, when he was working on his magnum opus in his last years, was sitting at a desk that looked like the morning after the Battle of Waterloo.

His name for the accumulated effect of Friction was the Fog of War. When I read that, I could tell straight away that here was a man who, like me, couldn't toast a slice of bread without filling his apartment with smoke. When his widow prepared his manuscript for posthumous publication, she probably found sandwiches in it.

When DVDs came in, I rarely played my VHS tapes again, but the VHS tapes did not move out. There are several hundred of them here, stacked on the floor. My first copy of Clausewitz might be somewhere behind them. I know there is a squash racket behind them because I can see the edge of its frame sticking up.

Will I ever play squash again? Of course not, so why is the racket still there? Perhaps it's trying to remind me that the best equipped pontificator is the one who is aware of his own propensities towards chaos. Unable to organise his own breakfast, he will be less ready to condemn officials who can't organise an efficient system for sending out student grants, or collecting private information onto a CD-ROM that won't be left on a train.

But even the most self-aware pontificator is still likely to expect too much of the world. Rarely will he be sufficiently amazed that society functions at all, considering some of the human material it has to work with. In ancient Greece, the philosopher Diogones, wedded to simplicity, lived in a tub. But he still roamed the streets of Athens by daylight while carrying a lamp. He said that he was looking for an honest man, and everybody wrote it down, saying that Diogones the cynic was a piercing analyst of the human condition. But maybe he just didn't know how to turn the lamp off.

Sitting at this computer, on whose keyboard I have just typed the word "lamp" and actually written the word "lump", I am face to face with an item of technology that Diogones would not have known how to switch on. I barely know how to switch it on either, have often failed to switch it off - why does it ask me "do you wish to report the error" when I don't now what the error is? And yet I do know that its mere presence in the pile of rubble I call my desk is sending me a dangerous signal.

This miracle of machinery is telling me that order can emerge from chaos after all. Well, yes, it can, but only against heavy odds, because chaos is inherent even in the minds of those who make the miracles. And it is certainly inherent within the pontificator. I can pontificate about that with some certainty, even as I type the last words of this sprict, scirpt, script, reach for my mug of coffee and get a mouthful of ball point pens.
Posted by Mercury at 8:29 AM

Email ThisBlogThis!Share to TwitterShare to FacebookShare to Pinterest
Labels: creativity and chaos