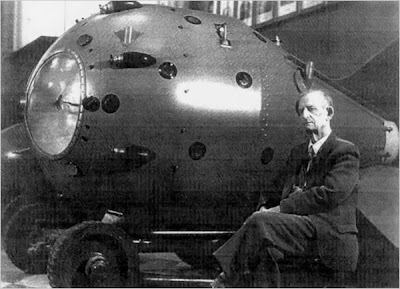 Yuliy Khariton, director of the Soviet A-bomb project from its inception in 1945 through 1992, sitting next to RDS-1, the first Soviet atomic bomb. Internally, it was an exact copy of the American Fat Man.
A slide show presentation from The New York Times.

"Nuclear Secrets Spread Around the Globe"

And this slide show from The New Yorker. 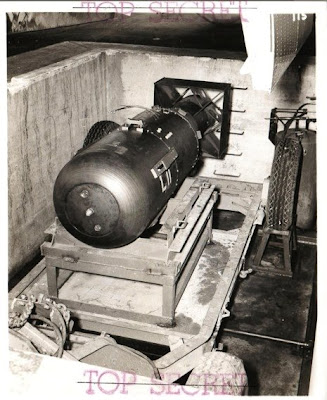 Little Boy sitting on its wheeled transport carriage in the Tinian loading pit under the Enola Gay on August 5, 1945, the day before it was dropped on Hiroshima.
Secrets of the Bomb

Little Boy and Fat Man--an anniversary
Posted by Mercury at 5:44 AM