Philosophy of nanotechnology & religion to the front 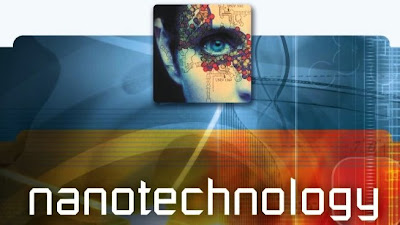 It was bound to occur and one wonders which element feels threatened...just another misplaced attack on science. However, I do tthink the issue should be approached via philosophical ethics.

Attitudes to nanotechnology may be determined by religious and cultural beliefs, suggest researchers writing in the journal Nature Nanotechnology.

The researchers compared attitudes in Europe and the US and looked at religious and cultural backgrounds.

They say the findings have implications for scientists and politicians making policy decisions to regulate the use of nanotechnology.

The researchers compared attitudes to nanotechnology in 12 European countries and the US.

They then rated each country on a scale of what they called "religosity" - a measure of how religious each country was.

They found that countries where religious belief was strong, such as Ireland and Italy, tended to be the least accepting of nanotechnology, whereas those where religion was less significant such as Belgium or the Netherlands were more accepting of the technology.

Professor Dietram Scheufele from the Department of Life Sciences Communication at the University of Wisconsin, who led the research, said religious belief exerted a strong influence on how people viewed nanotechnology.

The US was found to be the most religious country in the survey, and also the least accepting of nanotechnology.

The researchers say it is understandable that there would be a conflict between religious belief and nanotechnology, especially when looking at what they call "nano-bio-info-cogno" (NBIC) technologies, the potential to create life at a nano scale without divine intervention.

"It's not that they're concerned about not understanding the science, more that talking openly about constructing life raises a whole host of moral issues," said Professor Scheufele.

A similar study in the US looked at attitudes to nanotechnology and wider cultural and political beliefs.

People were asked about their views on a range of subjects, including risk from the internet, genetically modified food, nuclear power and mad cow disease.

The researchers say their finding support the idea that underlying cultural beliefs have a stronger influence on opinions formed about nanotechnology than science based information about its potential and pitfalls.

Professor Scheufele says the findings have implications for policymakers trying to regulate nanotechnology.

"How do we regulate something where we have different moral ideas from the public?"

"We need to get to grips with the idea that the exact same piece of information can have a different meaning to different people, its the age-old dilemma for science about what could be done versus what should be done."

"For nano, religion in US dictates a wary view"

physicsorg.com
When it comes to the world of the very, very small — nanotechnology — Americans have a big problem: Nano and its capacity to alter the fundamentals of nature, it seems, are failing the moral litmus test of religion.

In a report published today (Dec. 7) in the journal Nature Nanotechnology, survey results from the United States and Europe reveal a sharp contrast in the perception that nanotechnology is morally acceptable. Those views, according to the report, correlate directly with aggregate levels of religious views in each country surveyed.

In the United States and a few European countries where religion plays a larger role in everyday life, notably Italy, Austria and Ireland, nanotechnology and its potential to alter living organisms or even inspire synthetic life is perceived as less morally acceptable. In more secular European societies, such as those in France and Germany, individuals are much less likely to view nanotechnology through the prism of religion and find it ethically suspect.

"The level of 'religiosity' in a particular country is one of the strongest predictors of whether or not people see nanotechnology as morally acceptable," says Dietram Scheufele, a University of Wisconsin-Madison professor of life sciences communication and the lead author of the new study. "Religion was the strongest influence over everything."

The study compared answers to identical questions posed by the 2006 Eurobarometer public opinion survey and a 2007 poll by the University of Wisconsin Survey Center conducted under the auspices of the National Science Foundation-funded Center for Nanotechnology and Society at Arizona State University. The survey was led by Scheufele and Elizabeth Corley, an associate professor in the School of Public Affairs at Arizona State University.

The survey findings, says Scheufele, are important not only because they reveal the paradox of citizens of one of the world's elite technological societies taking a dim view of the implications of a particular technology, but also because they begin to expose broader negative public attitudes toward science when people filter their views through religion.

"What we captured is nanospecific, but it is also representative of a larger attitude toward science and technology," Scheufele says. "It raises a big question: What's really going on in our public discourse where science and religion often clash?"

For the United States, the findings are particularly surprising, Scheufele notes, as the country is without question a highly technological society and many of the discoveries that underpin nanotechnology emanated from American universities and companies. The technology is also becoming more pervasive, with more than 1,000 products ranging from more efficient solar panels and scratch-resistant automobile paint to souped-up golf clubs already on the market.

"It's estimated that nanotechnology will be a $3.1 trillion global industry by 2015," Scheufele says. "Nanotechnology is one of those areas that is starting to touch nearly every part of our lives."

To be sure that religion was such a dominant influence on perceptions of nanotechnology, the group controlled for such things as science literacy, educational performance, and levels of research productivity and funding directed to science and technology by different countries.

"We really tried to control for country-specific factors," Scheufele explains. "But we found that religion is still one of the strongest predictors of whether or not nanotechnology is morally acceptable and whether or not it is perceived to be useful for society."

The findings from the 2007 U.S. survey, adds Scheufele, also suggest that in the United States the public's knowledge of nanotechnology has been static since a similar 2004 survey. Scheufele points to a paucity of news media interest and the notion that people who already hold strong views on the technology are not necessarily seeking factual information about it.

"There is absolutely no change in what people know about nanotechnology between 2004 and 2007. This is partly due to the fact that mainstream media are only now beginning to pay closer attention to the issue. There has been a lot of elite discussion in Washington, D.C., but not a lot of public discussion. And nanotechnology has not had that catalytic moment, that key event that draws public attention to the issue."

How do citizens make sense of nanotechnology as more applications reach the market and the mainstream media start to debate the potential risks and benefits of technology1? As with many other political and scientific issues, citizens rely on cognitive shortcuts or heuristics to make sense of issues for which they have low levels of knowledge2. These heuristics can include predispositional factors, such as ideological beliefs or value systems3, and also short-term frames of reference provided by the media or other sources of information4. Recent research suggests that 'religious filters' are an important heuristic for scientific issues in general5, and nanotechnology in particular6. A religious filter is more than a simple correlation between religiosity and attitudes toward science: it refers to a link between benefit perceptions and attitudes that varies depending on respondents' levels of religiosity. In surveys, seeing the benefits of nanotechnology is consistently linked to more positive attitudes about nanotechnology among less religious respondents, with this effect being significantly weaker for more religious respondents6. For this study, we have combined public opinion surveys in the United States with Eurobarometer surveys about public attitudes toward nanotechnology in Europe to compare the influence of religious beliefs on attitudes towards nanotechnology in the United States and Europe. Our results show that respondents in the United States were significantly less likely to agree that nanotechnology is morally acceptable than respondents in many European countries. These moral views correlated directly with aggregate levels of religiosity in each country, even after controlling for national research productivity and measures of science performance for high-school students.

Unfortunately, the whole article is by subscription.