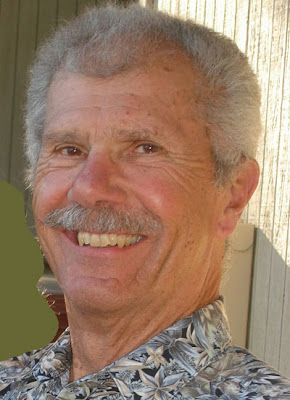 Philip L. Altick
Unknown 1933 to December 1st, 2008
I cannot say that I was familiar with Philip L. Altick...there are so many good physicists that never achieve the limelight of the Einsteins or Hawkings. But in the following obituary there is something quite interesting and I hope that Altick's efforts are picked up by someone and finished--the history of the physics department of the University of Nevada. The history of science is very important and it would be great for all science departments to develop a media form history.

Nevada News
Philip L. Altick, a former chairman of the Department of Physics, University of Nevada Foundation Professor and recipient of the University’s Distinguished Faculty award in 1995, passed away on Dec. 1. He was 75.

"Phil made significant contributions to the campus as a teacher and scholar," said Paul Neill, director of the University's Core Curriculum and former colleague of Altick's in the Department of Physics. "He was an internationally recognized atomic theorist working mostly in the area of electron-atom collision theory. He could be described as the 'heart and soul' of the physics department, even after he retired."

"Phil was incredibly generous, sharing his knowledge and words of encouragement with students and faculty. He was a wonderful mentor and role model."

Even after he retired, Altick continued to show great interest in the work of his former colleagues. At the time of his death, he was working on a history of the department, and had recently visited the University Archives in the Knowledge Center for archival material.

Said College of Science Dean Jeff Thompson, who, like Neill, was a young faculty member in the early 1990s in the Department of Physics: "Phil was an outstanding teacher and researcher. He collaborated with many of the leading physicists in the world. I was fortunate to know him, and I think that most people who had the pleasure of knowing Phil feel the same way. He was a genuinely good person who cared deeply about the University and the Department of Physics."

Thompson said Altick took it upon himself to make sure new faculty felt at home in their new department, and always went out of his way to help students.

"He cared about his students so much … he welcomed and worked with young faculty, as well as all of his colleagues in the department," Thompson said. "He was just a remarkable person that way. The department, in many ways, was built around Phil’s personality."

Roberto Mancini, the current chair of the Department of Physics, said he often enjoyed Altick's visits whenever the former department chairman returned to campus for events or departmental functions, or when they met at other social gatherings.

"He was an extraordinary person, with talent that went well beyond physics, and was described by colleagues and friends as a scientist who never forgot his humanity," Mancini said. "It's a great honor knowing that he once held the same position that I hold today."

"He had a profound influence on our department. His style and effectiveness as a teacher and researcher are legendary. I hold the friendship that I had with him very close to my heart."

Altick served as chairman of the Department of Physics from 1976-79. He joined the Nevada faculty in 1963 after earning his Ph.D. from the University of California, Berkeley. He earned a B.S. in physics with Distinction from Stanford University on a Navy ROTC Scholarship and served as a midshipman and first lieutenant in the Marine Corps.

When he joined the Nevada faculty in the early 1960s, the department was on the cusp of important enrichment and growth. Nevada historian James Hulse, in his seminal work on the University, "The University of Nevada: A Centennial History," has noted that the work of Altick and several other young, talented physics professors brought Nevada much-needed increased recognition and prestige throughout the 1960s and 1970s.

Altick's research in theoretical atomic physics was internationally known. He worked with internationally renowned physicists at the University of Chicago, the German universities of Freiburg and Kaiserlautern, and in the United Kingdom at Daresbury Laboratory, Queen’s University in Belfast and University College in London.

As Mancini noted, Altick's personality was also memorable. He was actively involved with Chautaqua events, both locally and nationally, and was known for a dead-on impersonation of Sir Isaac Newton. A lifelong hiker, skier, kayaker and outdoor enthusiast, Altick was passionate about Lake Tahoe and its many recreational treasures. In retirement he was a docent at the Tahoe Environmental Research Center.

Altick was honored as a Fellow in the American Physical Society, was named University of Nevada Foundation Professor in 1992 and capped his career at Nevada with the Distinguished Faculty award, one of the most prestigious honors the University can bestow on veteran or retiring faculty.

He is survived by his wife of 53 years, Shirley; daughters Cindy Cunningham of Seattle, Wash., and Amy of Reno; two sons, Joe, of Reno and John of Meeks Bay, Calif., as well as two brothers and 10 grandchildren. His daughter Amy is a post-doctoral scholar in the Department of Physiology and Cell Biology.
Posted by Mercury at 4:10 PM