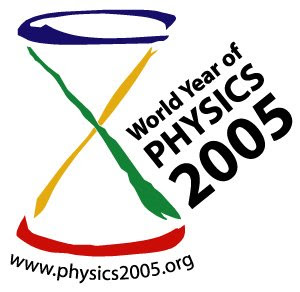 This was a spectacular event in 2005 celebrating Einstein via the "World Year of Physics 2005". Okay, it was no Hollywood slick production being all live and something quite novel but it is, nevertheless, an interesting piece of history of science. This was an event originating from Europe with contributions from CERN [Geneva], National Science Education Center [Taipei], Pirelli Relativity Challenge Awards [Venice], Imperial College [London], Fermilab [Chicago], Slac- Exploratorium [San Francisco], and Bloomfield Science Museum [Jerusalem] as broadcast on December 1st, 2005. It was a twelve hour event broken down into sections and hosted by Paola Catapano. 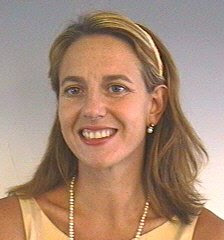 This unprecedented event will be broadcast live on the Internet from a webcast studio in the CERN Globe of Science and Innovation. Similar locations around the world are connected via Tandberg videoconference: the Telecom Future Centre (Venice), Imperial College London, the Fermi National Accelerator Laboratory (Chicago), the Exploratorium (San Francisco) hosting scientists from the Stanford Linear Accelerator Center, the Bloomfield Science Museum (Jerusalem) and the National Science Education Centre (Taipei).

From the seven main platforms, internauts will be taken on a world tour to other physics laboratories and science museums visiting virtually all the time zones of the planet, from Europe to America, from Asia to Tasmania and as far south as Antarctica.

The programme includes subjects such as relativity, gravitational waves, mass and gravity, antimatter and neutrinos, along with the mysteries remaining in Einstein's physics, and the technologies derived from it. A global audience will be able to discuss the impact of Einstein's discoveries and look beyond them with top-level physicists such as Stephen Hawking and Paul Davies, and with physics Nobel laureates David Gross, Murray Gell-Mann and Gerard 't Hooft, connected from the 2005 Solvay physics Conference in Brussels.

Einstein was also a refugee, and the United Nations High Commissioner for Refugees (UNHCR) will discuss the positive contribution refugees can make to their society of adoption.

Peter Kirstein from University College London, who was instrumental in the Internet.s early evolution, will be joined by fellow Internet pioneer Bob Kahn, and Robert Cailliau who played a key role at the birth of the Web, to explore the role that basic science plays in the evolution of information technology.

Other highlights include the award ceremony of the Pirelli Relativity Challenge from the Telecom Future Centre in Venice.

Major technology providers are supporting CERN in this unprecedented event. Tandberg, a global leader in video communication will be responsible for the connection of the seven locations by videoconference. A multipoint-videoconferencing system will be in use, which means that each of the seven participants will always be able to see the six other partners on screen. Telecom Italia is providing global webcast streaming, the INFN (Italian Institute for Nuclear Physics) Multimedia Service is providing webcast encoding. Cisco Systems, a leader in networking for the Internet, has joined the World Year of Physics International Steering Committee, the European Physical Society and the European Science Centre Network, ESCITE, in supporting the science laboratories with their respective expertise and in assembling a compelling programme.

The entire event is available for viewing online.

Beyond Einstein/World Wide Webcast
Posted by Mercury at 7:15 AM