Enrico Ferimi and Winnie the Pooh 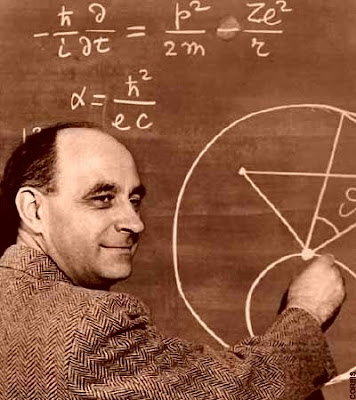 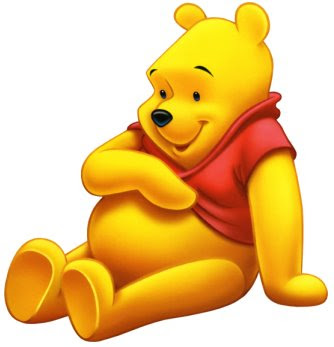 Nothing to be ashamed about...Enrico Ferimi liked Winnie the Pooh. I'm sure we all have a fondness for something that may be a a little bizarre.

"The role Winnie the Pooh played in the atomic bombing of Japan is not widely known. But when Enrico Fermi achieved the first self-sustaining nuclear chain reaction on 2 December 1942 - a key step on the way to the bomb - the first to know about it were Pooh, and Piglet, and the Heffalump. These, it turns out, were the names given by Fermi to the Geiger counters that registered the radiation surge when the reactor under the west stand of the University of Chicago's Stagg Field stadium suddenly went "critical"."--Marcus Chown
"A Home for Heffalump and Pooh"

The U.S. government's emphasis on "atoms for war" did not preclude interest in peaceful uses of atomic energy among nuclear scientists. They dreamed of new worlds where nuclear reactors would produce unbelievably cheap electrical power, a world in which nuclear science would revolutionize industrial production, medical practice and agricultural harvests. Fermi clearly recognized that nuclear fission would lead to ever-expanding peaceful applications that would surpass its military uses. Those remaining at Met Lab at that time -- including Fermi, Seaborg, Szilard and Zinn -- began to investigate the civilian potential for nuclear fission and transuranic elements. As with later space technology, continuing research and what followed at Argonne would produce spin-offs of benefit to the population at large.

The Met Lab began moving to Site A at Palos Hills in February 1943. The facilities were renamed the Argonne Laboratory for the woods that surrounded and secluded them. Fermi was the first division director of Argonne Laboratory -- until he joined the Manhattan Project in Los Alamos in 1945 -- and Zinn was his assistant. The reactor Chicago Pile 1 was dismantled, reconstructed at Site A and renamed Chicago Pile 2. The counting room at the one-building site contained instruments that were given whimsical names like Heffalump and Winnie the Pooh. According to Elmer Rylander, a scientist at the site, "A favorite pastime during the first winter at Site A was playing a game called `peggity.' It involved moving wooden pegs on a board with a cross formation of holes. Fermi was its chief proponent."

On July 1, 1946, the laboratory was formally chartered as Argonne National Laboratory to conduct "cooperative research in nucleonics." It was a model for the U.S. national laboratory system: the first attempt to establish a new kind of scientific research institution -- a government-funded organization that would apply academic research traditions to problem-solving in the national interest. Walter Zinn was its first director. A tall blond Canadian, Zinn was determined and self-confident; he was also extremely demanding and tended to be hardheaded. Some of these attributes would stand him in good stead during the laboratory's formative years. Glenn Seaborg recalled the early days during the laboratory's 25th anniversary celebration: "The Met Lab, then, provided a strong and valuable heritage for the new Argonne National Laboratory. The Met Lab experience engendered a sense of mission and a standard of excellence which every great laboratory must have. Thus from its very origins Argonne has operated from a principle that others are only now beginning to understand -- namely, that the scientists' responsibilities extend far beyond the technical data of the laboratory. These are worthy traditions."

Historical event in 1942 at the University of Chicago