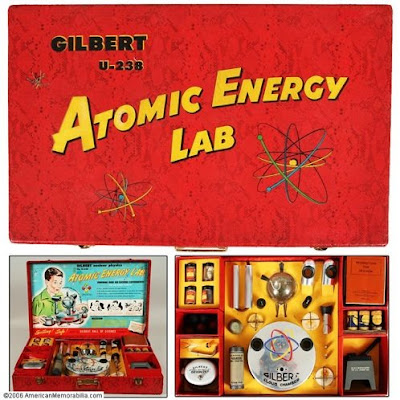 1951 Complete A.C. Gilbert U-238 Atomic Energy Lab (Complete)
A. C. Gilbert was a man of true inspiration, often compared to Walt Disney for his creative genius. Gilbert had high expectations of America's youngsters, and with such he tried to help the future engineers, doctors and leaders by providing toys worthy of their imaginations. As the inventor of the Erector Set, and seeing its commercial appeal, then he and his company set a higher goal. They became the leading manufacturer of scientific toys (chemistry sets) and construction sets (Erector), all of which gained wide acclaim at the retail level.

Associated with the A. C. Gilbert "U-238 Atomic Energy Lab" were other physics toys and a famous cereal premium. 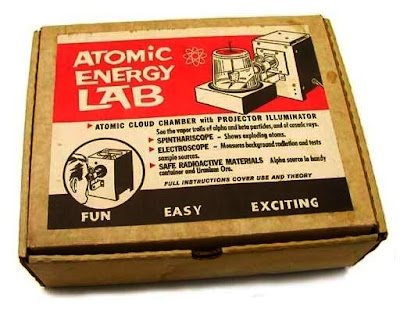 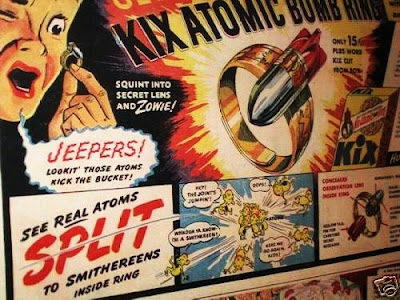 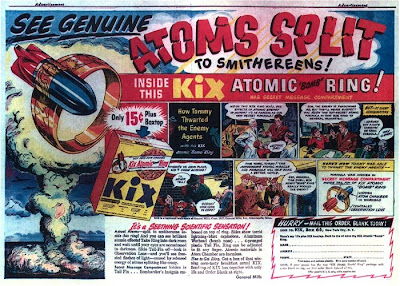 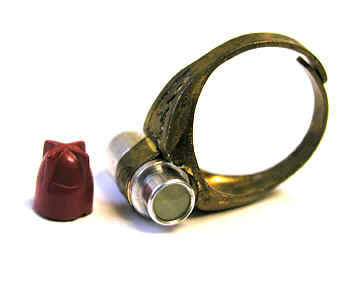 This ring spinthariscope was known as the Lone Ranger Atom Bomb Ring and advertised as a "seething scientific creation." The Lone Ranger was more closely associated with silver bullets than atomic bombs but that's what it was called. When the red base (which served as a "secret message compartment") was taken off, and after a suitable period of time for dark adaptation, you could look through a small plastic lens at scintillations caused by polonium alpha particles striking a zinc sulfide screen.

Distributed by Kix Cereals (15 cents plus a boxtop), the instructions stated: "You'll see brilliant flashes of light in the inky darkness inside the atom chamber. These frenzied vivid flashes are caused by the released energy of atoms. PERFECTLY SAFE - We guarantee you can wear the KIX Atomic "Bomb" Ring with complete safety. The atomic materials inside the ring are harmless.

It has been difficult to determine exactly what radioactive element was used for some sources indicated a bit of uranium or radium, but most favored polonium210 that had a halflife of about 138 days.

I still have mine and can fetch $125 and up if that precious shipping box was retained. Maybe there is a lesson to be learned--don't throw away any science toys.