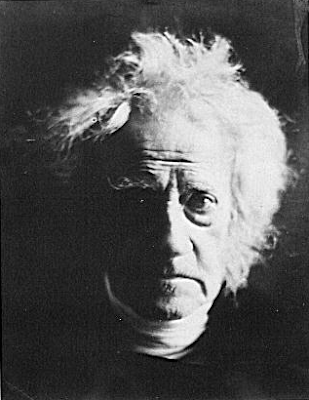 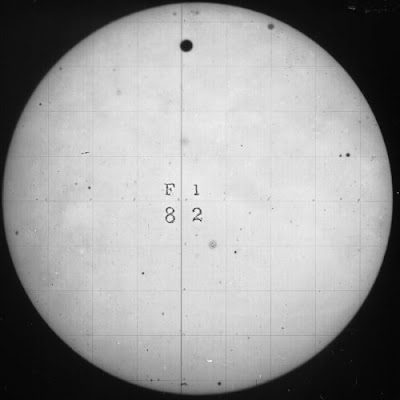 An example of glass plate [dry] astronomy photography was used in the Venus Transit event of 1882. "The site where these plates were taken is unknown. Images from photographic plates of the Transit of Venus (Venus crossing the face of the Sun), a very rare phenomenon that last occurred in 1874 and 1882. Wet bromo-iodide plates were used in 1874, but by 1882 dry collodion emulsion plates were available. The Naval Observatory and Transit of Venus Commission sent 8 parties around the world to observe each of the transits; the results were important for determining the scale of the solar system. Only 11 plates survive from the American 1882 expeditions; none of the plates from the American 1874 transit expeditions has survived."
The days of sitting in a frigid observatory making a long, slow exposure on an emulsion coated glass photographic plate is long gone. All is digital now and the astronomer doesn't even have to be in the observatory--one buys time and connects electronically. But the innovation of photography and application to astronomy is fascinating and probably can be attributed to one individual--Sir John Herschel. It may appear insignificant but on September 9th,1835, Sir John Herschel [after significant developments by William Henry Fox Talbot, Joseph Niepce, and Louis Daguerre (Daguerrotypes)] exposed the first glass plate--the rest is photographic history. "It is also to Herschel that we also owe the word "photography", a term which he used in a paper entitled "Note on the art of Photography, or The Application of the Chemical Rays of Light to the Purpose of Pictorial Representation," presented to the Royal Society on 14 March 1839. He also coined the terms "negative" and positive" in this context, and also the "snap-shot"."


History of Photography in Astronomy

"Write me as one who loves his fellow-men."

Sir John Herschel's life-long contemplation of the infinite in number arid magnitude, exalting and hallowing his mind, was exhibited in its effects upon his character, The truths he had learned from the stars were converted into principles of action. Lofty thoughts promoted noble deeds. " Surely," he himself had said in a yet higher mood of the same vein of thought as that of the last passage quoted, "Surely, if the worst of men were transported to Paradise for only half an hour amongst the company of the great and good, he would come back converted." There is one feature in Sir John Herschel's character of which some delineation cannot be omitted in any approximately correct picture of his long life. It is his filial piety. In a soul full of the gentlest feelings, his love for his father while the veteran lingered on the stage of life: and his reverence for the great and good man's memory after his departure, constituted the strongest sentiment. Perhaps there is no other instance in all history where filial affection became for so long a, time the ruling motive of a life. The son was born for a successor in the line of chemistry to Sir Humphrey Davy and a rival to Michael Faraday; for his father's sake he became an astronomer. His tastes led him into discoveries of the properties of hyposulphate salts and the actinic relations of light; his reverence for his illustrious sire determined him to complete, to the abandonment of every favorite pursuit, what the latter had so nobly 'begun. The pursuit of astronomy was neither the voluntary choice nor the principal bias of his intellectual life. His inborn aptitude lay in another direction. Uncontrollable circumstances determined his career, and these were framed out of impressions of the happy home of his childhood. He became a great astronomer, not through the promptings of natural taste but by the dictates of filial piety. And no man was ever more emphatically, in thought and work, in hostility to error and search after truth, the son of his father. Over the two the eulogy of David over Saul and Jonathan might be fitly pronounced.