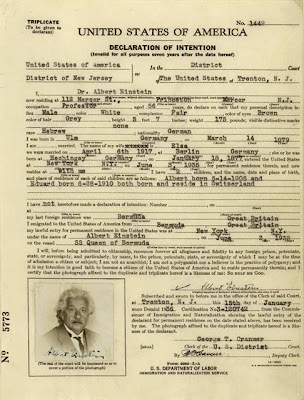 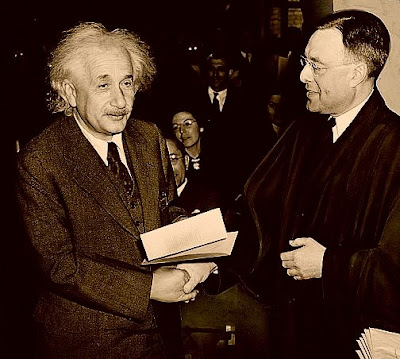 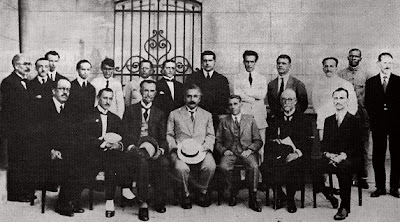 "Observatório Nacional", during Einstein's visit to Brazil, in 1925 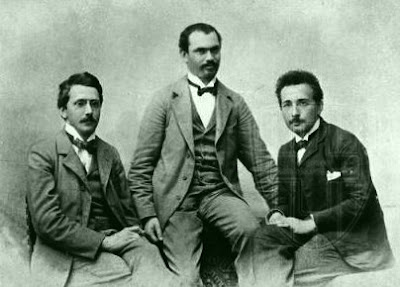 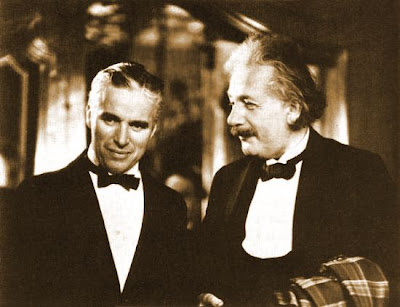 Einstein with Charlie Chaplin in Los Angeles at the "Los Angeles Theater" at the premiere of Chaplin's newest film City Lights on January 30th, 1931 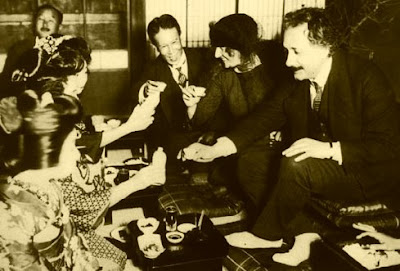 Einstein and his wife Elsa in Japan in 1922. They hitched a ride on the Kitano-maru from Marseille, France and reached their final destination at Fukuoka, Japan where he gave a lecture [a long lecture probably due to translation] at the Daihaku Theater. It was during his sojourn that he learned that he had received the Nobel Prize. For an historical perspective consider that Hitler was on the horizon repleat with Nazi racism, Mussolini was entrenching his fascist dictatorship in Italy, France was moving into the Ruhr valley to claim reparation money from Germany. Einstein was very impressed with Japan and the Japanese people. Ironic: Twenty three years later Hiroshima and Nagasaki became history. And, as a further note during the time of the Einstein's visit there was a young man by the name of Hideki Yugawa who in 1934 published his paper on mesons and was later the first Japanese to win the Nobel Prize. In 1948 Yugawa was invited by Princeton University to become a guest professor at Princeton High Research Center. What an awkward situation. Yugawa met Einstein. It is related that a tearful Einstein said "I apologize to you with my deep heart on atomic bombs dropping on Hiroshima and Nagasaki." 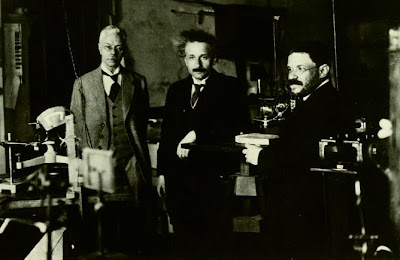 Einstein and unknowns at Frankfurt University 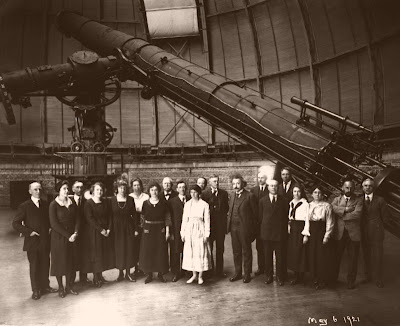 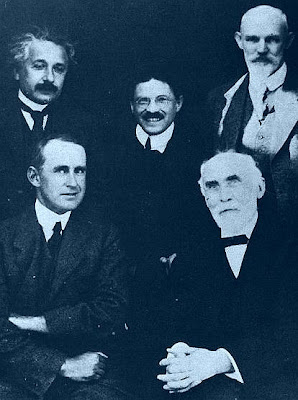 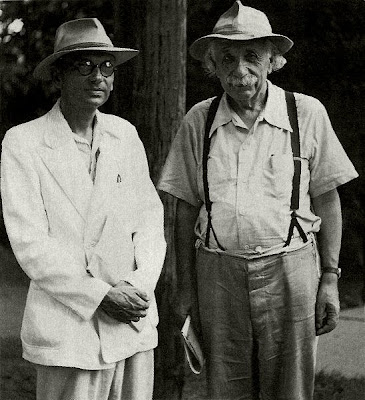 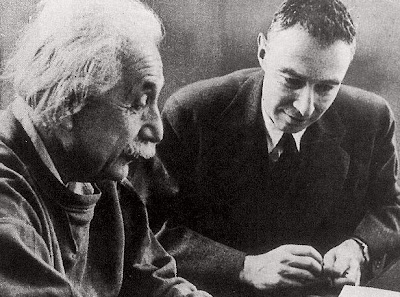 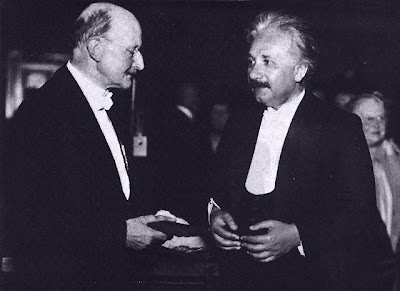 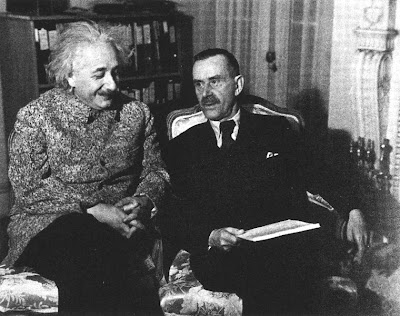 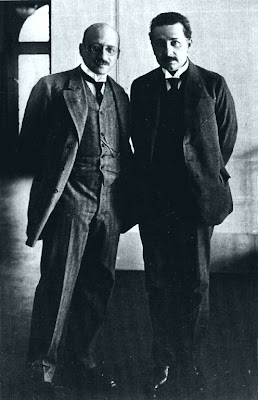 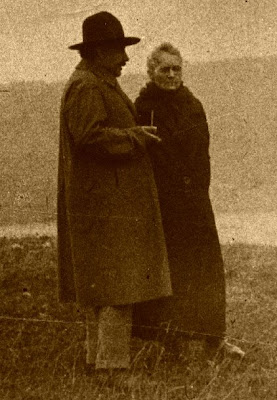