Will the cost for a pair of nickers rise? 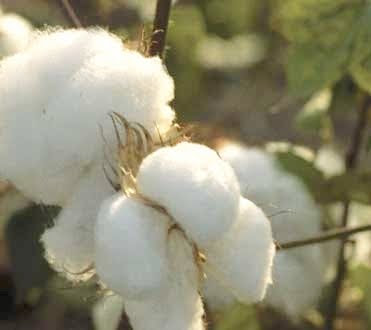 It's like the ecological system...one disruption and there is a cascade of problems. Now, as a result of weather, cotton prices will increase...no more K-Mart specials?

“It’s really a no-choice situation,” said Wesley R. Card, president and chief executive of the Jones Group, the company behind Anne Klein, Nine West and other brands. “Prices have to come up.”

The Bon-Ton chain is raising prices on its private-label fashion items by as much as a dollar this spring, and prices will go up further next fall. And it is switching from 100 percent cotton in items like sweaters to more acrylic blends. Levi’s says it has already increased prices and may push them further north next year. And Hanesbrands, the maker of Champion, Hanes and Playtex, says price increases will be in place by February, and prices could go up further if cotton prices remain where they are.

Other apparel makers say they have held the line on prices this year, but next year will be different. The V. F. Corporation, the maker of 7 for All Mankind and The North Face, says most brands will probably cost more next year, and its cotton-heavy jeans lines are particularly susceptible to increases. Jones says its increases could be in the high single digits or more.

The problem is a classic supply and demand imbalance, with the price of cotton rising almost 80 percent since July and prices expected to remain high. “World cotton production is unlikely to catch up with consumption for at least two years,” said Sharon Johnson, senior cotton analyst with the First Capital Group, in an e-mail.

Cotton inventories had been low because of weak demand during the recession. This summer, new cotton crops were also depleted because of flooding in Pakistan and bad weather in China and India, all major cotton producers.

But demand from China, in particular, was rising. And as the economic recovery in the United States began, apparel makers and retailers placed orders for more inventory, spurring even more demand. As prices rose, speculators entered the market, driving prices even higher.

“So far, it has shocked even the most veteran traders,” said Mike Stevens, an independent cotton analyst in Mandeville, La., in an e-mail. “It has resulted in panic buying by mills worldwide in order to ensure that they can keep their doors open.”

As of Tuesday morning, the price of cotton (measured by cotton futures for December delivery) had hit a record high on worries that cold weather in China might have damaged some crops.

Cotton’s swooping increase has some apparel companies switching production to countries with lower labor costs or milder customs charges. Lululemon Athletica, the sportswear company, is moving some manufacturing from China to Vietnam, Cambodia and Bangladesh, where wages are lower, and Bon-Ton is benefiting from reduced-duty production in Egypt and Nicaragua.

Manufacturers are also thinking smaller, examining whether a button or a thread can be replaced with a cheaper one, or whether the overall material mix can be changed so it is not so cotton heavy.

“They are taking purchase orders from the retailer and having this conversation with them, saying, ‘Look, I can’t deliver this garment for a dollar this year when it cost me a dollar twenty-five to make it up,’ ” said Andrew Tananbaum, the chief executive of Capital Business Credit, which finances apparel makers and other importers. “ ‘So would you take this garment if it had not cotton but acrylic?’ ”

Mr. Card, of the Jones Group, said the company had “whole teams” looking for more cost-effective materials that did not reduce quality. “That’s all they do,” Mr. Card said.

Liz Claiborne, which makes brands like Juicy Couture and Kate Spade, said it is also playing with some of the materials it uses. One example, said Jane Randel, a spokeswoman, would be shifting from some imported Italian fabrics to “suppliers who produce their own raw materials or yarns.” The company may also reassess its contracts for so-called component materials - like buttons and trims - she said in an e-mail.

At Bon-Ton, retail prices for the private-label clothes have increased about 5 to 8 percent so far this year, said Steve Villa, senior vice president of private brand at the company. Bon-Ton has been turning to different formulations, including sweaters blended with different rayons and synthetic fibers, to avoid further increases.

“At some point, you adopt a different process that maybe will yield some cost savings or you are faced with passing that through,” Mr. Villa said.

Of course, as apparel makers increase the price of cotton goods and also try to reduce their reliance on cotton, there are some risks.

For starters, neither the apparel makers nor the retailers are certain that shoppers will be willing to pay more for cotton goods. “It’s an unanswered question at this point,” said Robert K. Shearer, chief financial officer of the V. F. Corporation.

And - to the disfavor of many fashion purists - with prices unlikely to fall for some time, there could be wider popular acceptance of fabrics like polyester.

“We may be training a new generation to be far more accepting of synthetic fibers, which is likely to hurt cotton’s market share in the long run,” said Ms. Johnson, the analyst with the First Capital Group.
Posted by Mercury at 6:42 AM