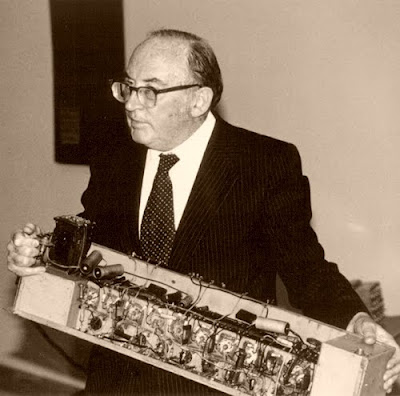 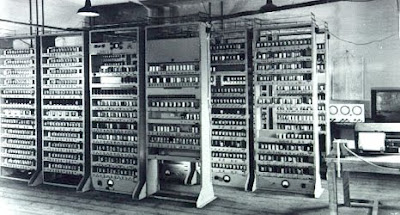 BBC NEWS
The "father" of British computing, Sir Maurice Wilkes, has died at the age of 97.

Sir Maurice was the designer and creator of Edsac, a computer that ran its first program in May 1949.

The Cambridge machine was the first widely-useable stored program machine and was very influential on the nascent British computer industry.

It set standards for how computers should be used in academia and business that have lasted until the present day.

Following work on developing radar during World War II, Sir Maurice returned to Cambridge to begin designing the machine that would become Edsac.

Prior to the war he had studied mathematics at Cambridge and been heavily involved with the rather limited calculating machines used in the department.

Study of the design documents for what would become the US Edvac machine convinced him that computers were the future and he started the project to build one at Cambridge.

His efforts were helped by a trip to the US to attend a series of lectures, known as the Moore School, run by the American scientists who had built the pioneering Eniac computer and were working on its successor Edvac.

"Maurice Wilkes was the first to turn these ideas into a fully-functional electronic stored-program computer when the Cambridge Edsac ran its first program in May 1949," said computer historian Dr Simon Lavington.

Maurice Wilkes and Edsac (NPL) The Edsac computer ran its first program in May 1949.

Unlike earlier machines such as the Manchester Mark I which were largely experimental, Sir Maurice wanted to put his computer to practical use.

"The Edsac group was the most influential of the early British computing teams," said Dr Lavington, "most especially in setting high standards for the development of software and the organisation of a computing service to scientists and engineers."

The success of Edsac caught the attention of catering firm J Lyons which funded further development of the machine and led to the creation of the Leo - one of the first machines put to dedicated business use.

Innovations at the Cambridge computer laboratory, such as microprogramming and time-sharing, were widely influential in the industry at large.

"If any person deserves the title of the father of British computing, it is surely Professor Sir Maurice Wilkes," said Dr Lavington.

Sir Maurice Wilkes [Wikipedia]
Posted by Mercury at 7:23 AM