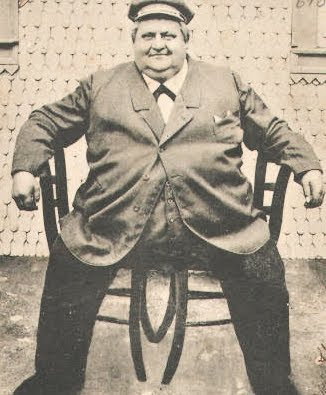 If they do the below, then all fast food meals should have the above image or a similar image.

HealthDay News
A series of gruesome pictures depicting emaciated lung cancer patients, a dead body in a morgue, a baby confined to a respirator (presumably the result of secondhand smoke) and other consequences of smoking that will appear on the outside of cigarette packages will hopefully shock people into quitting the habit or not starting in the first place, U.S. officials announced Wednesday.

U.S. Food and Drug Administration officials said a new "comprehensive tobacco control strategy" would include not only these graphic photos but bold statements such as "Smoking Will Kill You."

"Today, FDA takes a crucial step toward reducing the tremendous toll of illness and death caused by tobacco use by proposing to dramatically change how cigarette packages and advertising look in this country. When the rule takes effect, the health consequences of smoking will be obvious every time someone picks up a pack of cigarettes," U.S. Food and Drug Administration Commissioner Dr. Margaret A. Hamburg said in a prepared statement. "This is a concrete example of how FDA's new responsibilities for tobacco product regulation can benefit the public's health."

Dr. Len Horovitz, a pulmonary specialist at Lenox Hill Hospital in New York City, said: "We want people to look on the side of cigarette packages and notice that cigarettes cause heart disease, lung cancer, emphysema, COPD [chronic obstructive pulmonary disease] and a host of other problems. We also want them to know that light smoking is not acceptable. Even one to three cigarettes a day triples the risk of heart disease."

The proposed new deterrents are part of a broader FDA anti-tobacco strategy to combat the leading cause of premature and preventable death in the United States, one that claims 1,200 lives each day. The plan is also an outgrowth of a 2009 federal law that gave the FDA the authority to regulate tobacco products, including marketing and labeling guidelines, ban certain products and limit nicotine.

For the pictures-on-cigarette pack strategy, the FDA will chose by June 22, 2011, nine "graphic and textual warning statements" to appear prominently on cigarette packages. The warnings will also have to appear in cigarette advertisements.

By Oct. 22, 2012, tobacco companies will be required to include these warnings on all cigarette packages sold in the United States.

"With today's publication of the Food and Drug Administration's proposed rule to modify required warning labels on cigarette packages and advertisements, we hope more Americans will resist the temptations of tobacco use and participate in evidence-based smoking cessation programs that include counseling and pharmacotherapies," she said in a statement.

Reynolds American Inc., the parent company of the nation's second-largest cigarette maker, R.J. Reynolds, is reviewing the labeling plan. But spokesman David Howard said the legality of the new labels is part of a lawsuit filed by the company, Lorillard Inc. and other cigarette makers that is pending in federal appeals court, the Associated Press reported.

In their lawsuit, the tobacco makers contend that the warnings would relegate the companies' brands to the bottom half of the cigarette packaging, making it "difficult, if not impossible, to see," the AP reported.

Over the last decade, countries as varied as Canada, Australia, Chile, Brazil, Iran and Singapore, among others, have adopted graphic warnings on tobacco products. Some are downright disturbing: in Brazil, cigarette packages come with pictures of dead babies and a gangrened foot with blackened toes.

Currently, the United States has some of the weakest requirements for cigarette package warnings in the world, David Hammond, an assistant professor in the department of health studies at the University of Waterloo in Ontario, Canada, told HealthDay. The text-only warnings on packages have changed little since 1984.

Elsewhere, graphic warnings seem to be helping to drive down smoking rates. In Canada, about 13 percent of the population smokes daily, a 5 percent drop since graphic warnings were adopted in 2000, according to Hammond.
Posted by Mercury at 5:39 PM