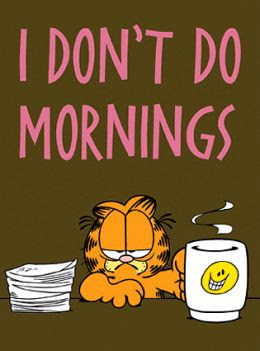 Just remember that these are mere statistical suggestions and not categorical statements.

One study says that people who stay up late have higher IQs than 'morning people.' But night owls may not make smart choices.

The Christian Science Monitor
London School of Economics researcher Satoshi Kanazawa says that folks who stay up late have higher IQs than people who start their day early.

He also suggests that this is a relatively new phenomenon in the span of human history. Nocturnal activity was a dangerous thing prior to the advent of fire. He says today's night owls are defying ancestral-genetic tendencies, according to his article in Psychology Today. Kanazawa is also writing a book, scheduled to be published next year, titled: "Escaping Biology: Why Intelligent People Do Unnatural Things."

Are you an owl or a lark? A chronotype quiz.

Kanazawa's research is not conclusive. It simply notes that Americans who go to bed late would appear to have higher IQs than those who go to bed early.

But he doesn't explore whether those night owls do better in school, or in the workplace, or are happier.

In fact, a 2006 study by psychologist Marina Giampietro and G.M. Cavallera at the University of the Sacred Heart in Milan, Italy, indicates evening-types tend to be less reliable, less emotionally stable, and more apt to suffer from depression, addictions. and eating disorders, according to an article in the Winnepeg Free Press.

And a 2008 study by Kendry Clay, of the University of North Texas, show undergrad college students who study late at night had lower GPAs, while those who are morning types had higher GPAs.

Kanazawa also has done research which concludes that Americans with high IQs are not just night owls, but are more likely to smoke and drink more alcohol. Huh? High IQs but not-so-intelligent choices?

But Brits with high IQs are less likely to smoke, says Kanazawa, who admits he has no idea why this would be.
Posted by Mercury at 5:03 PM