One way trip to Mars? 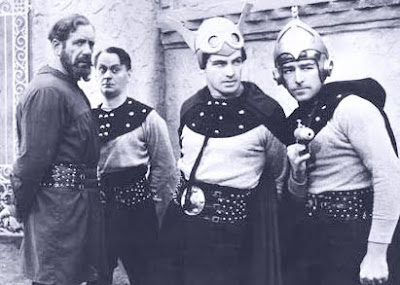 What an absurd idea. This quest for man in space at this time is just not a good idea.

They say it could save money and speed up colonization as a hedge against a disaster on Earth.

latimes.com
It's always cheaper to fly one way, even to Mars.

Two scientists are suggesting that colonization of the Red Planet could happen faster and more economically if astronauts behaved like the first settlers to come to North America — not expecting to go home.

"The main point is to get Mars exploration moving," said Dirk Schulze-Makuch, a Washington State University astrobiologist who co-wrote an article that seriously proposes what sounds like a preposterous idea.

At least one astronaut who walked on the moon was not impressed.

"We aren't ready for this yet," Ed Mitchell of Apollo 14 wrote in an e-mail.

Also cool to the idea was NASA.

President Obama has already outlined a plan to go to Mars by the mid-2030s. But he never suggested that space travelers wouldn't come home.

"We want our people back," NASA spokesman Michael Braukus said.

The article, titled "To Boldly Go," appears in the latest issue of the Journal of Cosmology. Schulze-Makuch and Paul Davies, a physicist at Arizona State University, argue that humans must begin colonizing another planet as a hedge against a catastrophe on Earth. They think the one-way trips could start in two decades.

"You would send a little bit older folks, around 60 or something like that," Schulze-Makuch said, bringing to mind the aging heroes who saved the day in the movie "Space Cowboys."

Mars has surface gravity, an atmosphere, abundant water, carbon dioxide and essential minerals. The two scientists propose that the missions begin with two two-person teams; more colonists and regular supply ships would follow. By not taking the extra fuel and provisions necessary for a return trip to Earth, the mission could cut costs by 80%.

Davies and Schulze-Makuch said it was important to realize they were not proposing a "suicide mission." But they acknowledge the proposal is a tough sell for NASA, with its focus on safety, and suggest the private sector might be more fertile ground.

"What we would need is an eccentric billionaire," Schulze-Makuch said.
Posted by Mercury at 6:40 AM