And you thought physics was boring 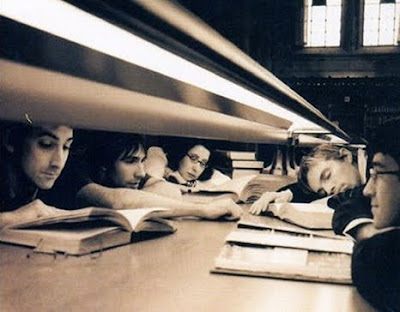 Well, I must admit that hardcore physics [computational, quantum, or topological physics] can be impossible to crack and understand but here are two everyday items touched by the realm of physics. 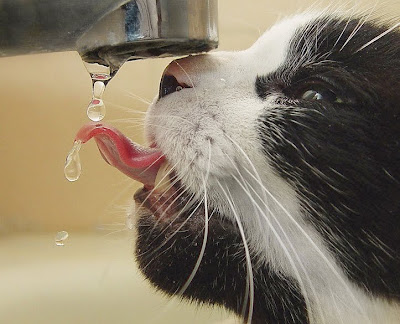 NPR
Even if you don't own a cat you've probably seen one lap up a bowl of milk. Exactly how our feline friends go about doing it has been a scientific mystery, until now: The journal Science has published the conclusive study of how cats drink.

It turns out that trying to capture cat-drinking on film is a bit harder than you might expect.

"You don't induce the cat to drink; you just wait until the cat decides to drink," says Roman Stocker, an author of the study and an associate professor at MIT who specializes in fluid mechanics. Stocker and his colleagues spent hours filming — or trying to film — cats lapping.

"The nice thing about it is that the cat laps with an impressive frequency of four times per second, so if you catch only a few seconds of lapping you have many laps," Stocker explains.

Watching in slow motion reveals that cats of all sizes, from tabbies to tigers, have a very elaborate way of drinking. First, they move the tip of their tongue onto the surface of the water to flick the water up so that a little jet of liquid flies into the air. Then, in a flash, they catch the jet in their mouth.

What's more, when the researchers crunched the numbers, they found the cats had it down.

"They really know how to do it perfectly, almost as if they're doing the equations in their head," says Pedro Reis, a co-author of the study and assistant professor at MIT.

The Value Of Pet Physics?

The whole system is much more elaborate than that of dogs, which simply scoop up the water with their tongues.

"I have no idea why cats don't just do it the ordinary way, but you know that's the weird, interesting thing about biology: What nature does is not necessarily the best way to do things," says David Hu, a researcher at Georgia Tech. "I think that dogs generally have a better way to do it."

Full disclosure: Hu owns a poodle and also recently completed an exhaustive study of how dogs shake themselves dry.

All this pet physics might seem a little silly, but it has a point.

Stoker thinks that cat tongues might guide the design of ultraflexible robots. And Hu, like some other researchers, is interested in studying the movements of fluids. But modeling drops on a computer can be hard to do. 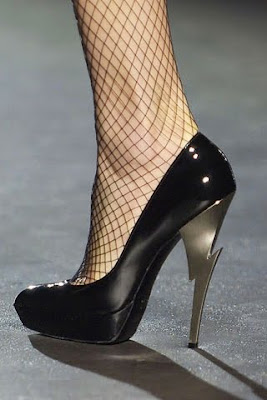 "The Science of High Heels: How Physics Keeps Women From Falling Down"

FoxNews.com
How on Earth do women walk in high heels? Seriously now . . . shouldn't they tip over?

The answer is: Science.

Lady Gaga's massive 10-inch tapered heels may be purely for show, rarely making an appearance outside of the artist's music videos. But three-inch or higher heels are hard for many people to understand -- even scientists.

"Many of my physicist colleagues have no trouble understanding quantum mechanics but can't figure out how women can wear high heels," admitted Dr. Laura Grant, a physicist from Liverpool University.

Yet the recipe for safe stilettos seems fairly straightforward: Two parts sacrifice and a dash of solid steel, said Fred Allard, creative director for Nine West, one of the world's largest manufacturers of women's shoes.

"In the center of the mold, a steel rod is inserted for safety and solidity purposes," Allard told FoxNews.com. "The density of the plastic in the heel is also very important, and we make sure during production that no air bubbles get into the center, which can cause weakness."

Got it? A tiny piece of leather is suspended by steel and plastic (hopefully more steel than plastic). But how do women walk in them? Or Prince, for that matter?

Turns out, there's a formula for that. In 2004, researchers at the University of Surrey devised an equation that uses shoe size, the Pythagorean theorem, and several sociological variables to calculate how high heels can safely go: h = Q x(12+3s /8)

Variables in the equation include aesthetic appeal of the shoe, experience in wearing high heels, how many months the shoe has been in style, and even the amount of alcohol consumed.

The cost of the shoe plays a factor too, said Dr. Paul Stevenson of the University of Surrey, who developed the equation.

"Clearly, if the shoe is particularly expensive, you can put up with a higher heel," Stevenson said.

Obviously, it's not exact science. But it does give would-be wearers an idea of how much height they can tolerate. In most cases, five inches seems to be the max, though Allard said Nine West puts no limit on the height of a heel. "The height is only limited by the foot's configuration within the shoe," he told FoxNews.com.

In other words, beauty is pain. Women don't wear heels because they are comfortable; they endure the pain because the tradeoff is looking really hot.

Why all the health risks? Science can explain that too. Specifically, Newton's second law of motion, which states for every action there is always an equal and opposite reaction.

In laymen's terms, the weight of a woman's body is almost entirely focused on a heel the size of a pencil eraser, which creates immense pressure for such a small area. Much more, in fact, than a 6,000-pound elephant -- which explains why elephants can walk on grass but women in spike heels can't without sinking into the ground.

Conversely, that immense pressure reflects back into the shoe wearer's heel, back, and everything in between, which explains the associated health risks to the body. That said, heels can also have a positive effect on well-being.

"They have a way of making me feel better about myself," Dani Gooch, a high-heeled mother of two told FoxNews.com. "In that sense, I feel more confident in them than I do in other shoes."

"People say they're bad for the feet, but they're good for the mind. What's more important?"
Posted by Mercury at 7:01 PM