38 years later...shuttle Discovery to be retired 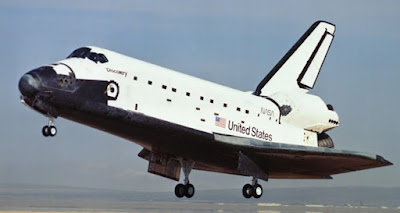 "Discovery's final home 'up in the air'"

SPACE TRAVEL
As the space shuttle Discovery is prepared for its Wednesday launch on its final mission, uncertainty surrounds its eventual permanent home, U.S. officials say.

Long intended to end up on display at the Smithsonian Institution in Washington, Discovery may, in fact, go elsewhere if the museum can't come up with the estimated $28 million needed to prepare the spacecraft for delivery and display, collectSPACE.com reported Monday.

NASA denoted the Smithsonian as recipient of Discovery after the shuttle's retirement when it announced in 2008 that all three shuttles -- Discovery, Atlantis and Endeavor -- would go to museums.

But the $28.8 million reportedly is beyond the reach of the Smithsonian's National Air and Space Museum and NASA is not in a position to underwrite the cost, sources told collectSPACE.com.

"There have been discussions between NASA and the Smithsonian about the issue," Robert Jacobs, NASA's deputy associate administrator for communications, said, "but I am not sure they are on-going at this point because the process has been put on hold."

Discussion of where Discovery or any of the orbiters are going for museum display, a decision NASA administrator Charles Bolden will ultimately make, have been tabled, Jacobs said.

"We've had a lot of other things on the agency's plate besides where the orbiters are going to go," said Jacobs. "The agency is focused on safely flying out the manifest."