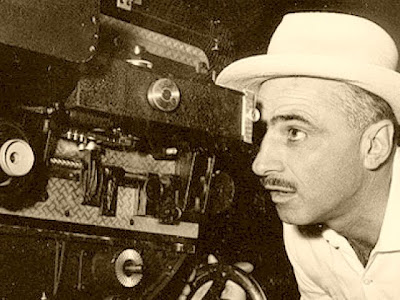 BBC NEWS
One of the greats of post-war Italian cinema, Mario Monicelli, has killed himself by jumping out of a hospital window, media reports say.

Monicelli, 95, was dubbed "father of Italian comedy" for directing films such as Amici Mei (My Dear Friends) and I Soliti Ignoti (Persons Unknown).

He was said to have leapt from the fifth floor of a Rome hospital where he was being treated for terminal cancer.

He received numerous awards and was nominated four times for an Oscar.

Monicelli was admitted a few days ago to San Giovanni hospital where he was being treated for prostate cancer, reports said.

He made his debut as a director in 1949 and won the Golden Lion at the Venice Film Festival 10 years later for The Great War.

The 1958 film I Soliti Ignoti - released in the US as Big Deal on Madonna Street and in the UK as Persons Unknown - helped launch the careers of Marcello Mastroianni, Claudia Cardinale and Vittorio Gassman.

A Very Little Man (1977) was one of his best-known works about a man who takes justice into his own hands after his son is killed in a robbery.

Monicelli was known as politically left-wing and had called last year for students to protest against the government's proposals for cuts to the culture budget.

The New York Times
Mario Monicelli, the Italian director known as one of the great “comedia all’Italiana” filmmakers for movies including “Big Deal on Madonna Street” and “La Grande Guerra” (The Great War) in the 1950s and 60s, died Monday in Rome in an apparent suicide. He was 95.

A spokeswoman for the San Giovanni hospital in Rome, where Mr. Monicelli was being treated for a pancreatic condition that appeared terminal, told news agencies that he jumped to his death Monday night from his hospital room. His body was covered by a sheet for hours as police and medical examiners investigated the circumstances of his death.

Mr. Monicelli was a contemporary of the noted Italian filmmakers Federico Fellini and Ettore Scola and worked closely with some of the nation’s greatest actors, including Marcello Mastroianni, Toto and Alberto Sordi. His career spanned more than 60 years in which he wrote and directed dozens of films, documentaries, shorts and TV series, including 2006’s “The Roses of the Desert.” He was most well-known for the comedies “Big Deal on Madonna Street” (1958) a crime caper where inept criminals bungle their robbery of a pawn shop, and “La Grande Guerra” (1959) which won the Venice Film Festival’s Golden Lion Award for its comedic take on the tragedies of World War I. In 1991, the Venice Film Festival honored him with a lifetime achievement award.

Beyond its humor, Monicelli’s work combined comedy with serious social criticism of the difficulties faced by an Italian society that had been traumatized by wars and the Fascist movement.

“Monicelli’s films focused on the problems of people on the lower rungs of society trying to make do in a world that is just as ludicrous as their foolish attempts to get ahead,” The Times noted in a review of a 1997 retrospective showing eight of his films at Lincoln Center’s Walter Reade Theater.

In addition to the critical success of his films, Mr. Monicelli also found commercial success.

“It took something to be able to combine great art and make great money at the box office,” said Peter Bondanella the author of “A History of Italian Cinema.” “Monicelli was really a super commercially viable guy who had a touch of genius too, and he knew what he could do with really good actors with a good script.”

Ultimately, it was the mix of tragedy and comedy that drove Mr. Monicelli’s filmmaking.

“All Italian comedy is dramatic,” he said in a 2004 interview with Cineaste magazine “The situation is always dramatic, often tragic, but it’s treated in a humorous way. But people die in it, there’s no happy ending. That’s just what people like about it. The Italian comedy, the kind I make, always has this component.”

Filmography
Posted by Mercury at 6:53 AM