Women in physics...an essay of importance 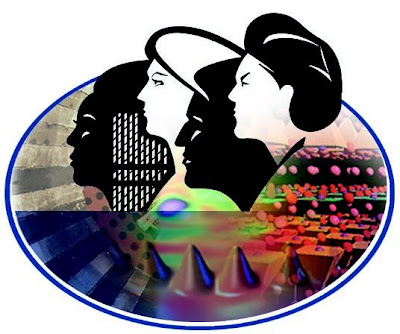 "For women in physics, the pipeline is a labyrinth"

Physicist Patricia Rankin asserts that there is no glass ceiling that blocks women’s advances to the top levels of physics. Nor is the problem a career pipeline that leaks women at every junction until, by the end, there are very few left; actual career paths are not so straightforward. No, the situation is much more complicated, she said at an April networking luncheon for women in physics....

Read the rest of the article

As they have done:

Thank you for a great summary of the talk. My decades of work in gender equity in higher education and in science and engineering would certainly support all of these insights and recommendations. I’d like to take it a step further, and invite any readers with physics (or other science/engineering backgrounds) to consider volunteering as mentors for undergraduates, graduate students, postdocs, or early career faculty members in these fields (your choice of level, if you want to select) through MentorNet. Serving as a mentor is simple and not terribly time-consuming–less than 15 minutes/week, and can fit into almost any schedule. Thanks for considering it!

Thanks for a great summary of a great talk!

For most of her 61 years, Loretta Dauwe, as a professor, a physicist, a researcher and a nun, quietly broke through one glass ceiling after another.

Throughout her career, she fought to make sure women had a role model in male-dominated science classrooms and to make sure that all her students excelled.

"The thing that really strikes me is that she would fight for principle," said Alan Grafe, a physics professor at the University of Michigan-Flint. "She would always do things the right way. She made absolute certain that her students knew their stuff."

Dauwe of Flint died Sunday of pancreatic cancer at her home. She had served as chair of the physics department before going on medical leave earlier in the spring semester.

In the department, Dauwe was clearly in the minority.

Nationwide, only about one in every five undergraduate physics students is female and only about 13 percent of physics professors are women.

Grafe said the presence of instructors like Dauwe helped make a dent in the gender discrepancy.

"She was obviously interested in encouraging women to pursue the sciences," Grafe said. "Definitely, her presence helped."

Dauwe, a member of the Congregation of Sisters of Precious Blood since 1964, headed up a scholarship program for undergraduate women pursing their bachelor's degrees.

Dauwe was able to do more than just offer encouragement to women students because she had climbed the ladder herself, starting as an unergraduate at the university of Dayton and continuing through her doctoral studies at Purdue.

"That's one reason the loss is doubly acute," said DJ Trella, Dean of U-M Flint's College of Arts and Letters. "We don't have many female students or teachers in the department."

Trella remembered the day Dauwe told him about her illness as a sad day for many, he said.

"When she explained the diagnosis to me, I started to cry," he said. "And she was the one who got up to get me tissues. She said she saved them for students who had failed exams, but she was getting a lot of use out of them that day."
Posted by Mercury at 8:00 PM