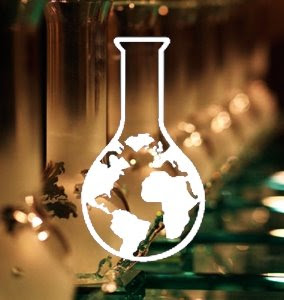 This two fold increase of 45% in two months through out the chemical industry will have a huge trickle down effect on every citizen on the globe. We are not privy to the ledgers of these companies but one wonders if this is an ethical and justifiable decision given the current world conditions despite the rise of raw products and energy. Would it be prudent to lower profit margins and hold the near 50% increase. Dollar General stores will disappear or be renamed Two Dollar General.

"Dow And Others Raise Prices, Again"

Chemical & Engineering News
DOW CHEMICAL will raise prices by up to 25% on July 1, after already increasing them by as much as 20% on June 1. Like other chemical companies, Dow is trying hard to offset economic slowdowns in the U.S. and Europe and rising costs for both energy and raw materials.

Dow is going a step further, however, and is also idling or decreasing production at some plants. It has already reduced its worldwide ethylene oxide production by 25%, its North American acrylic acid production by 30%, and emulsion polymer capacity in North America and Europe by up to 25%.

Added to these will be 40% production cuts in styrene, 15% in polystyrene, and 20% in Styrofoam insulation, all in Europe. Dow's automotive unit will also trim costs at facilities and cut jobs.

Dow CEO Andrew N. Liveris calls the measures "extremely unwelcome but entirely unavoidable. For the first half of 2008, our feedstock and energy costs are up more than 40% compared with the same six months of last year."

Although the June 1 price increases helped, they have not been enough to fully cover the ongoing rise in costs, Liveris says. Dow and Rohm and Haas were two of just a handful of U.S. chemical makers that reported declines in first-quarter earnings. Earlier this month, Rohm and Haas said it would cut more than 900 jobs and shutter capacity, primarily in North America.

Several other producers, including BASF and Bayer MaterialScience, have also announced wide-ranging price increases for chemicals going into automotive, construction, and consumer products. International Specialty Products is increasing global prices by up to 20% in several areas on top of the 5–10% increases it imposed in late May. And Air Products says it will update surcharges on all of its liquid and bulk industrial gas products, effective July 1.

Whether these moves are enough to help companies even tread water is uncertain. Every $1.00 increase in the price of a barrel of oil costs the industry $660 million, points out T. Kevin Swift, chief economist at the American Chemistry Council trade association. And looking at producer price indexes through May, he concludes that "the feedstock component has gone up faster than the overall price for chemical products."
Posted by Mercury at 7:07 PM