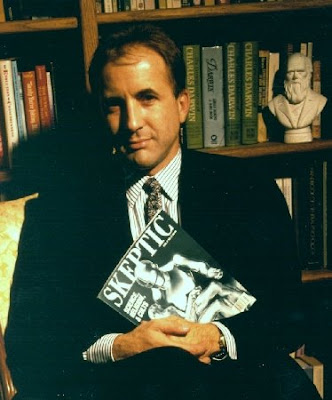 A good essay on why, in part, "reductionism" in physics fails.

Can emergence break the spell of reductionism and put spirituality back into nature?

In the early 17th century a demon was loosed on the world by Italian mathematician Galileo Galilei when he began swinging pendulums, rolling balls down ramps and observing the moons of Jupiter—all with an aim toward discovering regularities that could be codified into laws of nature.

So successful was this mechanical worldview that by the early 19th century French mathematician Pierre-Simon Laplace was able to "imagine an Intelligence who would know at a given instant of time all forces acting in nature and the position of all things of which the world consists.... Then it could derive a result that would embrace in one and the same formula the motion of the largest bodies in the universe and of the lightest atoms. Nothing would be uncertain for this Intelligence."

By the early 20th century science undertook to become Laplace’s demon. It cast a wide "causal net" linking effects to causes throughout the past and into the future and sought to explain all complex phenomena by reducing them into their simpler component parts. Nobel laureate physicist Steven Weinberg captured this philosophy of reductionism poignantly: "All the explanatory arrows point downward, from societies to people, to organs, to cells, to biochemistry, to chemistry, and ultimately to physics." In such an all-encompassing and fully explicable cosmos, then, what place for God?

Stuart Kauffman has an answer: naturalize the deity. In his new book, Reinventing the Sacred (Basic Books, 2008), Kauffman—founding director of the Institute for Biocomplexity and Informatics at the University of Calgary in Alberta and one of the pioneers of complexity theory—reverses the reductionist's causal arrow with a comprehensive theory of emergence and self-organization that he says "breaks no laws of physics" and yet cannot be explained by them. God "is our chosen name for the ceaseless creativity in the natural universe, biosphere and human cultures," Kauffman declares.

In Kauffman's emergent universe, reductionism is not wrong so much as incomplete. It has done much of the heavy lifting in the history of science, but reductionism cannot explain a host of as yet unsolved mysteries, such as the origin of life, the biosphere, consciousness, evolution, ethics and economics. How would a reductionist explain the biosphere, for example? "One approach would be, following Newton, to write down the equations for the evolution of the biosphere and solve them. This cannot be done," Kauffman avers. "We cannot say ahead of time what novel functionalities will arise in the biosphere. Thus we do not know what variables—lungs, wings, etc.—to put into our equations. The Newtonian scientific framework where we can prestate the variables, the laws among the variables, and the initial and boundary conditions, and then compute the forward behavior of the system, cannot help us predict future states of the biosphere."

This problem is not merely an epistemological matter of computing power, Kauffman cautions; it is an ontological problem of different causes at different levels. Something wholly new emerges at these higher levels of complexity.

Similar ontological differences exist in the self-organized emergence of consciousness, morality and the economy. In my recent book, The Mind of the Market (Times Books, 2008), I show how economics and evolution are complex adaptive systems that learn and grow as they evolve from simple to complex and how they are autocatalytic, or containing self-driving feedback loops. It was therefore gratifying to find corroboration in Kauffman’s detailed explication of why such phenomena "cannot be deduced from physics, have causal powers of their own, and therefore are emergent real entities in the universe." This creative process of emergence, Kauffman contends, "is so stunning, so overwhelming, so worthy of awe, gratitude and respect, that it is God enough for many of us. God, a fully natural God, is the very creativity in the universe."

I have spent time with Stu Kauffman at two of the most sacred places on earth: Cortona, Italy (under the Tuscan sun), and Esalen, Calif. (above the Pacific Ocean), at conferences on the intersection of science and religion. He is one of the most spiritual scientists I know, a man of inestimable warmth and ecumenical tolerance, and his God 2.0 is a deity worthy of worship. But I am skeptical that it will displace God 1.0, Yahweh, whose Bronze Age program has been running for 6,000 years on the software of our brains and culture.

Scientific Method out the window?