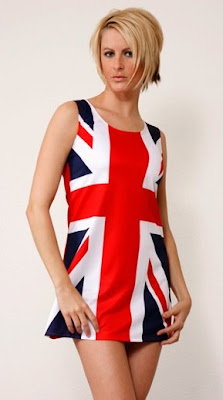 This is what can happen when politicians are void of science knowledge and are somewhat shortsighted.

With CERN's new collider due to open next month, the UK's science-funding crisis could not have come at a worse time for the country’s physics community.

"The events of the past few months have exposed serious deficiencies within the senior management [of the Science and Technology Facilities Council], whose misjudgements could still significantly damage Britain’s research reputation in [physics], both at home and abroad." That was the damning verdict of a report published by MPs at the end of April into the crisis in UK science funding (see "Report slams UK's leading physics funding agency"). The MPs, who form the House of Commons select committee on innovation, universities, science and skills, called for "substantial and urgent changes" to the way in which the council is run and said that there were "serious questions about the role and performance of the chief executive [Keith Mason]".

It is rare for such a report to criticize an individual or organization so strongly. But the report does reflect the anger in the UK physics community at the way in which the Science and Technology Facilities Council (STFC) has handled an £80m shortfall in its budget that emerged late last year. As has been well documented, the government will increase the STFC's budget by about 4.5% a year from £573m in 2007/8 to £652m in 2010/11. But from this the STFC has to pay for subscriptions to international labs like CERN and for depreciation of its capital assets. Moreover, like all the other UK research councils, its grants now also have to include a much larger proportion of university infrastructure costs. Given these constraints, the council ended up with 25% less cash than it needed for individual grants and projects in particle physics and astronomy.

But STFC bosses made a bad situation worse by deciding last December — seemingly without consulting physicists — that it would deal with the shortfall by pulling out of plans for the International Linear Collider, withdrawing from the Gemini telescopes and ending funding for solar–terrestrial physics. As the MPs point out, the STFC's communication on this and other matters has been "lamentable". To its credit, the STFC has done better in recent months, having consulted the community over a ranking that it drew up in February of the projects that it currently supports. The STFC expects to announce next month which projects it can afford to fund, but some, despite the consultation, will still face the chop.

Many in the UK physics community would no doubt be delighted to see Mason step down or be sacked, which could help to restore their faith in the STFC. But having received “full support” from the STFC’s Council, the chances are that he will remain in place until his term as chief executive ends in 2012. And even if Mason were to go, his successor would still face huge problems. The simplest solution would be for the government to make good the £80m shortfall, although that seems unlikely, as does the prospect of the STFC postponing any decisions over what to fund until the Wakeham review into the health of physics is published in September.

Part of the blame for this fiasco certainly lies with the government. By creating the STFC in April last year from two previous research councils — just months before the government’s spending review — the new council had little time to make a proper case for funding. The resulting shortfall could not have come at a worse time for physics, just as the Large Hadron Collider at CERN comes online (see "A taste of LHC physics"). For the want of just £80m, Britain’s physics base has been unnecessarily and badly hit.