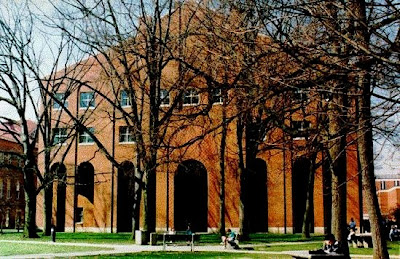 Read these two articles and feel the sadness and disappointment. The first article mentions only race and ethnicity and I would include gender as well even though the latter is making great strides. And the financial lenders...well, you decide.

ScienceNews
Most people believe science and engineering would be better off – richer – if blacks, Hispanics, and native Americans weren’t such bit players in the research world. The question is why these groups have traditionally been so underrepresented. A new analysis points to low family income as a hefty contributor.

Kathryn Kailikole, director of the Stokes Institute, announced her brand-new-nonprofit organization’s presence last Wednesday. It was created under the auspices of the Washington, D.C.-based Council for Opportunity in Education. The new institute's mission: to increase the participation of traditionally underrepresented demographic groups in science, technology, engineering, and math – the so-called STEM fields.

Kailikole briefed Capitol Hill staffers, Thursday, while attempting to enlist their support for a major overhaul of programs aimed at increasing diversity in STEM fields. She painted a bleak picture of where things stand – one that she also shared with me on Saturday.

To track where low-income, high-school freshmen end up, Kailikole has reviewed census and other databases. It's no surprise that most of these students didn't train for careers in biology or physics. But her numbers show that their drop-out rate from the resource stream feeding into the workforce is far worse than federal statistics have indicated.

She focused on students coming from families in the bottom quarter of incomes nationally. Of these, perhaps three-quarters are non-whites. So in a sense, she says, the low-income demographic is a proxy for economically deprived students of color, usually where they would be the first generation to attend college.

For every 10,000 low-income, high-school freshmen, 6,600 will get a high school diploma, she found. Slightly more than half of those, roughly 3,860 will enter college – although only 710 will graduate college, i.e. seven percent. Among those who go to college, just 76 will have majored in a STEM field – and fewer than half, 30, will eventually earn a bachelor’s degree in a STEM field. "That’s 0.3 percent of the original 10,000," Kailikole observes.

"So we’re basically losing 25 percent of the population" that could have could have trained for and entered the STEM workforce, she says. That's a "horrific loss."

"And a surprise," she says. Much worse than federally compiled trend data indicated.

Ordinarily, she says, 16 percent of college graduates get degrees in STEM fields. And that’s what she saw when she followed students from across the nation, without stratifying by income: 2,400 out of every 10,000 will get a college degree, 200 in STEM fields. The fact that these STEM graduates come almost exclusively from middle- and upper-income families has basically escaped notice, Kailikole says. "And I think it’s because low-income hasn’t been on anybody's radar screen." Indeed, she found, few federal agencies look at STEM recruits by income level.

Their aggregating overall- and STEM-graduate figures, she says, hid the fact that one-quarter of the population has been disappearing from the STEM talent pool.

Her own experience as a college-math educator has shown that in many cases, low-income students enter college with an interest in and aptitude for STEM careers. Because these same students tend to enter college with both a greater financial need and "academic debt" – poor high-school preparation in STEM subjects – these students fall further behind their wealthier peers, semester after semester. Eventually, they decide it’s just too tough an uphill battle, she says, and they either switch majors or drop out.

Kailikole's institute will be looking to address these disadvantages at both the pre-college and college level in hopes of retaining low-income students in STEM fields. She doesn’t kid herself: "It will be a challenge."

Citibank has been among the most aggressive in paring the list of colleges it serves. JPMorgan Chase, PNC and SunTrust say they have not dropped whole categories, but are cutting colleges as well. Some less-selective four-year colleges, like Eastern Oregon University and William Jessup University in Rocklin, Calif., say they have been summarily dropped by some lenders.

The practice suggests that if the credit crisis and the ensuing turmoil in the student loan business persist, some of the nation’s neediest students will be hurt the most. The difficulty borrowing may deter them from attending school or prompt them to take a semester off. When they get student loans, they will wind up with less attractive terms and may run a greater risk of default if they have to switch lenders in the middle of their college years.

Tuition and loan amounts can be quite small at community colleges. But these institutions, which are a stepping stone to other educational programs or to better jobs, often draw students from the lower rungs of the economic ladder. More than 6.2 million of the nation’s 14.8 million undergraduates — over 40 percent — attend community colleges. According to the most recent data from the College Board, about a third of their graduates took out loans, a majority of them federally guaranteed.

"If we put too many hurdles in their way to get a loan, they’ll take a third job or use a credit card," said Jacqueline K. Bradley, assistant dean for financial aid at Mendocino College in California. "That almost guarantees that they won’t be as successful in their college career."

So far, financial aid administrators say they have been able to find fallback lenders that students can switch to, but the hurdles are costly to students — in money and time. The maximum interest rate on federal loans, now at 6.8 percent on the most commonly used loans, is set by Congress, but lenders are scrapping benefits, like rate cuts for borrowers who make their payments on time or allow direct withdrawals from bank accounts.

Some loan companies have exited the student loan business entirely, viewing it as unprofitable in the current environment. By splitting out community colleges and less-selective four-year institutions, some remaining lenders seem to be breaking the marketplace into tiers. Students attending elite, expensive, public and private four-year universities can expect loans to remain plentiful. The banks generally say these loans are bigger, more profitable and less risky, in part perhaps because the banks expect the universities’ graduates to earn more.

Lenders will not say how many colleges they have dropped, making it hard to determine just how many institutions have been affected. Although financial aid administrators say the trend is widespread, they are often reluctant to identify which lenders have stopped serving their colleges, for fear that it will complicate matters for current students who have taken out loans from those lenders and still need to deal with them.

Michelle McClain, 40, who is studying to become a teacher, learned on Friday that she would have to find a new lender after Citibank dropped William Jessup University. The news angered her.

"The loan is between me and the lender," Ms. McClain said. "I'm the one that’s taking out the loan, I'm the one whose credit is in jeopardy if I don’t pay it, I am the one totally responsible for the loan, and as long as I’m going to an accredited college, I don't understand why it would make one iota of difference where I am going to college."

The government has been taking additional steps to keep the student loan market operating smoothly. And some lenders’ doors remain wide open. Sallie Mae and Nelnet recently reaffirmed their commitment to federal loans regardless of the institution a student attends. Kristin Shear, director of student financial services at Santa Rosa Junior College, said that days after the school was dropped by Citibank, Wells Fargo called to say it was eager to lend to students there.

The banks that are pulling out say their decisions are based on an analysis of which colleges have higher default rates, low numbers of borrowers and small loan amounts that make the business less profitable. (The average amount borrowed by community college students is about $3,200 a year, according to the College Board.) Still, the cherry-picking strikes some as peculiar; after all, the government is guaranteeing 95 percent of the value of these loans.

Mark C. Rodgers, a spokesman for Citibank, which lends through its Student Loan Corporation unit, said the bank had "temporarily suspended lending at schools which tend to have loans with lower balances and shorter periods over which we earn interest. And, in general, we are suspending lending at certain schools where we anticipate processing minimal loan volume."

Financial aid officials in California said that Citibank had stopped making loans to students at all community colleges in the state. Mr. Rodgers said the bank would not provide details about which schools were affected.

The financial aid director at William Jessup, Korey Compaan, said he did not understand the bank’s explanation.

The government sets the criteria for college participation in federal loan programs, requiring that colleges be accredited and have low default rates to participate, for example. Now lenders are being more selective than the government.

"There’s been a certain amount of market segmentation going on, but this is the first time we’ve seen a lender, especially as large as Citibank, saying, 'We don’t want to do business with you,'" said Samuel F. Collie, director of financial aid at Eastern Oregon University in La Grande, Ore.

"There’s a fundamental issue of fairness and equity that’s certainly not being addressed in this," Mr. Collie said. "But short of completely revamping the way that financial aid, especially loans, is being delivered to students in this country, I don’t know that we have any easy answers."

The credit crisis, which has made it harder for some lenders to raise money, and a reduction in the government’s subsidy to lenders have contributed to the reevaluations by the lenders.

"This is one of those perfect storm situations," said Susan L. Mead, director of financial aid at Dutchess Community College in New York. She said her institution had been dropped by no less than six lenders: HSBC, Citibank, M&T, Chase, Citizens Bank and Student Loan Xpress.

Christine Holevas, a spokeswoman for Chase, said that the bank considered several factors in deciding whether to lend to a particular college’s students. "The repayment rate, you look at the size and length of the loan," she said. "We have tightened credit standards, yes, but we haven’t cut off any category of school."

Hugh Suhr, a spokesman for SunTrust, said it was "stepping away from some relationships" with universities, but that this was "not based on any particular type of school." Mr. Suhr said the bank continued to lend to students at a range of institutions.

Another danger for students is that as they are forced to find and switch to replacement lenders, they may lose track of some debt obligations and miss a few payments.

"It might put them in default," said Claudia Martin, director of financial aid at Monterey Peninsula College, a community college in California that was dropped by Citibank and two other lenders. "We always recommend that a student stay with the same lender all through school."

Commercial colleges, among the first to suffer when lenders withdrew from the market, have been openly critical of the new differentiation.

"From what I can tell from our lawyers, it’s not technically illegal for them to reject schools," said Harris N. Miller, the president of the Career College Association in Washington, a trade group for commercial colleges. "I just think that’s very objectionable."
Posted by Mercury at 7:14 PM

Email ThisBlogThis!Share to TwitterShare to FacebookShare to Pinterest
Labels: financial assistance for junior colleges, gender and race in science