A helping hand in education--American University of Iraq 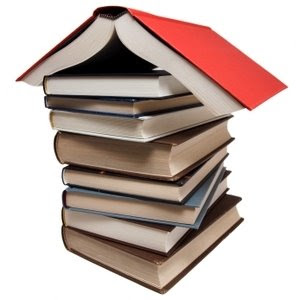 "Book Drive for Iraq: How you can do your bit to build democracy"

It's quite common to read, usually from liberal opponents of the engagement in Iraq, that George W. Bush's administration hasn't asked the American people to make any sacrifices. I must confess that I never quite understand this criticism. As a society, we collectively contribute a great deal from our common treasury to give Iraq a fighting chance to recover from three decades of war and fascism and to prevent it from falling into the hands of the enemies of civilization. And as fellow citizens, we experience the agony of loss when our soldiers, aid workers, civil servants, and others are murdered. (That each of these is a volunteer is a great cause for national pride.)

However, I do believe that many people wish they could do something positive and make a contribution, however small, to the effort to build democracy in Iraq. And I have a suggestion. In the northern Iraqi city of Sulaymaniya, the American University of Iraq has just opened its doors. And it is appealing for people to donate books.

Here is some background: In 2006, the McKinsey consulting group was hired by my friend Barham Salih, the deputy prime minister of Iraq, to produce a business plan for a university along the lines of the existing success stories of the American Universities in Cairo and Beirut. The board of trustees includes Ayad Allawi, Iraq's former prime minister, Fouad Ajami of Johns Hopkins, Kanan Makiya of Brandeis, and Iraqi President Jalal Talabani. The U.S. Congress has pledged more than $10 million to the project, as has the Kurdish Regional Government, the autonomous administration of the country's northeastern provinces. For reasons of security, the only campus open at present is in this area of Iraq, where Americans are not targeted and where al-Qaida dares not operate. But Salih, who is himself a Kurd and a native of Sulaymaniya, hopes that as the situation on the ground improves, there will also be campuses in Baghdad and Basra.

Among the projects already underway are an M.B.A. program in concert with Hochschule Furtwangen University in Germany and an English preparatory program run jointly with the American English Institute at the University of Oregon. An environmental-studies department is envisioned, with money from the government of Italy, to address the recuperation of Iraq's southern marshes, the largest wetlands in the region, which were subjected to deliberate destruction by the regime of Saddam Hussein. The University of Vermont is hosting videoconferencing sessions in political science on such topics as federalism and church-state separation.

As anyone who has read the Arab Human Development Reports will know, the Arab region—which at the time of the Abbasid caliphate in Baghdad was one of the world centers of humanistic learning and philosophy—is in a profound crisis of intellectual unfreedom. It boasts of no great centers of study; it translates pathetically few books from other languages and cultures; it is prone to waves of intolerance and fanaticism under which books are actually burned. Thus the attempt to reverse this trend and to lay the foundation of a liberal and cosmopolitan education for the next generation of educated Iraqis is of the highest importance from every conceivable point of view.

I recently received a progress report from Sulaymaniya from Thomas Cushman, who is a professor in the sociology department at Wellesley College and the founding editor of the Journal of Human Rights. He tells me that the American University attaches very special importance to the establishment of a library in English. An initiative has been set up to furnish the campus with the most up-to-date books that can be provided. As Cushman writes:

What I did was ask colleagues to donate books, which they did in good numbers. We sent thirty cartons of first-rate books, especially on global affairs, history and literature and they are housed in the new library. … The university is especially in need of technical books, social science books, software even. … Nathan Musselman, the Prefect of the University who is teaching a class, wrote to me thrilled to tell me that the students were now writing their term papers in English and using many of these books as their main sources for research. He is greatly desirous of receiving more, now that the initial library is set up. … So the idea is to get people to donate in a more micro way; to send one or two new, current and important books (perhaps they have review copies, extra copies, etc) to the new library of the University. All of these small polyps could yield a substantial coral reef of knowledge for the new generation of students there.

So here's what to do. Have a look at the university's Web site. Get some decent volumes together, pass the word to your friends and co-workers to do the same, and send them off to:

It's important to include the number at the end.

When I first saw the city of Sulaymaniya in 1991, it was still under occupation by Saddam Hussein's army, and the Kurdish region in general was a howling wilderness of wrecked towns and gassed, "cleansed" villages. The graves from that time are still being dug up, but on my last visit, in 2006, the main emphasis was on reconstruction and investment, with the city proudly opening its own airport with direct flights from outside the country. Anyone who can help in this process of emancipation, in however small a way, should be proud to do so.