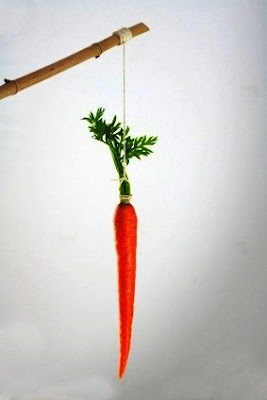 In Fresno, he says he would award $300 million to whoever developed a new device that could efficiently power cars.

Sen. John McCain added an unusual twist to his emerging energy agenda Monday, promising to award a $300-million prize to the inventor of a next-generation battery that could power electric vehicles. The prize amount is small relative to the billions of dollars the federal government spends on other energy industries. The Bush administration has already pledged $1.2 billion toward research on hydrogen fuel cells, a technology that proponents say is 10 or more years from viability.

But the Arizona senator spoke expansively Monday of the potential of American ingenuity. "We are the country of Edison, Fulton and two brothers named Wright," he said at a town hall event at Fresno State University's Satellite Student Union. "Think of all the highest scientific endeavors of our age: the invention of the silicon chip, the creation of the Internet, the mapping of the human genome."

It is unclear how effective McCain's proposal would be in reducing America's dependence on foreign oil. Battery experts said the prize's effect might be limited.

"In the battery business, you need to spend $100 million just to get warmed up," said David Vieau, chief executive of battery maker A123 Systems, based in Watertown, Mass.

The company is one of two suppliers developing batteries for the much-anticipated Chevrolet Volt, which is intended to run on battery power for 40 miles before a gasoline generator kicks in. General Motors plans to deliver the car in late 2010.

McCain said he came up with the $300 million by comparing it with a much-ridiculed $233-million earmark for the so-called bridge to nowhere in Alaska and noting that his prize would cost about a dollar for "every man, woman and child in America."

Sen. Barack Obama's presidential campaign dismissed the proposal as "tinkering at the edges."

The two campaigns have been sparring over how to address skyrocketing gasoline prices and climate change.

In mid-April, McCain proposed a summer gas-tax holiday that would suspend federal gasoline and diesel taxes. That proposal was matched by Hillary Rodham Clinton but derided as a gimmick by Obama, who said it would not resolve the country's reliance on petroleum.

The Illinois senator, who advocates more federal support for renewable energy sources and higher fuel efficiency standards for vehicles, has taken aim at oil speculators, whom he has blamed for the recent run-up in prices.

McCain said last week that he wanted to open up additional areas off the nation's coasts for oil and gas exploration, and aggressively promote construction of more nuclear power plants.

A recent poll showed public support for increased drilling. But McCain's proposals drew attacks from environmentalists, who have long criticized nuclear power as an expensive and hazardous substitute for fossil fuels such as coal or natural gas.

Environmental groups have fought for years for more federal support for gas-efficient and gas-free vehicles as a way to reduce oil dependence and greenhouse gas emissions. McCain has occasionally backed those efforts, joining Democrats to co-sponsor legislation in 2002 to raise vehicle fuel efficiency standards. But more often, he has fought such initiatives.

He opposed legislation to require utilities to derive more power from renewable sources such as wind or solar. He helped vote down higher vehicle fuel standards in 2003 and 2005, although he supported an increase that passed last year.

"It's a good use of taxpayer money to solve this great danger," Holtz-Eakin said, although he declined to say how much the senator's new proposals would cost.

Battery-powered electric vehicles are not a new idea. A century ago, at least half a dozen manufacturers made electric cars, and the first car to break the 60-mph barrier was powered by electricity. But with improvements in the gasoline engine, the technology was shelved.

Electric cars returned in the mid-1990s as car makers produced them to comply with California laws mandating emission-free vehicles.

Those programs were soon abandoned, with General Motors, the most active participant, producing scarcely 2,000 of its EV1 cars. It recalled the last models (which were leased, not sold) and by 2003 had finished destroying them.

Now, with gasoline prices soaring, GM, Toyota, Nissan and Mitsubishi have all pledged to bring battery-powered cars to market in the U.S. between 2010 and 2012.

Only one highway-legal electric car is available for purchase in the U.S.: the $100,000 Tesla roadster. Like the cars proposed by the large auto makers, it relies on lithium ion batteries, the same technology used in cellphones and laptop computers.

Widely regarded as the most promising technology, lithium ion batteries still raise safety concerns, as evidenced by the laptop fires of recent years.

Perhaps a more important issue is cost. Today's batteries cost as much as $25,000 per car, making them far too expensive for an auto maker to turn a profit.

Reducing that price is considered the battery car's main challenge.

At Fresno State on Monday, McCain admired a pair of sleek, shiny Tesla sports cars -- which can go from zero to 60 in four seconds -- on site for the event, calling them "a breakthrough in technology."

Yet he also spoke in favor of hydrogen fuel cells, which have consistently received more funding than batteries have. "We've got to have a thousand flowers blossom," McCain said.

Electric car advocates reserved judgment on the candidate's proposal to give a $5,000 tax credit for zero-emission cars, along with smaller credits for cars that have very low carbon emissions. In recent years, the government has given tax credits of as much as $3,150 for buyers of hybrids such as the Toyota Prius, although many of those credits have expired.

The House passed an energy bill in May that includes a tax credit worth up to $5,000 for electric and plug-in hybrids. The measure is pending in the Senate.

Chelsea Sexton, executive director of Plug In America, which advocates electric vehicles, said the McCain proposal is too vague about what sorts of vehicles would receive it. "The devil will be in the details," she said.

Ed Kjaer, director of electric transportation at Southern California Edison, said any battery proposals should contain measures to ensure that they are made in the U.S.

"This is a national security issue and we don't want to trade reliance on one foreign fuel for reliance on a foreign energy storage technology," Kjaer said.
Posted by Mercury at 7:58 AM