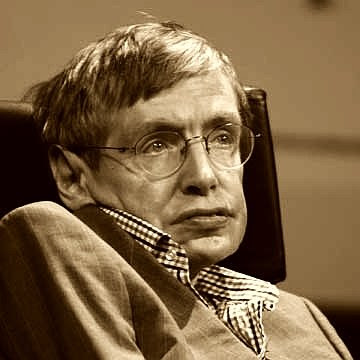 I don't think these protestations and warnings from Stephen Hawking will do any good. His clout has diminished and when it comes to money....money usually wins.

Telegraph.co.uk
The "disastrous errors" that have led to £80 million of cuts in Government funding for research budgets threatens Britain's standing in the international scientific community, Stephen Hawking has warned.

Professor Hawking, Britain's highest profile scientist, has taken the unusual step of releasing correspondence accusing ministers of errors in their calculations on spending and warning that several university physics departments may be forced to close.

Prof Hawking, the Lucasian Professor of Mathematics at Cambridge University, has been angered by the Government cuts to physics departments as part of a restructuring of the nation's scientific resources.

Last year, two major funding bodies, the Particle Physics and Astronomy Research Council and the Council for the Central Laboratory of the Research Councils, were merged.

Critics claim that mistakes in working out the cost of running laboratories led to an £80 million shortfall when the resulting body, the Science and Technology Facilities Council, was established.

"This book-keeping error has disastrous implications," Professor Hawking said in his letter directed at the Government. "There is a possibility that very severe cuts will be made in the grants awarded to UK research groups. These grants are the lifeblood of our research effort; cutting them will hurt young researchers and cause enormous damage both to British science and to our international reputation."

He added: "They could well lead to several physics departments closing."

An independent inquiry has been launched into Britain's science crisis. This week, Ian Pearson, the science minister, is scheduled to publish a report replying to a select committee that was disparaging about the Government's science policy.

The cuts have threatened the jobs of 600 physicists, cast doubt over the Jodrell Bank radio telescope at Manchester University and led to suggestions that Britain may be forced to pull out of international projects such as the Gemini telescopes on Hawaii.

Yesterday it was also reported that Prof Hawking has turned down a knighthood. His name was once again a notable omission from this weekend's Queen's birthday honours list. His exclusion has raised eyebrows as scientists with a lesser public profile have received recognition.

The mystery was explained, however, by his spokesman who was quoted as saying: "Prof Hawking does not like titles. In fact he dislikes the whole concept of them."

Professor Hawking is not alone in his concern for the lack of funding for science. Neil Turok, Professor of Mathematical Physics at Cambridge and a colleague of Prof Hawking, has decided to leave Britain to become director of the Perimeter Institute in Ontario, Canada, this autumn.

"Experiments that are at the cutting edge of physics are designed to test theories, so theory is essential to their interpretation," Prof Turok said at the weekend.

"What the Government is doing by cutting theory is consigning the UK to funding buy not benefiting from these big experiments. It really is a dumb policy."

A Department of Innovation, Universities and Skills spokesman said: “Government funding for science has more than doubled over the last decade, rising to more than £4 billion by 2010//11. While it is right that Government sets the overarching strategy the research community and scientists them selves set priorities and distribute funds through a process of peer review.

"Our overall expenditure on physics research through the Research Councils already exceeds £500 million per year. No deficits were inherited by STFC as a result of the merger of the two previous research councils and it will see £185 million increase in its funding over the next three years. We look forward to the outcome of the Wakeham Review into physics funding in September. The STFC has assured us that no precipitate decisions on grant funding are taken before the review reports."


British politics and science
Posted by Mercury at 11:45 AM