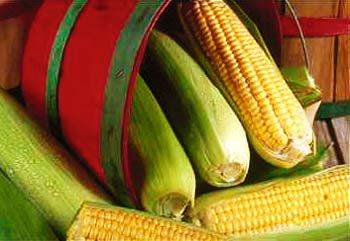 I often thought it was a merchandising scheme. The Yuppies and nouveau riche bought it.


"Organic food no better for vitamins and nutrients, suggests US study"

Organic produce no more nutritious than regular food, say researchers, but it does generally reduce exposure to pesticides

Organic produce and meat typically is no better for you than conventional food when it comes to vitamin and nutrient content, although it does generally reduce exposure to pesticides and antibiotic-resistant bacteria, according to a US study.

Crystal Smith-Spangler, who led a team of researchers from Stanford University and Veterans Affairs Palo Alto Health Care, reviewed more than 200 studies that compared either the health of people who ate organic or conventional foods or, more commonly, nutrient and contaminant levels in the foods themselves.

According to US department of agriculture standards, organic farms have to avoid the use of synthetic pesticides and fertilisers, hormones and antibiotics. Organic livestock must also have access to pastures during grazing season.

However, many of the studies used did not specify their standards for what constituted "organic" food,, the researchers wrote in the Annals of Internal Medicine.

Smith-Spangler and her colleagues found there was no difference in the amount of vitamins in plant or animal products produced organically and conventionally – and the only nutrient difference was slightly more phosphorous in the organic products.

Organic milk and chicken may also contain more omega-3 fatty acids, but that was based on only a few studies.

More than one-third of conventional produce had detectable pesticide residues, compared with 7% of organic produce samples. Organic pork and chicken were 33% less likely to carry bacteria resistant to three or more antibiotics than conventionally produced meat.

Smith-Spangler said it was uncommon for either organic or conventional foods to exceed the allowable limits for pesticides, so it was not clear whether a difference in residues would have an effect on health.

But others said more research was needed to fully explore the potential health and safety differences between organic and conventional foods, and it was premature to say organic foods were no healthier than non-organic versions.

"Right now I think it's all based on anecdotal evidence," said Chensheng Lu, who is studying environmental health and exposure at the Harvard School of Public Health.
Posted by Mercury at 9:31 AM