Ecdysiasts are artists and should not be taxed? 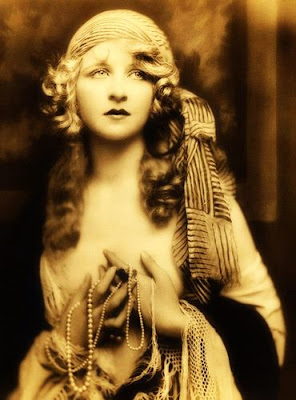 Nite Moves in Albany contests tax bill of $124,000 and claims to be a 'place of amusement featuring dramatic performances'

A suburban strip club in upstate New York was to go to court on Wednesday to argue that exotic dances are "art" and should be exempt from state tax.

In a 2005 audit, the state taxation agency determined that Nite Moves strip club in Albany – which claims to be the only club in New York's state capital to have fully nude private dancers – did not pay proper sales tax. The state department of taxation and finance billed Nite Moves more than $124,000.

Nite Moves offers traditional table side dances and dances in private rooms that are performed completely in the nude. Auditors say that the club owes taxes on club admission and on the private dances, which guests must pay an additional charge for.

The strip club contested the assessment, arguing that it is "a place of amusement featuring dramatic or musical arts performances."

In the petitioner's brief (pdf), Nite Moves' lawyer W Andrew McCullough presented DVDs of YouTube clips dancers use for training and videos of performances from the club as evidence that the routines are choreographed and are therefore considered art. The brief also says some of the dancers have trained in ballet, jazz and gymnastics.

To further attempt to prove that Nite Moves is comparable to a theater, the brief explains that the venue has dressing rooms, a master of ceremonies, ushers and waiting staff.

Wednesday's oral arguments will also feature testimony from a cultural anthropologist who has visited the strip club and has studied exotic dancing.

Unlike most strip clubs, Nite Moves does not sell alcoholic drinks, so the standards for tax-exempt status are different.

According to AP, a judge in administrative court initially ruled in favor of Nite Moves and said: "The fact that the dancers remove all or part of their costume … simply does not render such dance routines as something less than choreographed performances."

New York's tax appeals tribunal opposed this ruling and said the club did not provide sufficient proof of exemption.

The tribunal's ruling was upheld in appellate court: "In our view, there can be no serious question that – at a bare minimum – petitioner failed to meet its burden of establishing that the private dances offered at its club were choreographed performances."

New York's highest court – the court of appeals – agreed to hear the case last year. The court usually takes a month to reach a decision.