Curiosity could jeopardize data by contanination 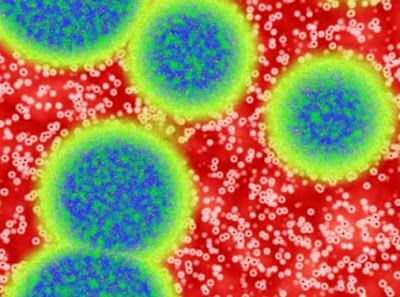 If Curiosity locates H2O, a simmering NASA controversy will boil over. The rover's drill bits may be tainted with Earth microbes that could survive upon touching water.
by

For all the hopes NASA has pinned on the rover it deposited on Mars last month, one wish has gone unspoken: Please don't find water.

Scientists don't believe they will. They chose the cold, dry equatorial landing site in Mars' Gale Crater for its geology, not its prospects for harboring water or ice, which exist elsewhere on the planet.

But if by chance the rover Curiosity does find H2O, a controversy that has simmered at NASA for nearly a year will burst into the open. Curiosity's drill bits may be contaminated with Earth microbes. If they are, and if those bits touch water, the organisms could survive.

The possible contamination of the drill bits occurred six months before the rover's launch last Nov. 26. The bits had been sterilized inside a box to be opened only after Curiosity landed on Mars.

But that changed after engineers grew concerned that a rough landing could damage the rover and the drill mechanism. They decided to open the box and mount one bit in the drill as a hedge to ensure success of one of the most promising scientific tools aboard Curiosity. The drill is to bore into rocks looking for clues that life could have existed on the planet. Even if a damaged mechanism couldn't load a drill bit, at least the rover would have one ready to go.

Under the agency's procedures, the box should not have been opened without knowledge of a NASA scientist who is responsible for guarding Mars against contamination from Earth. But Planetary Protection Officer Catharine Conley wasn't consulted.

"They shouldn't have done it without telling me," she said. "It is not responsible for us not to follow our own rules."
Those rules required sterilization of any part of Curiosity that will touch the surface of the planet, including the drill bits and all six of the rover's wheels. The precaution was taken to preserve the ability to explore water or ice — even if the chances of finding it were remote.

Conley, a microbiologist, said she learned about the unsealing of the box shortly before the launch. By then, it was too late to fix.

Other NASA officials said the decision to open the box of drill bits was a calculated risk.

"Water or ice near the surface in Gale Crater was not a significant probability," said David Lavery, program executive for solar system exploration at NASA headquarters. "We weighed that against the risks of not having a bit mounted in the drill prior to launch, and the specter of not being able to drill any holes at all on Mars."
"Of course, there is always a possibility that Mars will surprise us," Lavery said.

The box containing the bits was unsealed in a near-sterile environment, he said. Even so, the breach was enough to alter aspects of the mission and open a rift at NASA between engineers and planetary protection officials.

Curiosity was first proposed in 2004 under a mission category that would have allowed it to explore a region with ice and water. That category called for sterilizing portions of the spacecraft that would contact the surface of Mars to avoid contamination of moist areas where microbes — from Earth or from Mars — have the best chances of survival.

On Nov. 1, after learning that the drill bit box had been opened, Conley said she had the mission reclassified to one in which Curiosity could touch the surface of Mars "as long as there is no ice or water."
Conley's predecessor at NASA, John D. Rummel, a professor of biology at East Carolina University, said, partly in jest: "It will be a sad day for NASA if they do detect ice or water. That's because the Curiosity project will most likely be told, 'Gee, that's nice. Now turn around.' "

If water is found, Curiosity could still conduct tests from a distance with instruments including a laser and spectrometers.

About 250,000 bacterial spores throughout Curiosity are assumed to have survived the landing, officials said. Nearly all of them are believed to have perished within minutes of exposure to the harsh Martian conditions in Gale Crater — freezing temperatures, intense ultraviolet radiation and an atmosphere of mostly carbon dioxide.

But scientists have learned in recent years that some Earth life forms can live in space and in at least some of the conditions found on Mars. The European Space Agency discovered that lichens launched on a Russian Soyuz rocket in 2005 survived several days of full exposure to the vacuum of space and ultraviolet and cosmic radiation.

Just this year, Andrew Schuerger, a plant pathologist and expert on the survival of terrestrial microorganisms under Martian conditions, found a bacterium species capable of growing in conditions present on the surface of Mars, including air pressure of just seven millibars. Air pressure on Earth is 1,017 millibars at sea level.

NASA officials announced this week that one month into its two-year mission, Curiosity had made a scheduled pit stop while en route to Glenelg Intrigue, a tantalizing confluence of three types of terrain targeted for the first drilling experiment. The pause allows scientists to run tests on the mechanical joints of the rover's robotic arm and surface sampler, or scoop, and other instruments designed to help crack Mars' mysteries.

Sometime next month, NASA scientists are expected to select a rock at Glenelg Intrigue and bore into it with the drill, which will then transfer aspirin-size samples of powder from the rock into science instruments housed in the belly of the rover. Conley has no concerns that the experiment will contaminate the site because she believes any surviving organisms will die swiftly.

Fear of microbial contamination of the Martian environment long ago moved NASA and a United Nations space advisory committee to divide the planet's surface into areas based on the probability of encountering ice and water. The group also recommended sterilizing spacecraft destined for areas with ice and water.

Contaminating another planet is an ethical concern for scientists, as well as a practical one.

"We keep learning more and more about Mars and the amazing durability of life," said Bruce Betts, a spokesman for the Planetary Society in Pasadena. "So wouldn't it be tragic if some future expedition were to discover life on Mars only to discover later that it had actually discovered life from Earth?"