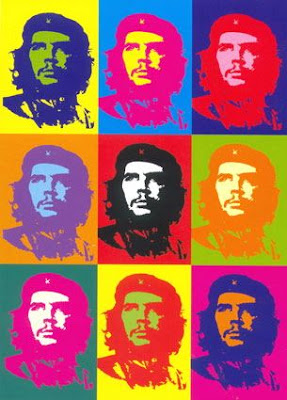 Series of auctions, private sales and online events will include items never before seen by the public

The Andy Warhol Foundation for the Visual Arts in New York is selling its collection of the artist's works through Christie's auction house to raise money for its endowment.

The foundation and the auction house announced the agreement on Wednesday.

Christie's will hold a series of auctions, private sales and online events over the coming years. The chief executive of Christie's, Steven Murphy, said the sales would bring Warhol's work to people "who never before imagined" they could own any.

The collection includes items ranging from prints to photographs, some of which have not been seen by the public.

An Andy Warhol silkscreen of the actor Marlon Brando, clad in leather astride a motorcycle from the movie The Wild One, is expected to sell for $20m (£12.6m) when it hits the auction block in November, Christie's said.

Marlon, a 1966 silkscreen that is one of the late pop artist's most famous Hollywood portraits, will be part of the auction of postwar and contemporary art. It is being sold from the collection of businessman and Museum of Modern Art trustee Donald Bryant Jr.

"Alongside his portraits of Elvis Presley, Warhol's image of Marlon Brando exudes a raw sexuality and intense power rarely found in his work," said Brett Gorvy, Christie's chairman for postwar and contemporary art.

The image of Brando was taken from a publicity photo for the 1953 movie about motorcycle gangs.

Marlon will be sold at Christie's New York headquarters on 14 November. The sale coincides with the Metropolitan Museum of Art's exhibitioin of works by Warhol.