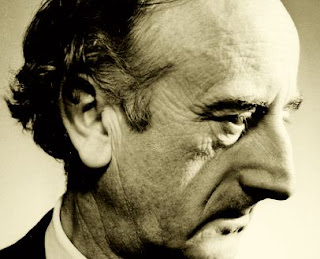 "Philosopher with abiding interest in nature of truth and free will"

DJ O'CONNOR: IN 1957, two years after Exeter University gained its royal charter, Daniel John O’Connor, who has died aged 98, set about expanding its philosophy department. Known to colleagues and students as Dan, he was a gifted communicator. His clear, precise thinking is evident in 10 books and numerous papers.

A student and then close friend of AJ Ayer and Karl Popper, O’Connor shared, but was not limited by, their commitment to logical empiricism, taking logic, mathematics and the physical sciences as a primary focus for reflection, and as a foundation for the clarification of long-disputed philosophical problems.

One of his earliest papers, “Is There a Problem About Free Will?” (1940), pointed to his abiding interest in the conflict between our beliefs in our freedom of choice and in the causal predictability of all events in the physical world. His book Free Will (1971) displays a non-partisan approach: an empiricist might have simply adopted the determinist’s generalisation that “Every event has a cause” to close the case against free choice, but instead O’Connor argues that although the generalisation may be true, it has clearly not been proved to be so.

Therefore it cannot be treated as a scientific law. Scientific laws are confirmed and falsifiable hypotheses that have not yet been falsified, he insists, while the determinist’s generalisation is neither.

The Correspondence Theory of Truth (1975) explored the difficulties in spelling out the relation between statements of empirical fact and the world which makes them true. The intent of correspondence theorists is to treat concepts as the work of the perceiving and thinking mind, which gives us our articulated experience of objects, their properties and their interrelations: the world itself is therefore lacking this conceptual articulation.

O’Connor dismisses attempts at depicting this world as a collection of “facts” or “states of affairs”, for these are already conceptually structured, and instead proposes a two-stage model of the relations between world, perception and statements. For this he introduces his own term, the status rerum, for the “raw unexperienced welter of objects and events”.

At the first stage, our sense organs provide a limited conceptual awareness of things and their properties, situations and events. At the second stage the final selection process of language results in statements that are candidates for truth. The idea of the status rerum has proved controversial, for a welter of objects and events hardly constitutes an unstructured and unconceptualised place. Welcoming the controversy, O’Connor defended his idea to the end.

An Introduction to the Philosophy of Education (1957) sparked another debate. Can theories decide such questions as whether to abolish the grammar-school system, extend formal education beyond the age of 16, or expand the university intake? O’Connor takes it that a “theory” must be both explanatory and predictive, and so open to the possibility of being falsified. Any educational theory can draw only on such sciences as psychology and sociology. What it cannot do, according to O’Connor, is lead to any prescriptions for modifications of educational practices.

This attempt to keep educational theories free of value judgments was strongly challenged by others such as RS Peters, Paul Hirst and Alan Montefiore, who sought to reintegrate values within educational theories and hence ensure their power to guide practice. O’Connor’s approach provided generations of students of education with a clear intellectual starting point, even if few agreed with him. His interest in the history of philosophy extended well beyond the empiricist tradition. He wrote influential works on John Locke (1952) and on Aquinas and natural law (1967), and compiled A Critical History of Western Philosophy (1964).

Born in Seattle, Washington state O’Connor was the son of an Irish diplomat, also Daniel, and Frances Call, from Northern Ireland. Under the stagename Joseph O’Conor, O’Connor’s brother was an acclaimed Shakespearean actor – and Old Jolyon in BBC’s 1966 Forsyte Saga. He also had a sister, Maureen.

Following a Jesuit education at Wimbledon College, southwest London, in 1933 O’Connor went to work at the ministry of education. As a part-time student at Birkbeck College, London, he gained a BA and a PhD in classics, and then a BA in philosophy. He was a Commonwealth Fund fellow at the University of Chicago, where he gained an MA in philosophy under Rudolf Carnap, another logical empiricist, in 1947.

Early posts in South Africa and at the University College of North Staffordshire led to chairs at Liverpool University (1954-57) and then Exeter (1957-79). He was at various times president of the Mind Association, the Aristotelian Society and the British Society for the Philosophy of Science.

O’Connor had a keen interest in classical music and in literature. He was an accomplished chess player and a regular figure on the cricket field for Exeter. 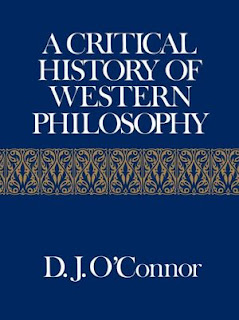 A Critical History of Western Philosophy