Not new...a social gathering like "tail gating" or "listening to the radio" 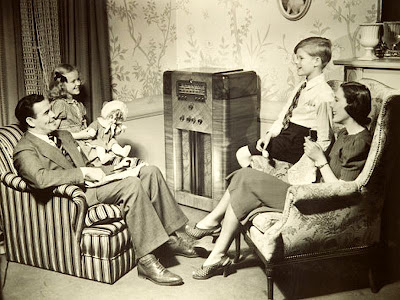 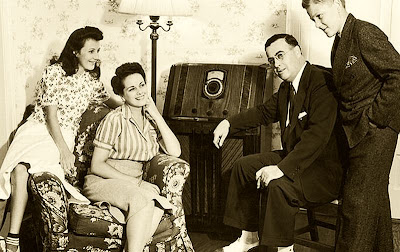 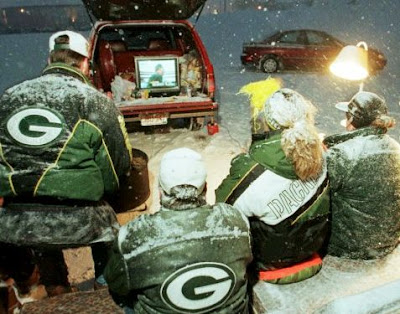 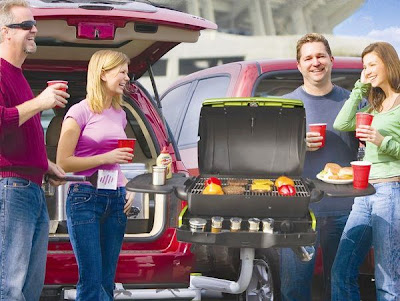 "Tailgate Parties Are a ‘Powerful Impulse’ and a Microcosm of Society"

Think football, and odds are you think tailgate party. And with good reason — the tailgate party is among the most time-honored and revered American sporting traditions, what with the festivities, the food and the fans. And the beer. Don’t forget the beer.

To the untrained eye, these game-day rituals appear to be little more than a wild party, a hedonistic excuse to get loaded and eat barbecue. Not at all. They are, according to Notre Dame anthropologist John Sherry, bustling microcosms of society where self-regulatory neighborhoods foster inter-generational community, nurture tradition and build the team’s brand.

Sherry didn’t always feel this way. There was a time when he considered tailgating a boisterous nuisance, little more than a gauntlet of unrelated and unruly celebrations to be run if he were to reach his seat in Notre Dame Stadium. But then he had an epiphany: What if there was meaning to the madness?

“One day I slowed down and paid attention to things that were going on that weren’t individual celebrations,” he said of research presented in A Cultural Analysis of Tailgating. “It was much more nuanced that I had thought before.”

Sherry consulted the existing literature on the subject and found bupkis. Most studies on tailgating come to Onion-esque conclusions like “tailgating leads to drunkenness” or examine the environmental impact (.pdf) of all that trash. Sherry looked deeper into tailgating and saw a whole lot of consumption akin to that of, say, ancient harvest festivals. He recruited colleague Tonya Bradford, trained a few research assistants and started attending tailgate parties and interviewing fans to learn more.

Notre Dame was a convenient place to start, given its rich football tradition. But Sherry and Co. hit the road too, attending Irish away games and checking the scene at Big Ten Conference schools. They talked to fans of every stripe, from alumni with six-figure RVs to students. And they discovered what every true football fan eventually discovers.

“What we really found was a real active and orchestrated effort in community building,” said Sherry. “People have tailgated in the same place for years, they have tailgated through generations, they have encountered strangers who have passed through and adopted them to their families and became fast friends. They have created neighborhoods.”
This much was obvious Saturday at the University of Utah-Brigham Young University game I attended. The parking lot around Eccles Stadium was thick with trucks and trailers and RVs, the air was thick with the smell of cooking meat. The lot was divided into “streets” and “neighborhoods” populated by fans who have in many cases known each other for years.

University of Utah football fan Jacque Jackman has been tailgating outside Eccles Stadium for 15 years with Gus, a fully decked-out trailer. Gus is as much a part of the scene as the barbecue and beer, and passersby join in the family tradition of “kissing Gus’ ass,” smooching the back of the trailer as if it were the Blarney Stone. Lipstick imprints are left until the next season.

Across the “street” sat Brad Shephard and his family. They’ve been tailgating since the 1970s, and people they met at the parking lot parties threw a wedding shower for her and his wife, Mary. When his father died, those same tailgating compatriots attended his funeral. Tailgating, they said, is about being part of something larger than yourself, of joining in a shared experience.

“If they’re wearing a Utah shirt, you’ll give them anything,” Mary Shephard said, serving a hungry fan, whom she just met, a heaping helping of sausage with a side of potato salad.

In that way, is about creating a sense of community — of belonging. The stadium parking lot is where people of all backgrounds come together in a common ritual. Many people go to great lengths organizing and staging their parties, creating what are, in effect, miniature kitchens and living rooms, complete with memorabilia and even photos. These fans aren’t attending something, they’re building something — so much so that Sherry met fans who bring dirt from their hometown to maintain a geographical connection.

This does more than build community. It builds a brand. Fans contribute to the creation of the culture and branding of their school as individual traditions are incorporated into the university traditions.

“They feel pride and ownership,” he said. “They are the embodiment of the brand.”

This is not to say that tailgating isn’t occasionally marred by fights and boorish behavior. Mix several thousand people, copious amounts of liquor and the charged emotions of a heated rivalry and you’ll have a few jerks and idiots. But tailgating — which has proven exceedingly difficult for schools to regulate — is in many ways self-policing, Sherry found.

“They try to avoid it being like a European soccer match,” he said. “In many cases tailgaters go out of their way to regulate each other and are conscious of over-serving. They have a lot of informal power, too.”

Although Sherry didn’t attend any pro games, he’s pretty sure he’d find the same thing there. Fans are fans whether the team plays in the NCAA or NFL, and the loyalties and rivalries are no less intense. “It’s visceral,” Sherry said. “Celebration around football is a powerful impulse.”
The American football game tailgate party combines the attributes of a carnival, the air of a festival and the tradition of a ritual to create something utterly unique in sports. Sherry and his colleagues call it a “vestaval,” after Vesta, the Roman goddess of hearth and home.

“You’re turning your house inside out so people can see your domestic life and participate in your family,” Sherry said. “That doesn’t happen anywhere else.”
Posted by Mercury at 6:19 AM