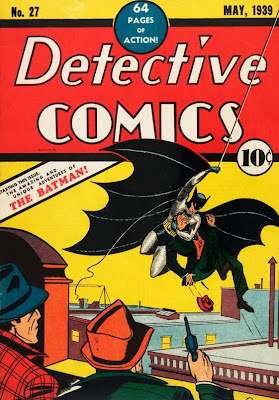 His colleagues who dealt in other collectibles had hit the seven-figure mark before — the house has sold dozens of coins for $1 million or better — but this time his comics enterprise was hitting the big time.

“When we joined that million-dollar club with a comic, people took notice,” Sandoval told Wired in a recent interview. “The auction record at the time was just over $300,000. When we had that comic in our catalog, we were promoting it as a potential half-million-dollar item. Then we go into the live session and it’s like, ‘Did we say half-million? We meant 1 million!’”

That was just the beginning. The 20 most valuable comics ever auctioned off have all been sold since 2010. In the past two years, the astronomical selling prices of “holy grail” books like Action Comics No. 1 and Detective Comics No. 27 — powered at least in part by Hollywood cache — have triggered a boom in the comic book collectors’ market. Buyer interest shows no signs of slowing for first editions and other high-profile comics from long ago.

“With comic books, it’s partly a function of just a couple books that went on the market and went for sensational prices and that prompted other people who were just sort of holding on to these with no real motivation to sell to say, ‘Well if that one sold for that amount, then I guess I’m ready to sell mine after all,’” Sandoval said. “That was really the major factor.”

That and pure nostalgia. As the decades pass, new generations of people who grew up reading and loving comics reach a point where they want to revisit something they enjoyed when they were young, and finally possess the means to acquire it, said Michael Zapcic. A sort of living comic book encyclopedia who appears on AMC show Comic Book Men, Zapcic helps run Kevin Smith’s store Jay and Silent Bob’s Secret Stash, where he evaluates prized possessions that customers are trying to unload.

“Everyone hears about grandma, or their mother, throwing away their comic book collection from when they were a kid — I think that’s what drives prices up a little bit as well,” Zapcic told Wired. “People when they get to a certain age want to buy back pieces of their childhood, and that’s what keeps us in business — that and people who never outgrew the love of comic books.”

Nostalgia is one thing, but dropping more than $2 million on a copy of Action Comics No. 1 — which contains the first appearance of Superman and holds the current record, according to GPAnalysis, which tracks comics auctions and sales — is another. So it’s hard not to wonder if the prices will eventually flat-line or taper off. Both Zapcic and Sandoval seem to think the prices will at least maintain current levels.

Their reasoning sounds hard to believe until they explain why. It’s estimated that fewer than 100 copies of Action Comics No. 1 exist, Zapcic said, and only a few of those are in the kind of excellent condition that brings in multimillion-dollar bids. (The copy that sold for $2,161,000 in 2011 was graded 9.0 by the Certified Guaranty Company, the third-party institution that determines the overall quality of a given comic book.) Likewise, few copies of 1939?s Detective Comics No. 27, which contains the first appearance of Batman, are expected to surface.

When it comes to original artwork used for covers or inside panels, many of the creators of such historic comics — heavyweights like Bob Kane, Jerry Siegel and Joe Shuster — have passed away, making their contributions to the classic books part of comics’ enduring legacy.

“In a way, these are almost like Rembrandts or Picassos,” Zapcic said. “Because these are the last 100 that you’ll ever see of these, I don’t think the price will ever really go down. However, I don’t know how much [higher the prices] could go.”

In fact, comic book artists’ original panels are starting to bring in the same big bucks as the comics themselves: In May of last year, an original Frank Miller splash page from The Dark Knight Returns got an astounding $448,125 at auction. Then the sale was quickly surpassed when a piece of Todd McFarlane art from The Amazing Spider-Man No. 328 went for $657,250.

Those kinds of auctions have led to a big jump in the value of original art. “It’s not uncommon for us, at all, to sell a piece for $30,000 that somebody bought for 30 bucks in 1980,” Sandoval said. The numbers are obviously getting attention: Miller himself put some of his work up for auction earlier this year.

As comic book properties continue to be turned into major movie franchises, it only seems natural that the value of the source material will remain high, though Zapcic and Sandoval differ on what impact summer blockbusters have on prices. Movies might have a big impact on lesser-valued books, but not a huge effect on top-shelf collectibles. Sandoval said that although the Iron Man movies caused an uptick in the values of 1963?s Tales of Suspense No. 39, in which the superhero first appeared (a copy recently sold for $262,900), and in 1968?s The Invincible Iron Man No. 1, “none of the other superhero movies have had the same effect.”

For more moderately priced books, the movies can make a difference. For example, The Invincible Iron Man No. 55 — a 1973 comic that features the first appearance of Thanos, a Marvel Comics villain that showed up in The Avengers — was a “speculative book” that might have gone for $40 before Joss Whedon’s superhero movie landed in theaters, Zapcic said.

After The Avengers became a smash hit, the comic’s price soared. “I think the last time I checked, it was $275,” Zapcic said.

There’s another factor likely to drive prices higher: With the advent of electronic versions of comics, Zapcic suspects physical print runs will decrease, leading to a whole new reason for scarcity. And Sandoval notes that as comics artists move to creating electronically, there won’t be as many original panels to go around, either. 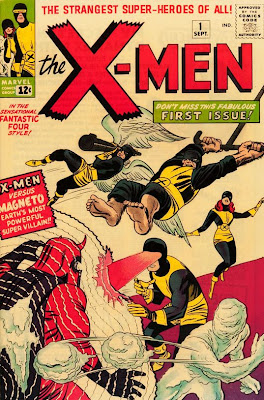 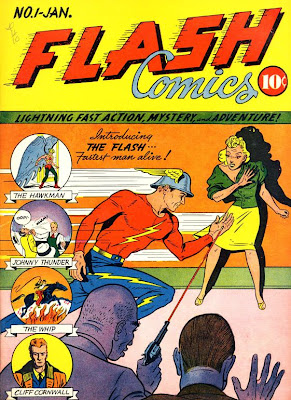 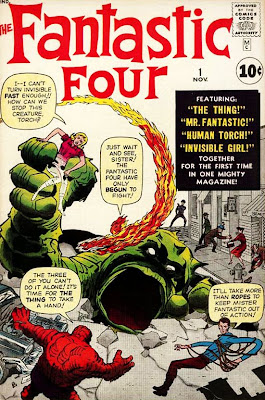