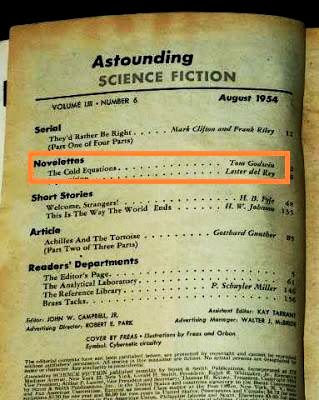 Email ThisBlogThis!Share to TwitterShare to FacebookShare to Pinterest
Labels: "The Cold Equations", philosophy, physics, x minus one